A CU Boulder-led study showing that injecting beneficial bacteria into mice can make them more resilient to stress has been named among the “top 10 advancements and breakthroughs” of 2016 by the nation’s leading non-governmental funder of mental health research.

Now, lead author Christopher Lowry, an associate professor in the Department of Integrative Physiology, is moving forward with clinical trials to see if altering the microbiome, or composition of resident bacteria, in military veterans with posttraumatic stress disorder can be beneficial. 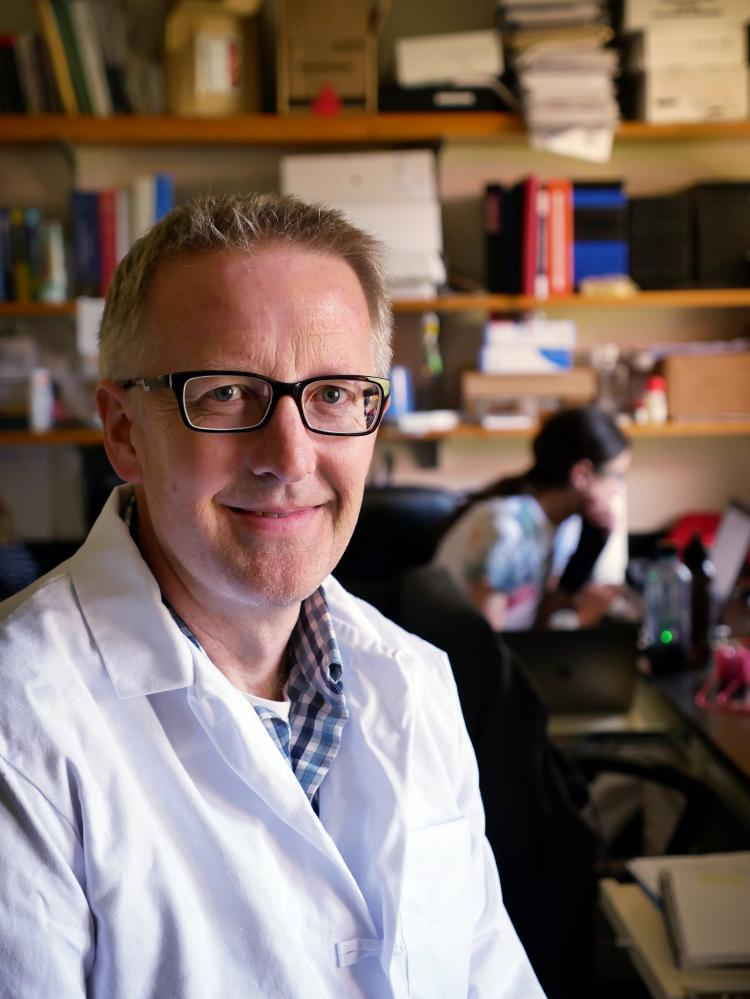 Christopher Lowry, an associate professor in the department of integrative physiology.

“There is a growing recognition that the microbiome can impact health in general and, more specifically, mental health,” said Dr. Jeffrey Borenstein, president of the Brain and Behavior Research Foundation, which this week announced its Top 10 breakthroughs. “Dr. Lowry’s work can potentially be a game-changer in our understanding of this, and could ultimately lead to new treatments.”

The study, published in the Proceedings of the National Academy of Sciences (PNAS) in May, found that when healthy mice were injected with a heat-killed preparation of Mycobacterium vaccae and placed with a larger aggressive male for 19 days they exhibited less anxiety or fear-like behaviors and behaved more proactively around their aggressor. They were also 50 percent less likely to suffer stress-induced colitis (as measured by cellular damage to the colon) and showed less system-wide inflammation.

“Our study in PNAS showed we can prevent a PTSD-like syndrome in mice,” said Lowry, who has been studying Mycobacterium vaccae’s impact on the brain for 16 years.

The bacterium was first discovered on the shores of Lake Kyoga in Uganda in the 1970s by immunologist John Stanford after recognizing that people who lived in the area responded better to certain leprosy vaccines. They later realized that the bacterium found in the lakeshore soil had immune-modulating properties that were enhancing the vaccine’s efficacy.

In 2004, studies in lung cancer patients showed that while the bacterium didn’t prolong life, it did improve emotional health.

Ever since, Lowry has been working to figure out how.

He and others suspect the “hygiene hypothesis” is at play. It suggests that modern sanitary measures, antibiotic overuse and dietary changes have reduced exposure to anti-inflammatory, immune-modulating bacteria naturally present in the environment.

By re-introducing such “old friends,” Lowry theorizes, a host of inflammatory diseases – including psychiatric disorders – could be quelled.

The Brain and Behavior Research Foundation selects its Top 10 from more than 500 scientists who receive its NARSAD (National Alliance for Research in Schizophrenia and Affective Disorders) awards each year.

“This NARSAD recognition reflects the fact that this idea is not science fiction to people anymore,” said Lowry. “There is a level of acceptance that did not exist 10 years ago.” 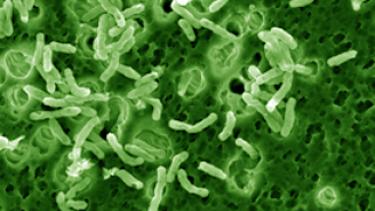 Mycobacterium vaccae under the microscope.

In June, with funding from the Department of Veterans Affairs, Lowry and his colleague Lisa Brenner, an associate professor of psychiatry at the University of Colorado Denver School of Medicine, launched a study that will include 40 Colorado veterans diagnosed with PTSD and co-occurring mild traumatic brain injury. One group will be given an oral probiotic consisting of a different bacterial strain, Lactobacillus reuteri, for eight weeks. The other will take a placebo. They’ll be subjected to a stressful situation (giving a speech in front of a group). Then physiological and perceived stress measures will be collected.

Meanwhile, Lowry is doing more animal studies to determine precisely how M. vaccae influences behavior – likely by dampening down inflammation in the brain. He is also working to obtain Investigational New Drug (IND) status for M. vaccae in hopes of conducting a clinical trial testing its potential to prevent or treat mental health disorders.

Ultimately, he believes the bacteria – via pill, inhalation or injection – could be given to people at high risk of PTSD - such as soldiers preparing to be deployed or emergency room workers -  to buffer the physical and behavioral side-effects that can result from high stress.

Seventy-eight years ago on Jan. 27, the Auschwitz concentration camp closed after liberation by the Soviet army. Professor Janet Jacobs, who researches genocide, trauma and collective memory, discusses the ways in which the experiences and trauma of Holocaust survivors are passed down through generations. END_OF_DOCUMENT_TOKEN_TO_BE_REPLACED

A model of your very own kidney made entirely from soft and pliable polymers? Researchers at two CU campuses are on the cusp of 3D printing realistic replicas of human anatomy. END_OF_DOCUMENT_TOKEN_TO_BE_REPLACED

Legalizing recreational cannabis does not increase substance use disorders or use of other illicit drugs in adults and may reduce alcohol-related problems, according to new research. The study also found no link between cannabis legalization and increases in cognitive, psychological, social, relationship or financial problems. END_OF_DOCUMENT_TOKEN_TO_BE_REPLACED
Return to the top of the page