The Program in Jewish Studies, the William A. Wise Law Library at the University of Colorado Law School and cosponsors at the University of Colorado Boulder will honor International Holocaust Remembrance Day with a public lecture by visiting scholar Professor Nils Roemer and the highly acclaimed international exhibit Lawyers Without Rights: Jewish Lawyers in Germany Under the Third Reich. Both are free and open to the public. 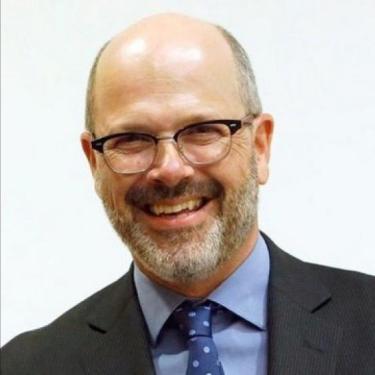 RSVPs are appreciated, as space is limited. Please email CUJewishStudies@colorado.edu or call 303-492-7143 to reserve a spot.

The "Memory Void" symbolic space at Jewish Museum Berlin evokes destruction and absence and recalls the Holocaust, as well as the many lives that might have been had the millions of people who died in the Holocaust lived to see another day.

In his lecture, Roemer will explore absence and voids as important aspects of remembrance, which are apparent in communal and family remembrances but often obscured in public commemorations in museums and on Holocaust remembrance days. He will develop the theme of absence and advance models of remembrance that view the Holocaust as a past event within the context of an annihilated future.

Roemer is the Stan and Barbara Rabin professor in Holocaust studies and the director of the Ackerman Center for Holocaust Studies at the University of Texas at Dallas. He received his PhD in history from Columbia University in 2000.

In addition to his numerous published articles, Roemer is the author of Jewish Scholarship and Culture in Nineteenth-Century Germany: Between History and Faith (2005) and German City, Jewish Memories: The Story of Worms (2010). He is currently finishing a book-length study on Central European Jewish travel writing in the 20th century.

Roemer serves as a board member for the Leo Baeck Institute in London and is an external reviewer for multiple scholarly journals. He has received numerous fellowships, including one from the Center for Advanced Jewish Studies at the University of Pennsylvania.

The Lawyers Without Rights: Jewish Lawyers in Germany Under the Third Reich exhibit will be on display Jan. 5 through Jan. 30 at the William A. Wise Law Library in the Wolf Law Building. The exhibit has been shown in nearly 100 cities across Germany, the United States and other parts of the world. It is sponsored in conjunction with the American Bar Association and the German Federal Bar.

If you go
LECTURE
Who: Professor Nils Roemer
What: "The Holocaust: Then and Now, Spanning the Void"
When: Thursday, Jan. 26, 7 to 8:30 p.m.
Where: Wolf Law Building, Wittemyer Courtroom, room 101
RSVP: Email CUJewishStudies@colorado.edu


EXHIBIT
What: Lawyers Without Rights: Jewish Lawyers in Germany Under the Third Reich
When: Open Thursday, Jan. 5, through Monday, Jan. 30
Where: Wolf Law Building, William A. Wise Law Library

The idea for the exhibit was conceived in 1998 when an Israeli lawyer asked the regional bar of Berlin for a list of Jewish lawyers whose licenses had been revoked by the Nazi regime. The exhibit begins to provide a portrait of the fate of Jewish lawyers in Germany—stories that speak to how the Nazis purged Jewish lawyers as one of the early steps to attack the rule of law in their country.

“The regional bar decided not only to research a list of names, but also to try to find out more about the fates behind all those names,” said Axel Filges, past president of the German Federal Bar.

“Some were able to leave the country after the Nazis came into power, but very many of them were incarcerated or murdered," Filges said. "The non-Jewish German lawyers of those days remained silent. They failed miserably, and so did the lawyers’ organizations. We do not know why.”

After the Berlin bar transformed its research into an exhibit, other regional bars began asking whether they could show it and add their own research.

“So, like a puzzle, a portrait of the fate of Jewish lawyers in Germany has emerged step by step,” Filges said.

For more information about the lecture or exhibit, please visit colorado.edu/JewishStudies or call 303-492-7143. 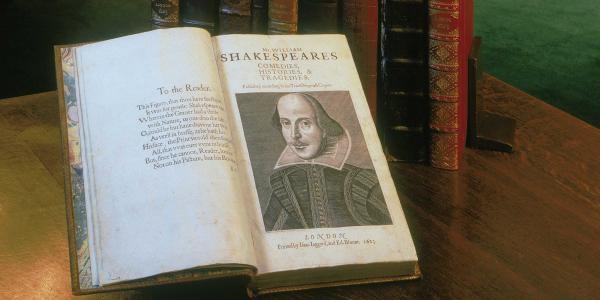 The University of Colorado Boulder will honor the 400th anniversary of William Shakespeare’s death with Shakespeare at CU, a program consisting of more than 40 events and exhibitions scheduled through August. Shakespeare’s birthday – and the day he died – are both celebrated April 23. While historians are not exactly certain of Shakespeare’s precise birth date, they do know he was baptized on April 26, 1564 and was likely born three days before that. END_OF_DOCUMENT_TOKEN_TO_BE_REPLACED 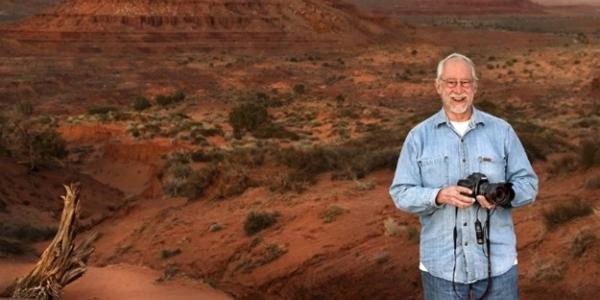 The Retired Faculty Association will welcome Jeff Mitton, emeritus professor of ecology and evolutionary biology, for a presentation based on his decades-old science column. END_OF_DOCUMENT_TOKEN_TO_BE_REPLACED

Early- and mid-career faculty: Join a panel discussion on the advantages and challenges of engaging in external service activities, such as serving as a president, editor, conference organizer, or outreach coordinator at another organization. END_OF_DOCUMENT_TOKEN_TO_BE_REPLACED
Return to the top of the page