Since 1998, Radio 1190 has provided unique programming to the Denver/Boulder area, featuring a wide assortment of independent music while promoting a noncommercial message.

The recent purchase and implementation of an FM translator means that, for the first time ever, Radio 1190’s signal can be picked up on 98.9 FM in the Boulder Valley, Lyons, Golden and along US 36 to Broomfield, Colorado. Nicknamed “The AM Revolution,” Radio 1190 previously was available only on the AM dial, or online.

The expansion to FM has brought with it major changes to the station’s infrastructure and training for all the DJs.

“Going FM is a huge step for Radio 1190 and everyone involved,” says Donato Ruscitti, student production director. “It’s an amazing opportunity for all of the DJs and managers and serves as a learning experience.”

Trainings began this past summer and have continued into the fall semester to ensure that the quality of Radio 1190’s on-air personalities matches the higher quality sound. The trainings have covered the the differences between manual disc jockeying and the new automation system, as well as how to communicate the station’s rebranding on-air.

The station, which is supported by CU Student Government, will remain “Radio 1190,” but with the new on-air station identification, “Radio 1190 AM, and now on 98.9 FM in Boulder.” The new College of Media, Communication and Information also supports and is affiliated with Radio 1190. 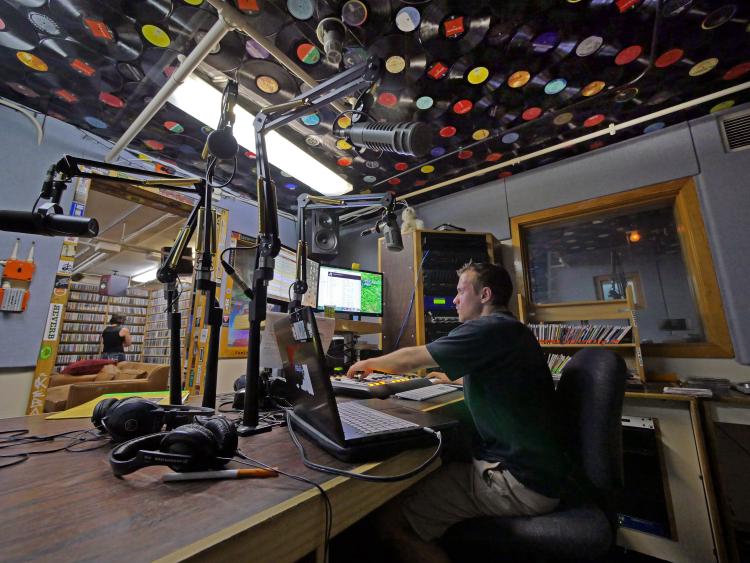 In addition to exposure to the technological advances Radio 1190 has undergone in expanding to FM, students are getting a better taste of what a career in radio might involve.

“We’re now providing a more relatable environment for anybody wanting to go into professional radio after they graduate, so they can transition much more easily along a horizontal line, having operated automation systems, worked with scheduling programming and music content,” says Mikey Goldenberg, longtime radio professional and general manager of Radio 1190. Goldenberg is the only full-time staff member at the station.

For some members of the Radio 1190 community, however, the expansion to FM may bring about questions such as whether the non-commercial message will change and whether the type of music will change.

“It won’t be different, it will be more,” says Goldenberg. “It hopefully will appeal more to people’s musical and community-inspired tastes because of the palatability of the new signal.”

One hope of the Radio 1190 student crew is that the move to FM will serve as a conversation starter, particularly with other student groups and organizations at CU Boulder.

“People in the external community know about and listen to Radio 1190, but it seems that the internal community at CU Boulder doesn't really know that their school has one of the best college stations in the country,” says Kenneth Prior, student membership director. “It is understandable that a lot of students don't listen to Radio 1190 because not many people listen to radio, or AM radio for that matter. However, I really believe that going FM will give us more of a presence among the campus community.

Beyond the basement walls of the UMC, Radio 1190 already collaborates with the CU Art Museum the first Thursday evening of each month, exploring how the worlds of visual art and auditory art collide. As part of the free event, which includes art, music and food, the Radio 1190 creative team curates a playlist that is inspired by the exhibition and conversations with the artists.

Another special program is Local Shakedown, aired each Friday from 4 to 6 p.m., showcasing Colorado-centric music. Local bands can submit their music to be played on the radio and even to perform live in the studio. 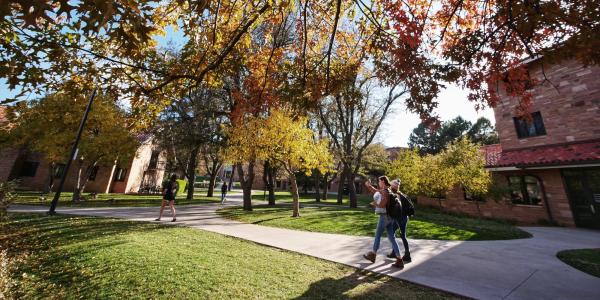 The cottonwoods and aspens are changing colors, the weather is cooling down, and Halloween is around the corner. From seasonal favorites to fun events, see what's happening around Boulder this fall. END_OF_DOCUMENT_TOKEN_TO_BE_REPLACED 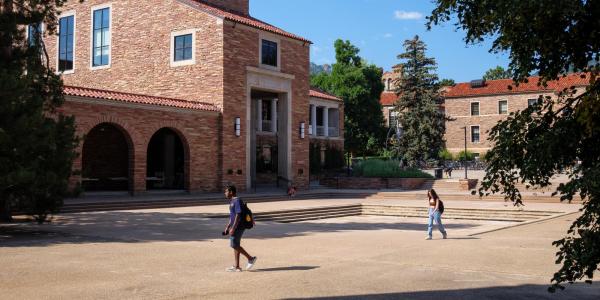 10 things to do this week: ‘Lord of the Rings’ trivia, block party, more 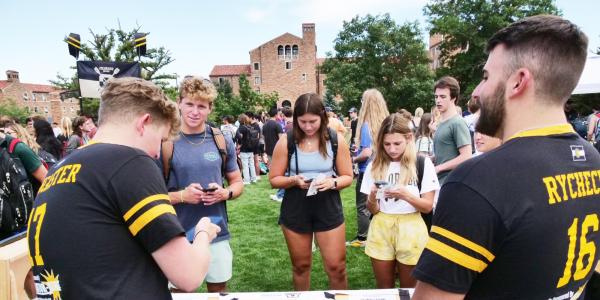 This weekend brings space exploration with Fiske Planetarium's theater manager, a Leeds football pregame, a walk for diabetes research, a CU soccer game and tailgate, the Martin Acres block party, the “Radical Reimagining” dance series and more. END_OF_DOCUMENT_TOKEN_TO_BE_REPLACED
Return to the top of the page