Center for Study and Prevention of Violence featured in PBS documentary

Black and Latino Coloradans are disproportionately impacted by the criminal justice system, according to a new Rocky Mountain PBS documentary, A Sentenced Life. The documentary analyzes the impact of incarceration for minority populations through personal stories and research. Beverly Kingston, director of the Center for the Study and Prevention of Violence (CSPV) at CU Boulder, contributed her research on social disorganization theory and appeared in the film.

“I thought I was just going to do a professional interview, that’s what I was expecting, but when I went that day, it was really personal,” said Kingston. “I could feel it in the deepest parts of me why this work has to be done.”

CSPV works to bridge the gap between research and practice through co-creative partnerships. Researchers work with communities across the Denver metro area to determine the best methods for social change and support for social systems in their neighborhoods.

“It’s not hit and run research,” said Kingston. “We work hard to get the best things—that we know of—that can prevent violence and other problem behaviors and promote positive youth development get into the hands of people who can actually make change.”

A personal connection strengthens commitment of working for change

Through the documentary project Kingston met Demetrius, a young man from Northeast Park Hill in Denver. Demetrius’ father figure was abusive, and he spent 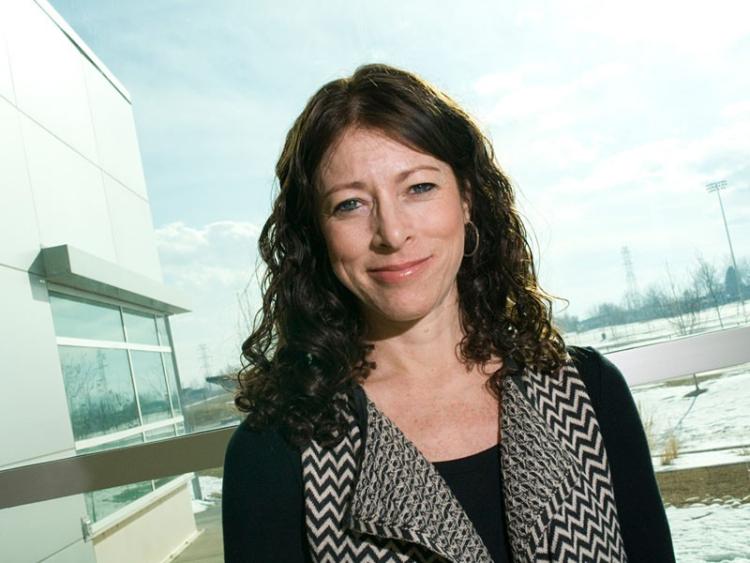 time in foster care. He wanted to play football, but didn’t have the resources to do so. Instead, he got in with the wrong crowd, where he ended up stealing and selling drugs.

“Here I was in my office talking about all those things before I had met Demetrius,” said Kingston. “Then it was a Saturday morning in the middle of winter. It was so stark. We went to his childhood house, then the house where he was selling drugs, and then to his school where he got kicked out for selling drugs. It was a deeper knowing of the importance. This was one person whose life was so devastated by the lack of opportunities.”

The lack of opportunities and social infrastructure is what Kingston is working to change. The Center hosts the Blueprints for Healthy Youth Development, a registry of evidence-based positive youth development programs designed to promote the health and well-being of children and teens. Blueprints programs are family, school, and community-based and target all levels of need — from broad prevention programs that promote positive behaviors while decreasing negative behaviors, to highly-targeted programs for at-risk children and troubled teens that get them back on track.

Things didn’t get better for Demetrius, who later robbed a friend at gunpoint and found himself in jail. Following incarceration, individuals often go back into the same communities, with the same roadblocks and little support, said Kingston.

“Once you go down that path, it’s hard to break out of it,” said Kingston. “Once your name is associated with ‘sentenced for life,’ you don’t have the resources to get out.”

In addition to Demetrius’s story, “A Sentenced Life” follows the lives of people of color impacted by the four major stages of the criminal justice system: arrest, detention, release and re-integration. Addressing root causes in advance of a violent act—and resulting incarceration—is a critical stopping point, said Kingston.

“Until we address the root causes of these problem behaviors, these underlying risk and protective factors that are at the community, school, family and the individual level, we’re going to keep seeing this,” she said. “I dream that we would take action to create different kinds of communities that actually are supportive, nurturing environments in every context.”

Continuing to work in these areas of social supports and the prevention of violence is the goal of the CSPV. Kingston and her team were recently awarded a $5.9 million grant funding projects in the Montbello and Northeast Park Hill neighborhoods of Denver. And Demetrius has been on her mind every step of the way.

“I knew I could write a better grant after meeting him,” said Kingston. “Maybe what we’re proposing could help and maybe Demetrius could be part of that project.”

To find out more or to get involved, visit the Center for the Study and Prevention of Violence website.

Seventy-eight years ago on Jan. 27, the Auschwitz concentration camp closed after liberation by the Soviet army. Professor Janet Jacobs, who researches genocide, trauma and collective memory, discusses the ways in which the experiences and trauma of Holocaust survivors are passed down through generations. END_OF_DOCUMENT_TOKEN_TO_BE_REPLACED

A model of your very own kidney made entirely from soft and pliable polymers? Researchers at two CU campuses are on the cusp of 3D printing realistic replicas of human anatomy. END_OF_DOCUMENT_TOKEN_TO_BE_REPLACED

Legalizing recreational cannabis does not increase substance use disorders or use of other illicit drugs in adults and may reduce alcohol-related problems, according to new research. The study also found no link between cannabis legalization and increases in cognitive, psychological, social, relationship or financial problems. END_OF_DOCUMENT_TOKEN_TO_BE_REPLACED
Return to the top of the page