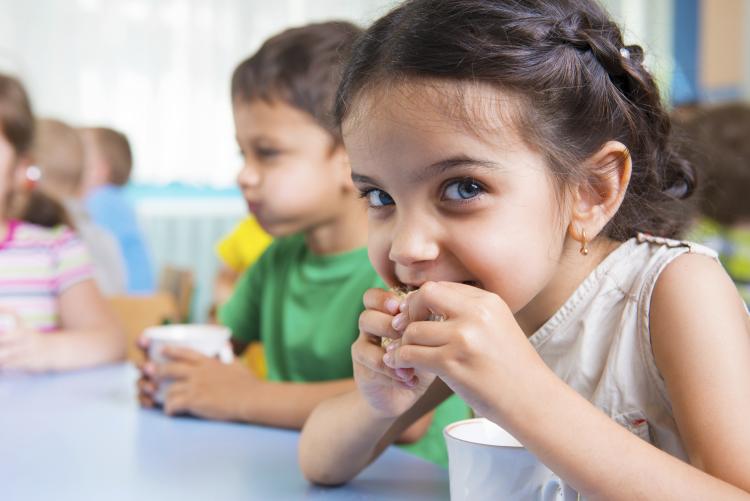 Is your preschooler getting enough sleep?

If not, he or she may be inclined to consume more calories, according to a new CU Boulder study, findings with implications for childhood obesity risk.

For the study, the preschoolers, all regular afternoon nappers, were deprived of roughly three hours of sleep on one day. They had no afternoon nap and were kept up for about two hours past their normal bedtime before being awakened at their regularly scheduled times the next morning.

“With this study design, children missed a daytime nap and stayed up late, which mimics one way that children lose sleep in the real world,” said LeBourgeois of the Department of Integrative Physiology. According to the National Sleep Foundation, about 30 percent of preschoolers do not get enough sleep.

“We found that sleep loss increased the dietary intake of preschoolers on both the day of and the day after restricted sleep,” she said. These results may shed light on how sleep loss can increase weight gain and why a number of large studies show that preschoolers who do not get enough sleep are more likely to be obese as a child and later in life.

A paper on the study was published in the Journal of Sleep Research.

Even with extensive obesity prevention efforts in the past decade, childhood obesity remains an epidemic. In 2014, 23 percent of American children under the age of 5 years were overweight or obese, said LeBourgeois. Childhood obesity increases the risk for later life chronic illnesses like diabetes and is associated with low self-esteem and depression. Overweight youth are about four times more likely to be obese as adults.

“We think one of the beauties of this study is that parents were given no instructions regarding the kind or amount of food or beverages to provide their children,” said LeBourgeois. Parents fed their children just like they would on any normal day.

The researchers also studied each child across all study conditions – meaning when their sleep was optimized, restricted and recovered – which gave them control over how kids could differ individually in their eating preferences and sleep.

The children in the study – five girls and five boys – each wore small activity sensors on their wrists to measure time in bed, sleep duration and sleep quality. Parents logged all food and beverages consumed by the preschoolers, including portion sizes, brand names and quantities, using household measures like grams, teaspoons and cups. For homemade dishes parents recorded ingredients, quantities and cooking methods.

“To our knowledge, this is the first published study to experimentally measure the effects of sleep loss on food consumption in preschool children,” says Elsa Mullins, first author of the study and a CU Boulder researcher who worked with LeBourgeois as an undergraduate. “Our results are consistent with those from other studies of adults and adolescents, showing increased caloric intake on days that subjects were sleep deprived,” she said.

The new study opens the door for a number of follow-up studies using larger samples, experimentally controlling dietary intake and objectively measuring energy expenditure in children. The study was funded in part by a National Institute of Mental Health grant to LeBourgeois and undergraduate research grants to Mullins from CU Boulder.

Another study involving Kurth and LeBourgeois supported by a Jacobs Foundation grant and in collaboration with Brown University was recently published in Frontiers in Human Neuroscience. Findings showed that the developing brain regions of school-age children are the hardest hit by sleep restriction.

LeBourgeois is now launching another project that will study the brains and behavior of 5-year-olds who don’t get enough sleep. Parents in the Boulder-Denver metro areas who are interested can find more information on the Sleep and Development Lab website or call 303-492-4584. 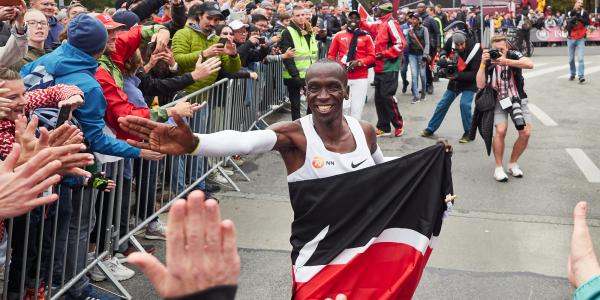 A first-of-its kind CU Boulder study shows that even middle-of-the-pack marathoners can shave three to five minutes off of their time via drafting. It could also help world champion Eliud Kipchoge achieve the Holy Grail of running: finishing a sub-2-hour marathon at an officially sanctioned race. END_OF_DOCUMENT_TOKEN_TO_BE_REPLACED

Arteriviruses, which are already common in African monkeys and known to cause fatal outbreaks, appear to have learned how to access human cells, replicate and evade human immune systems—a warning sign these could become next in a long line of viruses to jump from nonhuman primates to people, new laboratory research shows. END_OF_DOCUMENT_TOKEN_TO_BE_REPLACED

Researchers from CU Anschutz and CU Boulder are developing an artificial intelligence tool to diagnose dementia at earlier stages in an effort to curb its progress and plan more effective treatment options. END_OF_DOCUMENT_TOKEN_TO_BE_REPLACED
Return to the top of the page