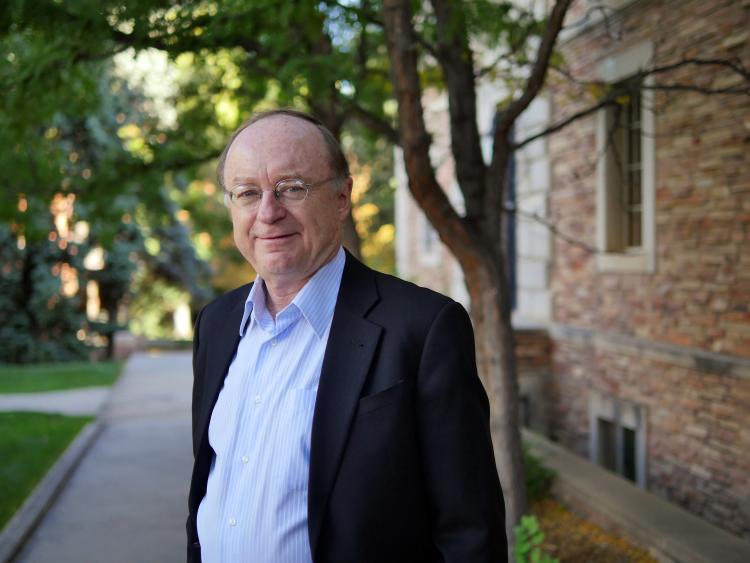 University of Colorado Boulder Professor of Distinction Keith Maskus has been named the U.S. Department of State chief economist. Maskus, who was the director of CU Boulder’s Program on International Development, is beginning the two-year appointment, based in the District of Columbia, this month.

“As an international economist, I see this as a great opportunity to help inform global understanding of the world economy and the important roles played by the United States in shaping that economy,” said Maskus, an economics professor and former associate dean of social sciences at CU Boulder’s College of Arts and Sciences. “I also see it as a way to use sound economics to support international policy discussions on such important issues as climate change and monetary systems.”

Established in 2010 to integrate more economics research data and expertise into State Department issues, the position involves research and policy development, as well as presentations at venues around the world.

The Office of the Chief Economist is an analytical resource not only for the State Department, but also for embassies and consulates overseas. It also supports foreign service officers in building the networks and experiences needed to advance U.S. economic and commercial goals, according to the State Department website.

Reporting through the undersecretary for economic growth, energy and the environment to the secretary of state, Maskus will provide strategic advice and analysis on emerging economic issues. This includes priority issues where economics and foreign policy intersect, as well as researching long-term global trends with economic foundations.

Maskus has written extensively about various aspects of international trade and foreign investment, among other topics. His current research focuses on the international economic aspects of protecting intellectual property rights.

He received both his doctoral and master’s degrees in economics from the University of Michigan. He received his bachelor’s degree in economics and mathematics from Knox College in Galesburg, Illinois.