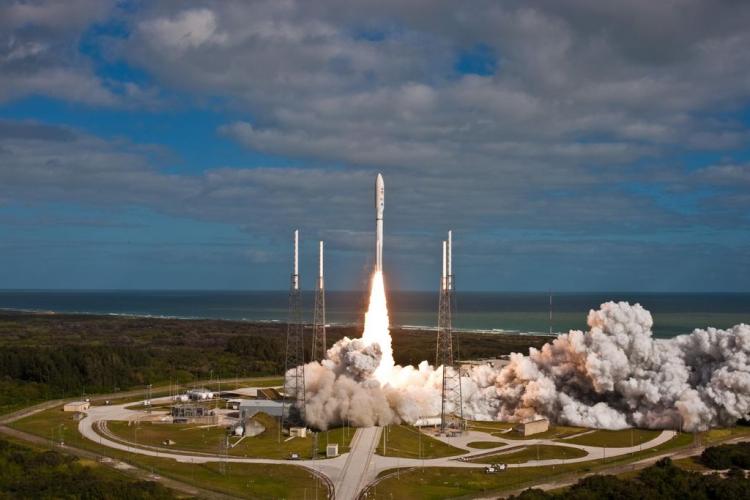 Getting into the hall of fame – any hall of fame – requires a high level of excellence over a long period of time. So kudos to the first four honorees, three of whom are University of Colorado alumni, who are being inducted into the Colorado Space Heroes Hall of Fame.

The Colorado Space Heroes Hall of Fame was created in 2016 by the Space Foundation, an international, nonprofit advocacy group for space-related activities from industry to education that is headquartered in Colorado Springs, Colorado.

Alan Stern: Stern received his doctorate from CU Boulder in astrophysical and planetary sciences in 1989. He is being honored for leading NASA’s New Horizons mission that buzzed by Pluto in 2015 on its way to the Kuiper Belt, and his work as a planetary scientist, space program executive, aerospace consultant and author. He was named by TIME in 2007 and again in 2016 for being among the 100 most influential people in the world.

Stern has been involved in 26 space missions, beginning with suborbital rocket payloads during his CU Boulder days. He currently is associate vice president of the Space Science and Engineering Division of the Southwest Research Institute’s Boulder facility.

“It’s an incredible honor to be recognized this way,” says Stern, who also was awarded NASA’s Distinguished Public Service Medal last month, the highest honor that the space agency can bestow on a civilian.

Ronald M. Sega: Sega, who was conferred his doctorate in electrical engineering at CU Boulder in 1982, was honored by the Space Foundation for his work as a NASA astronaut. He also was cited for his roles as professor and director of systems engineering programs at Colorado State University; director of defense research and engineering at the United State Department of Defense; and his leadership in the U.S. Air Force Reserve (retired Major General).

According to the Space Foundation, Colorado ranks first in the United States in the number of aerospace employees, has the nation’s third largest state aerospace economy and serves as the U.S. center for military space.

The inaugural class of the Colorado Space Heroes Hall of Fame will be honored in Denver at an event on Oct. 7 hosted by the Space Foundation. Attendees will include academic and industrial partners of CU Boulder’s AeroSpace Ventures (ASV).

ASV brings together researchers, students, industry leaders, government partners and entrepreneurs to envision and create the future for space and Earth systems, driving the discovery and innovation that will shape the 21st century economy.

Researchers from the Laboratory for Atmospheric and Space Physics (LASP) worked side-by-side with teams from the United Arab Emirates to help them make this history-making mission a reality. END_OF_DOCUMENT_TOKEN_TO_BE_REPLACED

Two new studies by researchers at CU Boulder may help to solve one of space’s biggest mysteries: why the solar system’s “detached objects” don’t circle the sun the way they should. END_OF_DOCUMENT_TOKEN_TO_BE_REPLACED

Aging satellites and space debris crowd low-Earth orbit, and launching new satellites adds to collision risks. The most effective way to solve the space junk problem involves an international agreement to charge operators orbital-use fees. END_OF_DOCUMENT_TOKEN_TO_BE_REPLACED
Return to the top of the page