A group of University of Colorado Boulder faculty and students are anxiously awaiting the arrival of NASA’s Juno spacecraft at Jupiter July 4, a mission expected to reveal the hidden interior of the gas giant as well as keys to how our solar system formed.

Launched in 2011, the spacecraft is slated to orbit Jupiter’s poles 33 times roughly 3,000 miles above its cloud tops to better understand the origin and evolution of the largest planet in the solar system. Scientists hope to determine if Jupiter has a solid core, measure the planet’s magnetic fields, hunt for water vapor and observe the polar auroras.

Three researchers from CU-Boulder’s Laboratory for Atmospheric and Space Physics (LASP) and five students, both undergraduates and graduate students, are part of the Juno mission.

“We are crossing our fingers and toes, hoping all goes well,” said CU-Boulder Professor Fran Bagenal of LASP, who co-chairs the Juno Magnetospheric Working Group for NASA and is coordinating many of the science observations for the mission.

“Jupiter is the biggest, baddest planet,” said Bagenal. “We think it pushed a lot of planetary material around early in its history, helping to shape the solar system we see today.”

Bagenal is particularly interested in Jupiter’s magnetosphere, the area of space around the planet that is controlled by its magnetic field.  She and her collaborators want to better understand the processes that create the aurora activity at the planet’s poles – its northern and southern lights – and assess the roles of the planet’s magnetic field on its surroundings.

“This will be the first time we have ever flown over the poles of Jupiter to look directly down on the aurora,” said Bagenal. “We will be going through regions where charged particles are accelerated, bombarding the atmosphere of Jupiter hard enough to make it glow at the poles.”

One of the biggest questions that remains about Jupiter is how much water there is in its atmosphere, since water was a big player in solar system evolution said Bagenal, also a professor in CU-Boulder’s astrophysical and planetary sciences department.

“Most of us know that water absorbs microwaves, because that’s what happens when you put a cup of tea in your microwave oven,” she said.  “We are going to be using a microwave detector to look down at different cloud depths to measure the amounts of water below.  It’s a bit like doing a CAT scan.”

In addition to Bagenal, LASP Professor Robert Ergun and Research Associate Robert Wilson are part of the Juno science team.  Ergun, an expert on Earth’s magnetosphere and associated polar auroras, will be comparing the physical processes at Jupiter with those on Earth. Wilson is a member of the JADE instrument team that will be using Juno to detecting and analyze the electrons and charged particles that produce Jupiter’s bright auroras.

Data from the Juno mission should also help scientists better understand the hundreds of planetary systems recently discovered around other stars, said Bagenal. A number of giant, gaseous planets known as “hot Jupiters” have been discovered in the past two decades, most so close to their parent stars that their orbital period is just a few days, compared to the roughly 12 years it takes Jupiter to orbit the sun.

Bagenal also has worked on five other NASA planetary missions, including the Galileo mission that reached Jupiter’s orbit in 1995 carrying two LASP instruments. She also is the Particle and Plasma Team leader for the New Horizons mission that whipped by Pluto last summer and is now heading into an icy region called the Kuiper Belt beyond Neptune’s orbit.

Ranquist, a doctoral student in astrophysics, has been involved in the planning stages of the Juno mission for the past three years, using computer models to help predict which of Jupiter’s magnetic field lines the spacecraft will cross during every part of the mission.

“Predicting the location of Jupiter’s aurora is helping the instrument teams prepare for the upcoming observations,” said Ranquist. “The ability to be involved with the different space missions that LASP is participating in, like Juno, was one of the key factors in deciding to work on my doctorate here.”

CU-Boulder is the only university in the world to have designed and built space instruments that have visited every planet in the solar system, including the dwarf planet Pluto.

While Juno is about the size of a Volkswagen and is encased in a protective radiation vault, its three solar panels make the spinning spacecraft more than 65 feet in diameter. The Juno principal investigator is Scott Bolton of the Southwest Research Institute in San Antonio, Texas.

The Juno spacecraft is carrying 11 experiments and includes a camera to provide images of the colorful Jovian cloud tops.  The mission is being managed by NASA’s Jet Propulsion Laboratory in Pasadena, California. Lockheed Martin Space Systems Company of Littleton, Colorado, built the spacecraft. Denver-based United Launch Alliance built the Atlas V rocket that launched Juno in 2011.

“This will be the first time we have ever flown over the poles of Jupiter to look directly down on the aurora,” said Fran Bagenal of LASP, also a professor in CU-Boulder’s astrophysical and planetary sciences department. “We will be going through regions where charged particles are accelerated, bombarding the atmosphere of Jupiter hard enough to make it glow at the poles.”
Categories: 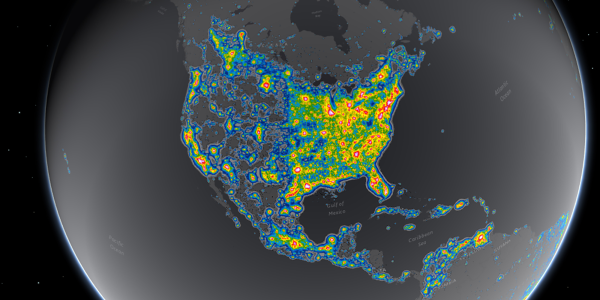 The Milky Way, the brilliant river of stars that has dominated the night sky and human imaginations since time immemorial, is but a faded memory to one third of humanity and 80 percent of Americans, according to a new global atlas of light pollution produced by Italian and American scientists. END_OF_DOCUMENT_TOKEN_TO_BE_REPLACED

When SpaceX CRS-23 launched to the International Space Station on Aug. 29, it carried with it a milestone for CU Boulder: the 80th mission to carry a payload from BioServe Space Technologies. END_OF_DOCUMENT_TOKEN_TO_BE_REPLACED

From diving Neanderthals to saliva-based COVID-19 tests, we remember the year in research at CU Boulder. END_OF_DOCUMENT_TOKEN_TO_BE_REPLACED
Return to the top of the page