The bread loaf-sized Miniature X-Ray Solar Spectrometer, or MinXSS, CubeSat will be deployed from an airlock on the International Space Station (ISS) at 4 a.m. MDT on Monday, May 16, beginning its journey into space where it will study emissions from the sun that can affect ground-based communications systems.

The NASA-funded MinXSS, built and operated by University of Colorado Boulder students and faculty at the Laboratory for Atmospheric and Space Physics (LASP) and the Aerospace Engineering Sciences Department (AES), will operate in Earth’s orbit for up to 12 months. The CubeSat will be deployed from the ISS via a special deployer designed by NanoRacks LLC.

The MinXSS will observe soft X-rays from the sun, which can disrupt Earth’s upper atmosphere and hamper radio and GPS signals traveling through the region. The intensity of the soft x-ray emissions emitted from the sun is continuously changing over a large range – with peak emission levels occurring during large eruptions on the sun called solar flares.

“It has been a wonderful experience to see the students learning from this hands-on project and maturing into professional engineers,” said Tom Woods, associate director of LASP and principal investigator of MinXSS. “I look forward to the new science data that MinXSS will provide after it is deployed from the ISS.”

To keep itself orientated toward the sun correctly, the MinXSS will incorporate an XACT attitude determination and control system built by Blue Canyon Technologies, a Boulder, Colorado-based aerospace company.

“BCT is thrilled to have worked side by side with the university to help develop the MinXSS spacecraft,” said George Stafford, president and founder of Blue Canyon Technologies. “We are looking forward to a successful flight.”

MinXSS data will help scientists understand the physics behind solar flares. The soft X-rays carry information about the temperature, density and chemical composition of material in the sun’s atmosphere, allowing scientists to trace how events like flares and other processes heat the surrounding material in the sun's atmosphere – which are still being debated among solar scientists.

“We’re excited to see MinXSS begin its mission and are expecting a smooth deployment on Monday,” said James Mason, a graduate researcher at LASP and a co-investigator on the MinXSS project.

CubeSats are a new, low-cost tool for space science missions. Instead of the traditional space science missions that carry a significant number of custom-built, state-of-the-art instruments, CubeSats are designed to take narrowly targeted scientific observations, with only a few instruments, often built from off-the-shelf components. MinXSS, for example, uses a commercially purchased X-ray spectrometer for a detector and an extendable tape measure as a radio antenna.

Over 40 CU-Boulder students, including three undergraduates and one high-school student, worked on the MinXSS.

“CubeSats provide the opportunity for students to work on challenging engineering design projects with real requirements and firm delivery deadlines,” said Scott Palo, an AES professor at CU-Boulder. “The process is invaluable in teaching students the real-world lessons of engineering design.”

For more information and to watch video of the deployment, please visit http://lasp.colorado.edu/home/minxss/ 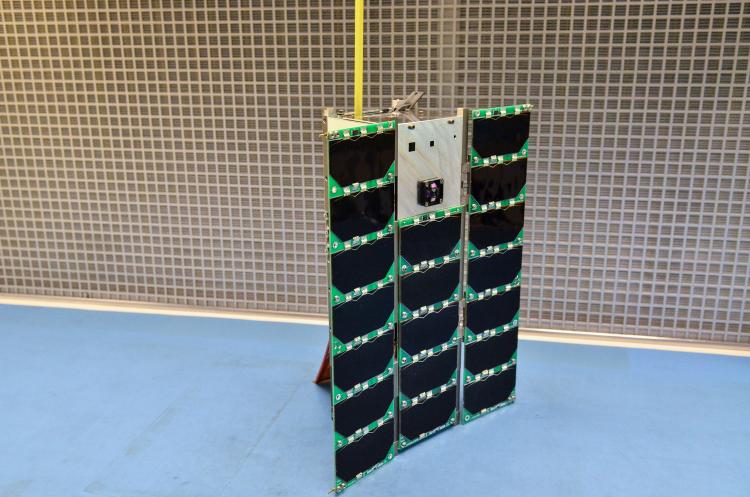 “It has been a wonderful experience to see the students learning from this hands-on project and maturing into professional engineers,” said Tom Woods, associate director of LASP and principal investigator of MinXSS. “I look forward to the new science data that MinXSS will provide after it is deployed from the ISS.”
Categories: 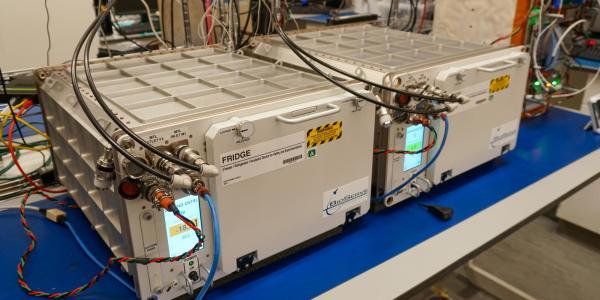 Astronaut ice cream—the crunchy, freeze-dried, pale imitation of the real thing—may have met its match: The International Space Station is getting a real freezer. END_OF_DOCUMENT_TOKEN_TO_BE_REPLACED

Gregory Whiting and his research group are preparing for the thrill of a lifetime: two parabolic flights, each expected to provide around 10 minutes of reduced gravity to test and model how 3D printing of functional materials works in lunar gravity. END_OF_DOCUMENT_TOKEN_TO_BE_REPLACED

The International Space Station has a problem with fungus and mold—and BioServe Space Technologies at CU Boulder is investigating potential fixes thanks to a new grant from NASA. END_OF_DOCUMENT_TOKEN_TO_BE_REPLACED
Return to the top of the page