In the ever-escalating evolutionary battle with drug-resistant bacteria, humans may soon have a leg up thanks to adaptive, light-activated nanotherapy developed by researchers at the University of Colorado Boulder.

Antibiotic-resistant bacteria such as Salmonella, E. Coli and Staphylococcus infect some 2 million people and kill at least 23,000 people in the United States each year. Efforts to thwart these so-called “superbugs” have consistently fallen short due to the bacteria’s ability to rapidly adapt and develop immunity to common antibiotics such as penicillin.

New research from CU-Boulder, however, suggests that the solution to this big global problem might be to think small—very small.

In findings published today in the journal Nature Materials, researchers at the Department of Chemical and Biological Engineering and the BioFrontiers Institute describe new light-activated therapeutic nanoparticles known as “quantum dots.” The dots, which are about 20,000 times smaller than a human hair and resemble the tiny semiconductors used in consumer electronics, successfully killed 92 percent of drug-resistant bacterial cells in a lab-grown culture.

“By shrinking these semiconductors down to the nanoscale, we’re able to create highly specific interactions within the cellular environment that only target the infection,” said Prashant Nagpal, an assistant professor in the Department of Chemical and Biological Engineering at CU-Boulder and a senior author of the study.

Previous research has shown that metal nanoparticles—created from gold and silver, among other metals—can be effective at combating antibiotic resistant infections, but can indiscriminately damage surrounding cells as well.

The quantum dots, however, can be tailored to particular infections thanks to their light-activated properties. The dots remain inactive in darkness, but can be activated on command by exposing them to light, allowing researchers to modify the wavelength in order to alter and kill the infected cells.

“While we can always count on these superbugs to adapt and fight the therapy, we can quickly tailor these quantum dots to come up with a new therapy and therefore fight back faster in this evolutionary race,” said Nagpal.

The specificity of this innovation may help reduce or eliminate the potential side effects of other treatment methods, as well as provide a path forward for future development and clinical trials.

“Antibiotics are not just a baseline treatment for bacterial infections, but HIV and cancer as well,” said Anushree Chatterjee, an assistant professor in the Department of Chemical and Biological Engineering at CU-Boulder and a senior author of the study. “Failure to develop effective treatments for drug-resistant strains is not an option, and that’s what this technology moves closer to solving.”

Nagpal and Chatterjee are the co-founders of PRAAN Biosciences, Inc., a Boulder, Colorado-based startup that can sequence genetic profiles using just a single molecule, technology that may aid in the diagnosis and treatment of superbug strains. The authors have filed a patent on the new quantum dot technology.

The new study was co-authored by Colleen Courtney, Samuel Goodman and Jessica McDaniel, all of the Department of Chemical and Biological Engineering at CU-Boulder; and Nancy Madinger of the University of Colorado Anschutz.

The W.M. Keck Foundation and the National Science Foundation supported the research. 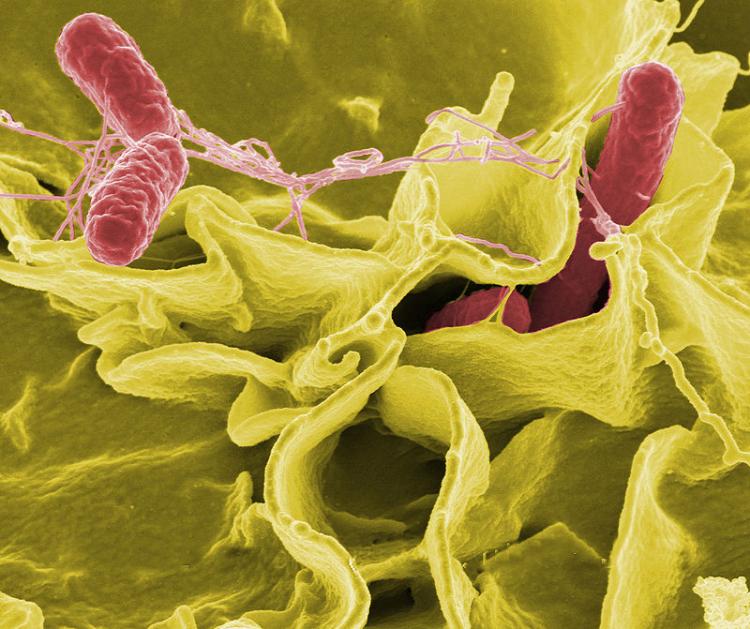 Salmonella bacteria under a microscope. Photo by NIAID / Wikipedia.

“By shrinking these semiconductors down to the nanoscale, we’re able to create highly specific interactions within the cellular environment that only target the infection,” said Prashant Nagpal, an assistant professor in the Department of Chemical and Biological Engineering at CU-Boulder and a senior author of the study.
Categories:

Researchers from CU Anschutz and CU Boulder are developing an artificial intelligence tool to diagnose dementia at earlier stages in an effort to curb its progress and plan more effective treatment options. END_OF_DOCUMENT_TOKEN_TO_BE_REPLACED

Researchers have been trying to quickly and accurately identify the parts of DNA that lead to genetic disorders such as cancer. A new software tool could improve that process and lead to the more tailored treatment and understanding of cancers from patient to patient. END_OF_DOCUMENT_TOKEN_TO_BE_REPLACED 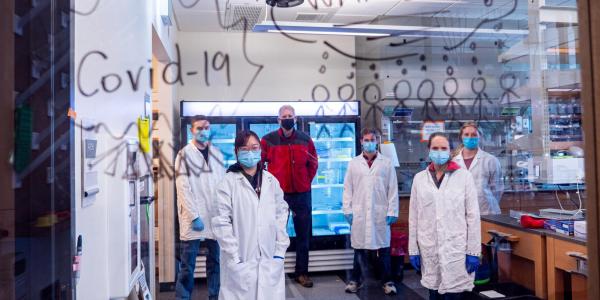 CU Boulder's researchers reflect on an unprecedented year for research amid a devastating pandemic. END_OF_DOCUMENT_TOKEN_TO_BE_REPLACED
Return to the top of the page