The University of Colorado Department of Athletics is embarking on an ambitious new initiative between academics and athletics – the proposed creation of a Sports Governance Center (SGC), which would be among the first of its kind in the nation.

If approved, the SGC would be an innovative academic unit within Athletics, with a mission that would focus on teaching, research and service. The goal is to conduct leading research, education and outreach related to the governance of sport, including college athletics and professional sports.

A proposal for the center will be submitted in the spring to the Graduate School for approval, said CU Professor Roger Pielke Jr., who is spearheading the effort along with Athletic Director Rick George.

Public lectures and events related to the center are being planned in the fall and a 2000-level, three-credit course called Governance of Sport is in the works for spring. Pielke taught a similar course in the spring 2014.

The vision for the center focuses on the implementation of rules and the exercise of power as related to the governing of sports. The subject matter would run the gamut from concussion studies, to doping in sports, to the ongoing FIFA scandal and the role of the NCAA and big time athletes at the modern American university.

The center concept is the result of an initial collaboration between the athletic director and Pielke, an environmental studies professor whose research in recent years has focused on sports governance.

“This is another collaboration between athletics and our faculty,” George said. “Given the topics that are going on nationally in the NCAA with governance, it’s really the perfect time for us both to work together to better understand the issues.”

Pielke, who in 2002 led efforts to create the Center for Science and Technology Policy Research within the Cooperative Institute for Research in Environmental Sciences (CIRES) at CU-Boulder, said the Sports Governance Center will further the goal of “better integrating athletics and academics on the Boulder campus.”

“The new SGC will also represent a significant step nationally in the currently-evolving role that college athletics play on major university campuses across the United States,” Pielke said.

Center organizers plan to announce affiliates from across the CU-Boulder campus including faculty members in business, medicine, law, engineering and social sciences, along with members of an external advisory board, in coming months.

Pielke said numerous faculty members and researchers across campus are already engaged in scholarship related to sports and the Sports Governance Center would help to support their work and foster new collaborations.

Pielke said one of the reasons the center’s creation is so exciting is because it is so interdisciplinary and would draw on the natural and social sciences, as well as the humanities. It is also very international, due to the fact that sports take place in every nation and are overseen by international organizations, such as the International Olympic Committee.

“Like any issue that is societal in nature, no single university department can adequately capture the complexity of this topic,” Pielke said. “We are focusing on a topic then using the resources of traditional disciplines to assemble the expertise we need.”

“This is another collaboration between athletics and our faculty,” said Athletic Director Rick George. “Given the topics that are going on nationally in the NCAA with governance, it’s really the perfect time for us both to work together to better understand the issues.”
Categories: 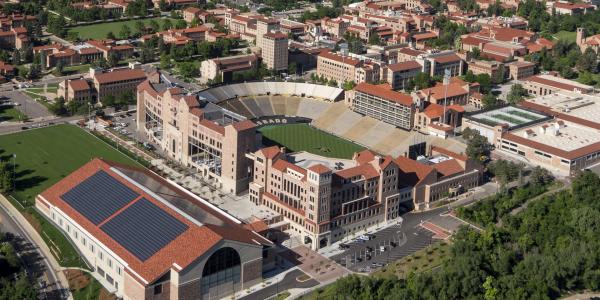 Eight Colorado football players were named to the honorable mention team on Dec. 3. To qualify, a student-athlete must possess a minimum 3.0 grade point average and appear in at least 50 percent of their team's games. END_OF_DOCUMENT_TOKEN_TO_BE_REPLACED 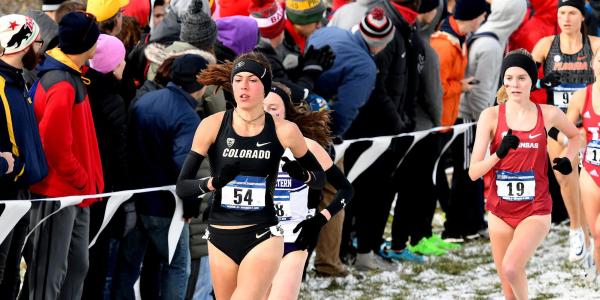 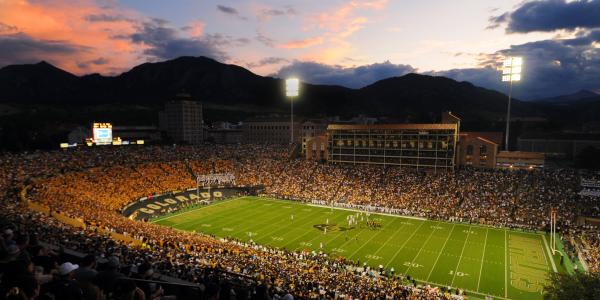 The Buff football team has cracked the top 25 in national rankings for the second time this season, which led the campus community to wonder: What other programs and teams are ranked in the top 25? As it turns out, CU Boulder has quite a lot of leadership to be proud of. END_OF_DOCUMENT_TOKEN_TO_BE_REPLACED
Return to the top of the page