The moon is engulfed in a permanent but lopsided dust cloud that increases in density when annual events like the Geminids spew shooting stars, according to a new study led by University of Colorado Boulder.

The cloud is made up primarily of tiny dust grains kicked up from the moon’s surface by the impact of high-speed, interplanetary dust particles, said CU-Boulder physics Professor Mihaly Horanyi. A single dust particle from a comet striking the moon’s surface lofts thousands of smaller dust specks into the airless environment, and the lunar cloud is maintained by regular impacts from such particles, said Horanyi, also a research associate at CU-Boulder’s Laboratory for Atmospheric and Space Physics.

The cloud was discovered using data from NASA’s Lunar Atmosphere and Dust Environment Explorer, or LADEE, which launched in September 2013 and orbited the moon for about six months. A detector on board called the Lunar Dust Experiment (LDEX) designed and built by CU-Boulder charted more than 140,000 impacts during the six-month mission.

“Identifying this permanent dust cloud engulfing the moon was a nice gift from this mission,” said Horanyi, the principal investigator on LDEX and lead study author. “We can carry these findings over to studies of other airless planetary objects like the moons of other planets and asteroids.”

A paper on the subject appears in the June 17 issue of Nature. Co-authors include Jamey Szalay, Sascha Kempf, Eberhard Grun and Zoltan Sternovsky from CU-Boulder, Juergen Schmidt from the University Oulu in Finland and Ralf Srama from the University of Stuttgart in Germany.

Horanyi said the first hints of a cloud of dust around the moon came in the late 1960s when NASA cameras aboard unmanned moon landers captured a bright glow during lunar sunsets. Several years later, Apollo astronauts orbiting the moon reported a significant glow above the lunar surface when approaching sunrise, a phenomenon which was brighter than what the sun alone should have been able to generate at that location.

Since the new findings don’t square with the Apollo reports of a thicker, higher dust cloud, conditions back then may have been somewhat different, said Horanyi. The dust on the moon -- which is dark and sticky and regularly dirtied the suits of moonwalking astronauts -- was created over several billion years as interplanetary dust particles incessantly pounded the rocky lunar surface.

Knowledge of the dusty environments in space has practical applications, said Horanyi. Knowing where the dust is and where it is headed in the solar system, for example, could help mitigate hazards for future human exploration, including dust particles damaging spacecraft or harming astronauts.

Many of the cometary dust particles impacting the lunar surface are traveling at thousands of miles per hour in a retrograde, or clockwise orbit around the sun -- the opposite orbital direction of the solar system’s planets. This causes high-speed, near head-on collisions with the dust particles and the moon’s leading surface as the Earth-moon system travel together around the sun, said Horanyi.

The Geminid meteor showers occur each December when Earth plows through a cloud of debris from an oddball object called Phaethon, which some astronomers describe as a cross between an asteroid and a comet. “When these ‘beams’ we see from meteors at night hit the moon at the right time and place, we see the cloud density above the moon skyrocket for a few days,” said Horanyi.

Horanyi also is the principal investigator on a CU-Boulder student dust-counting instrument on board NASA’s New Horizons spacecraft that will whip by Pluto on July 14 after a journey of more than nine years. 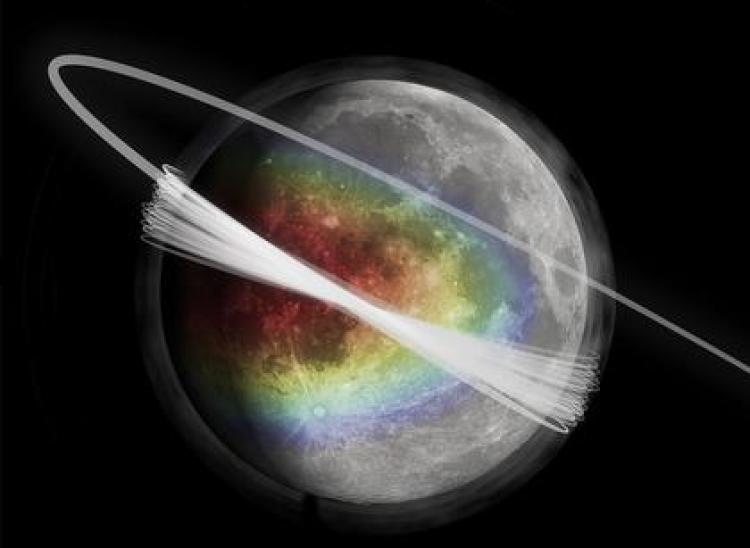 An artist's conception of the thin dust cloud surrounding the Moon and the LADEE mission orbit. The colors represent the amount of material ejected from the lunar surface, with red representing the highest density of dust and blue representing the lowest density. Credit: Daniel Morgan and Jamey Szalay, University of Colorado

“Identifying this permanent dust cloud engulfing the moon was a nice gift from this mission,” said CU-Boulder physics Professor Mihaly Horanyi, the lead study author. “We can carry these findings over to studies of other airless planetary objects like the moons of other planets and asteroids.”
Categories:

A mission to study dynamic changes in the atmosphere of Mars over days and seasons led by the United Arab Emirates (UAE) involves the University of Colorado Boulder as the leading U.S. scientific-academic partner. END_OF_DOCUMENT_TOKEN_TO_BE_REPLACED

The University of Colorado Boulder was highly rated in a number of subject areas in the latest World University rankings by Quacquarelli Symonds Ltd. (QS). END_OF_DOCUMENT_TOKEN_TO_BE_REPLACED 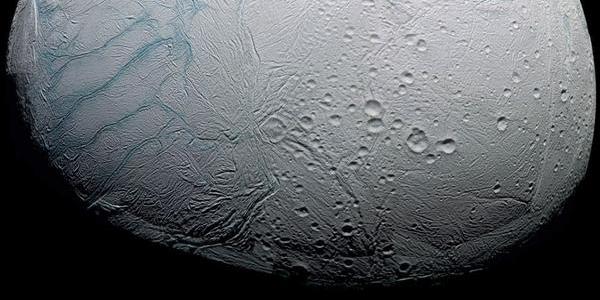 A new study by a team of Cassini mission scientists led by the University of Colorado Boulder have found that microscopic grains of rock detected near Saturn imply hydrothermal activity is taking place within the moon Enceladus. END_OF_DOCUMENT_TOKEN_TO_BE_REPLACED
Return to the top of the page