Study finds experience of pain relies on multiple brain pathways, not just one

People’s mindsets can affect their experience of pain. For example, a soldier in battle or an athlete in competition may report that an injury did not feel especially painful in the heat of the moment. But until now it has been unclear how this phenomenon works in the brain.

A new study led by the University of Colorado Boulder finds that when we use our thoughts to dull or enhance our experience of pain, the physical pain signal in the brain—sent by nerves in the area of a wound, for example, and encoded in multiple regions in the cerebrum—does not actually change. Instead the act of using thoughts to modulate pain, a technique called “cognitive self-regulation” that is commonly used to manage chronic pain, works via a separate pathway in the brain.

The findings, published in the journal PLOS Biology this month, show that the processing of pain in our brains goes beyond the mere physical pain signal and underscore a growing understanding among neuroscientists that there is not a single pain system in the brain, as was once believed.

“We found that there are two different pathways in our brains that contribute to the pain experience,” said Choong-Wan Woo, lead author of the study and a doctoral student in CU-Boulder’s Department of Psychology and Neuroscience.

The first pathway mediates the effects of turning up the intensity of painful stimulation and includes a number of “classic” regions in the brain, such as the anterior cingulate cortex. The second pathway, discovered in the new study, mediates the effects of cognitive regulation, and involves increasing activity in the medial prefrontal cortex and nucleus accumbens—brain regions that are involved in emotion and motivation but do not typically respond to painful events in the body.

This latter pathway may hold some of the keys to understanding the “emotional” aspects of pain, which can contribute substantially to long-term pain and disability.

Other CU-Boulder co-authors of the study are psychology and neuroscience Associate Professor Tor Wager and postdoctoral researcher Mathieu Roy. Jason Buhle, an adjunct assistant professor at Columbia University, is also a study co-author.

For the study, participants were given painful heat stimuli on their arms while their brains were scanned using functional magnetic resonance imaging, or fMRI.

For the first scan, the participants were asked to experience the painful heat without thinking of anything in particular. In subsequent scans, the participants were asked to imagine that the sizzling hot heat was actually damaging their skin, a thought that increased their experience of the pain, and then to imagine that the heat was actually a welcome sensation on an extremely cold day, a thought that decreased their experience of the pain.

The scans of the brain were then compared. The signal for physical pain remained the same across all three scenarios, regardless of how the participants rated their pain experience. But a signal in the brain using a second pathway changed in intensity depending on the type of thoughts, or  “cognitive self-regulation” used.

The researchers were able to disentangle the two pathways based on recent work done in Wager’s Cognitive and Affective Neuroscience Lab. In 2013, Wager and his colleagues published a study in the New England Journal of Medicine that identified for the first time a distinct brain signature for physical pain.

“Previously people did not have this specific brain marker for pain,” Woo said. “Incorporating that measure, and identifying a separate pathway that makes an independent contribution to pain, is a major innovation of this paper.” 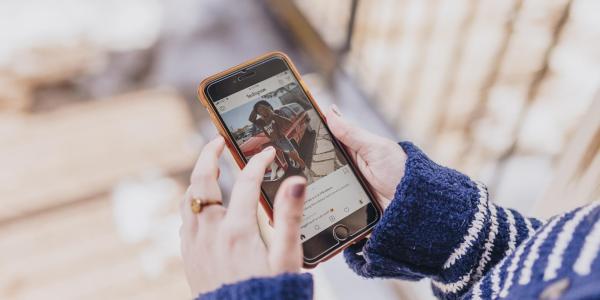 When blind people share photos, there is an added risk they could unknowingly capture information considered private, such as a pregnancy test or a return address. To Assistant Professor Danna Gurari, this shouldn't have to be a concern. END_OF_DOCUMENT_TOKEN_TO_BE_REPLACED

A Department of Energy award will help accelerate research into flow batteries, which will help make the electricity grid more reliable and sustainable. END_OF_DOCUMENT_TOKEN_TO_BE_REPLACED

After a year when the nation experienced a shortage of mechanical ventilators to help treat patients with severe COVID-19 complications, Professor Mark Borden's company Respirogen presents another treatment option: oxygen microbubbles. END_OF_DOCUMENT_TOKEN_TO_BE_REPLACED
Return to the top of the page