As Colorado’s climate continues to warm, those who manage or use water in the state will likely face significant changes in water supply and demand, according to a new report on state climate change released today by the Western Water Assessment and the Colorado Water Conservation Board.

Rising temperatures will tend to reduce the amount of water in many of Colorado’s streams and rivers, melt mountain snowpack earlier in the spring, and increase the water needed by thirsty crops and cities, according to the new report, “Climate Change in Colorado: A Synthesis to Support Water Resources Management and Adaptation,” which updates and expands upon an initial report released in 2008.

The Colorado report comes on the heels of international and national assessments that discuss likely impacts of climate change in broad regions, and it leverages those assessments to provide state-specific information. Because Colorado is located between an area likely to dry further (the U.S. Southwest) and one likely to get wetter (Northern Great Plains), our precipitation future is less certain.

“Despite some uncertainties around precipitation, it’s clear that as temperatures rise in Colorado, there will be impacts on our water resources,” said Jeff Lukas, lead author of the new report and a researcher at the Western Water Assessment, a program of the University of Colorado Boulder funded by the National Oceanic and Atmospheric Administration.

“Already, snowmelt and runoff are shifting earlier, our soils are becoming drier, and the growing season has lengthened,” Lukas said. “Wildfires and heat waves have become more common, too. Climate projections suggest those trends—all of which can affect water supply and demand—will continue.”

The newest climate models are split on whether the future will see increasing, decreasing or similar amounts of annual precipitation in Colorado. Even if the future brings more precipitation, the report notes, skiers, farmers and cities may not benefit because a warmer atmosphere will pull more moisture out of the state’s snowpack, soils, crops and other plants.

In producing “Climate Change in Colorado,” the authors sought to provide information that would be useful to people involved in making long-term decisions about Colorado’s water in the face of climate change.

“This report will help to inform critical products like the Statewide Water Supply Initiative (SWSI) and Colorado’s Water Plan,” said James Eklund, Colorado Water Conservation Board director. “This report will add value, just as the 2008 report was widely used by the state and other entities to inform their long-term planning processes such as the Colorado Drought Mitigation and Response Plan and the city of Denver’s Climate Adaptation Plan.”

Among the findings presented in the new report:

The Western Water Assessment (WWA) is part of the Cooperative Institute for Research in Environmental Sciences (CIRES), a joint institute of CU-Boulder and the National Oceanic and Atmospheric Administration (NOAA). The Colorado Water Conservation Board (CWCB) is a division of the Colorado Department of Natural Resources and spearheads the state’s climate change adaptation efforts.

Co-authors of the report are Joseph Barsugli of CIRES and NOAA’s Earth System Research Laboratory (ESRL), Nolan Doesken of Colorado State University and the Colorado Climate Center, Imtiaz Rangwala of WWA, and Klaus Wolter of CIRES and ESRL.

Drone crashes are becoming more common than ever before. Engineers at the ATLAS Institute have built a robot that comes with its own inflatable "airbag." END_OF_DOCUMENT_TOKEN_TO_BE_REPLACED 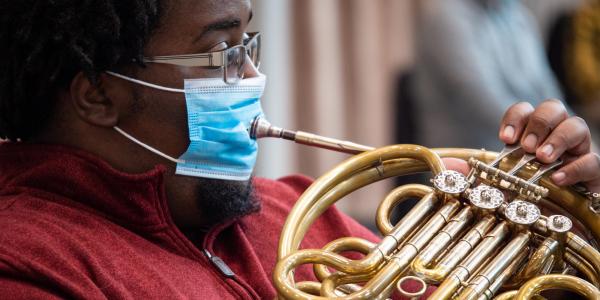 A CU Boulder research team of scientists and musicians seeks to find out how musical ensembles around the world can continue to safely perform music together during the pandemic. END_OF_DOCUMENT_TOKEN_TO_BE_REPLACED 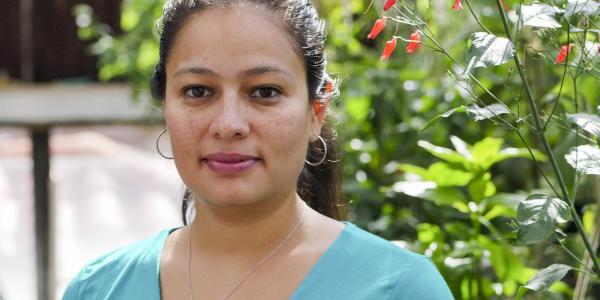 An array of little-known chemicals present in marijuana can interact to influence the taste, smell and effect of each unique strain. But, according to new research, the cannabis industry seldom tests for those compounds and knows little about them. END_OF_DOCUMENT_TOKEN_TO_BE_REPLACED
Return to the top of the page