A children’s classic that already is a candidate for the all-time best feel-good book, “Goodnight Moon,” has gotten a boost: A University of Colorado Boulder team printed the first 3D version of it, allowing visually impaired children and their families to touch objects in the story -- like the cow jumping over the moon -- as it is read aloud.

The story by Margaret Wise Brown of a bunny in bed wishing good night to his surroundings, “Goodnight Moon” was a logical first choice for CU-Boulder’s Tactile Picture Books Project -- there are more than 40 million copies in print and it has been translated into at least a dozen languages. CU-Boulder computer science Assistant Professor Tom Yeh and his team now are using the same techniques to print several other highly popular children’s books in 3D, including “Harold and the Purple Crayon” and “The Very Hungry Caterpillar.”

“When my son was born three years ago we got five copies of ‘Goodnight Moon’ as gifts, an indication of how popular it is among small children and adults,” said Yeh. “It seemed to me to be the ideal book that would lend itself to our new research effort.”

The idea of tactile picture books is not new, said Yeh. “What is new is making 3D printing more accessible and interactive so parents and teachers of visually impaired children can customize and print these kinds of picture books in 3D,” he said. Yeh gave a presentation on the subject at the annual Association for Computing Machinery’s CHI Conference on Human Factors in Computing Systems held in May in Toronto.

Yeh directs the Sikuli Lab at CU-Boulder, where his students conduct research on how computers can see better and interact with humans more naturally. Yeh, who received his doctorate in computer science from the Massachusetts Institute of Technology, also studies artificial intelligence with a goal of people using it to solve practical problems.

This spring, Yeh assigned students in his rapid prototyping class to create four 3D pages each from the popular kid’s book “Harold and the Purple Crayon,” published in 1955 by Crocket Johnson, in which a small boy creates his own world by simply drawing it. For the finished book, Yeh selected one page from each student in the class. “The creative side of these students really came out,” he says.

Some of the 3D pages printed by Yeh’s students contained only a single object that dominated a particular page -- like a boat Harold is climbing in, for example -- objects that may be scaled to larger or smaller sizes so blind children can better feel its shape. The 3D pages for “Harold and the Purple Crayon” currently are on display along the stairwell wall of the Gemmill Library in CU-Boulder’s Mathematics Building.

The main idea is to represent 2D graphics in a 3D, tactile way on a scale appropriate for the cognitive abilities and interests of young children, said Yeh. The team combines this information with computational algorithms -- essentially step-by-step instructions for mathematical calculations -- providing an interface that allows parents, teachers and supporters to print their own customized picture books using 3D computers.

“Ideally a parent could choose a book, take a picture of a page, send the picture to a 3D printer, which would result in a 3D tactile book,” he said. “We are investigating the scientific, technical and human issues that must be addressed before this vision can be fully realized.”

Yeh said hobbyists who already own 3D printers could be a huge help to the project. “If they could donate their creative minds and time to make something that benefits visually impaired kids, that would be great.” Another potential benefit? The cost of 3D printers -- currently thousands of dollars -- will likely drop significantly in the coming years, just as ink jet laser printers did a few decades ago, making them accessible to most people.

The global enthusiasm for 3D printing is off the charts, said Yeh. People now are 3D printing aircraft engine parts, bikinis, pizzas, bicycles, artificial limbs and teddy bears -- even all of the parts required to assemble another 3D printer. Yeh likened 3D printing to building an object with a tiny Lego set: Setting down nearly microscopic drops of material -- often liquid plastic -- then building them up into 3D objects, like a clock or a dinosaur, a drop at a time using the interface created by Yeh and his team.

“I realized we could do something meaningful by interpreting pictures from these children’s books using mathematical diagrams,” he said. “This project is much more difficult than I envisioned, but it also is much more rewarding.”

The Tactile Picture Books Project headed by Yeh was boosted last year by an $8,000 outreach grant from the university, which has helped his research team collaborate with the Anchor Center for Blind Children, a preschool in Denver, to better understand the needs of visually impaired toddlers and how parents can effectively engage them in reading. One big advantage to tactile 3D children’s books is that many blind children do not start learning Braille until they are about six years old, said Yeh.

“The University of Colorado Boulder is the expert in technology and the Anchor Center is the expert in tactile reading,” said Anchor Center teacher JC Greeley. “Together we are able to create a unified tactile reading tool that gives young visually impaired children immediate and equal accessibility to books, offering the whole family a way to experience the magic of reading together.”

CU-Boulder graduate student Abigale Stangl of the ATLAS program and the computer science department, one of Yeh’s students, volunteers at the Anchor Center. “For the visually impaired, tactile development is important,” she said. “I’m interested in learning different ways we perceive the world and how we can help create interesting experiences through touch.”

Another doctoral student, Jeeeun Kim, helped to create and refine the first “Goodnight Moon” 3D-printed book. “We liked that the story is simple and all objects the little bunny says goodnight to are easily found in our daily lives, enabling children to imagine what those look like,” said Jeeeun.

“The 3D technology already was there, we had techniques we developed for image processing, you put them together and you have the means to print out 3D images from children’s books,” said Yeh. “The goal is to have parents, teachers and supporters of visually impaired children learn how to use software and 3D printers to make books of their own. Since each child generally has his or her unique visual impairment issues, the idea is to customize each book for each child.”

Yeh, who also conducts research on “big data” and security issues, said it was a risky proposition to dive into the world of 3D picture books for vision-impaired kids. “I took a chance and I am doing something very different, which is fulfilling.” he said. “The engineering college has been very supportive of my work.

“Our goal now is to generate more interest in this project,” said Yeh. “We will be putting on some workshops in the Denver-Boulder area this summer, teaching people how to make 3D models of children’s picture books and printing them.” 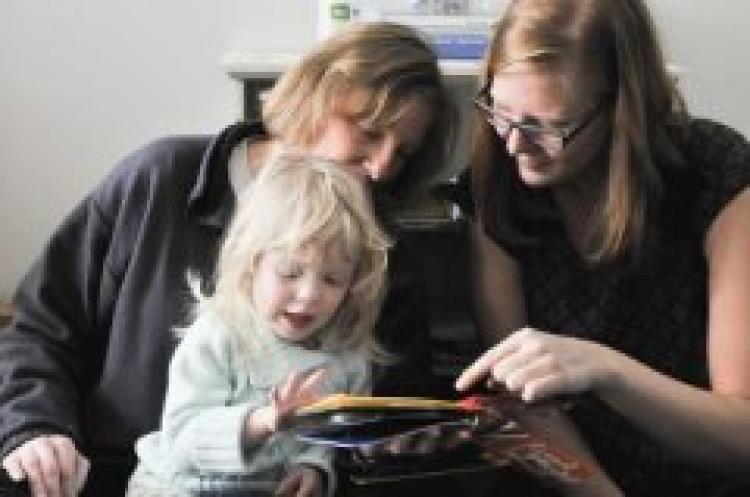 “The 3D technology already was there, we had techniques we developed for image processing, you put them together and you have the means to print out 3D images from children’s books,” said CU-Boulder computer science Assistant Professor Tom Yeh. “The goal is to have parents, teachers and supporters of visually impaired children learn how to use software and 3D printers to make books of their own. Since each child generally has his or her unique visual impairment issues, the idea is to customize each book for each child.”
Categories:

Awake too early when you should be asleep? Might want to try and switch things up. A new study by the University of Colorado shows that the longer people are awake during the time their biological clock is telling them to sleep the worse their sensitivity to insulin, which is a precursor to diabetes. END_OF_DOCUMENT_TOKEN_TO_BE_REPLACED

On Thursday, Oct. 29, at 4 p.m. in UMC 235, Institute of Arctic and Alpine Research Fellow and Professor of civil, environmental and architectural engineering Diane McKnight will present, “The McMurdo Dry Valleys, Antarctica: Ecosystems waiting for water” as part of the 2015 Distinguished Research Lecturer series. END_OF_DOCUMENT_TOKEN_TO_BE_REPLACED

SuviCa Inc. of Boulder, a University of Colorado Boulder biotech start-up company, has been awarded roughly $1.5 million in federal funding to develop novel treatments for head and neck cancer. END_OF_DOCUMENT_TOKEN_TO_BE_REPLACED
Return to the top of the page