During two days of intensive airborne measurements, oil and gas operations in Colorado’s Front Range leaked nearly three times as much methane, a greenhouse gas, as predicted based on inventory estimates, and seven times as much benzene, a regulated air toxic. Emissions of other chemicals that contribute to summertime ozone pollution were about twice as high as estimates, according to the new paper, accepted for publication in the American Geophysical Union’s Journal of Geophysical Research: Atmospheres.

“These discrepancies are substantial,” said lead author Gabrielle Petron, an atmospheric scientist with the Cooperative Institute for Research in Environmental Sciences, a joint institute of the University of Colorado Boulder and the National Oceanic and Atmospheric Administration. “Emission estimates or ‘inventories’ are the primary tool that policy makers and regulators use to evaluate air quality and climate impacts of various sources, including oil and gas sources. If they’re off, it’s important to know.”

The new paper provides independent confirmation of findings from research performed from 2008-2010, also by Petron and her colleagues, on the magnitude of air pollutant emissions from oil and gas activities in northeastern Colorado. In the earlier study, the team used a mobile laboratory—sophisticated chemical detection instruments packed into a car—and an instrumented NOAA tall tower near Erie, Colorado, to measure atmospheric concentrations of several chemicals downwind of various sources, including oil and gas equipment, landfills and animal feedlots.

Back then, the scientists determined that methane emissions from oil and gas activities in the region were likely about twice as high as estimates from state and federal agencies, and benzene emissions were several times higher. In 2008, northeastern Colorado’s Weld County had about 14,000 operating oil and gas wells, all located in a geological formation called the Denver-Julesburg Basin.

In May 2012, when measurements for the new analysis were collected, there were about 24,000 active oil and gas wells in Weld County. The new work relied on a different technique, too, called mass-balance. In 2012, Petron and her colleagues contracted with a small aircraft to measure the concentrations of methane and other chemicals in the air downwind and upwind of the Denver-Julesburg Basin. On the ground, NOAA wind profilers near Platteville and Greeley tracked around-the-clock wind speed and wind direction.

On two days in May 2012, conditions were ideal for mass-balance work. Petron and her team calculated that 26 metric tons of methane were emitted hourly in a region centered on Weld County. To estimate the fraction from oil and gas activities, the authors subtracted inventory estimates of methane emissions from other sources, including animal feedlots, landfills and wastewater treatment plants. Petron and her team found that during those two days, oil and gas operations in the Denver-Julesburg Basin emitted about 19 metric tons of methane per hour, 75 percent of the total methane emissions. That’s about three times as large as an hourly average estimate for oil and gas operations based on Environmental Protection Agency’s (EPA’s) Greenhouse Gas Reporting Program (itself based on industry-reported emissions).

Petron and her colleagues combined information from the mass-balance technique and detailed chemical analysis of air samples in the laboratory to come up with emissions estimates for volatile organic compounds, a class of chemicals that contributes to ozone pollution; and benzene, an air toxic.

Benzene emissions from oil and gas activities reported in the paper are significantly higher than state estimates: about 380 pounds (173 kilograms) per hour, compared with a state estimate of about 50 pounds (25 kilograms) per hour. Car and truck tailpipes are a known source of the toxic chemical; the new results suggest that oil and gas operations may also be a significant source.

Oil-and-gas-related emissions for a subset of volatile organic compounds (VOCs), which can contribute to ground-level ozone pollution, were about 25 metric tons per hour, compared to the state inventory, which amounts to 13.1 tons. Ozone at high levels can harm people’s lungs and damage crops and other plants; the northern Front Range of Colorado has been out of compliance with federal health-based 8-hour ozone standards since 2007, according to the EPA. Another CIRES- and NOAA-led paper published last year showed that oil and natural gas activities were responsible for about half of the contributions of VOCs to ozone formation in northeastern Colorado.

This summer, dozens of atmospheric scientists from NASA, the National Center for Atmospheric Research, NOAA, CIRES and other will gather in the Front Range, to participate in an intensive study of the region’s atmosphere, said NCAR scientist Gabriele Pfister. With research aircraft, balloon-borne measurements, mobile laboratories and other ground-based equipment, the scientists plan to further characterize the emissions of many possible sources, including motor vehicles, power plants, industrial activities, agriculture, wildfires and transported pollution.

"This summer's field experiment will provide us the information we need to understand all the key processes that contribute to air pollution in the Front Range," Pfister said.

CIRES is a partnership of NOAA and CU-Boulder.

Authors of “A new look at methane and non-methane hydrocarbon emissions from oil and natural gas operations in the Colorado Denver-Julesburg Basin,” include 26 scientists from CIRES; NOAA’s Earth System Research Laboratory; the Institute for Arctic and Alpine Research at CU-Boulder; the University of California, Davis; and the University of Colorado Boulder. Funding for the work, which is published in the Journal of Geophysical Research: Atmospheres, came from the Environmental Defense Fund, NOAA (the Office of Oceanic and Atmospheric Research and the Climate Program Office) and the National Science Foundation. 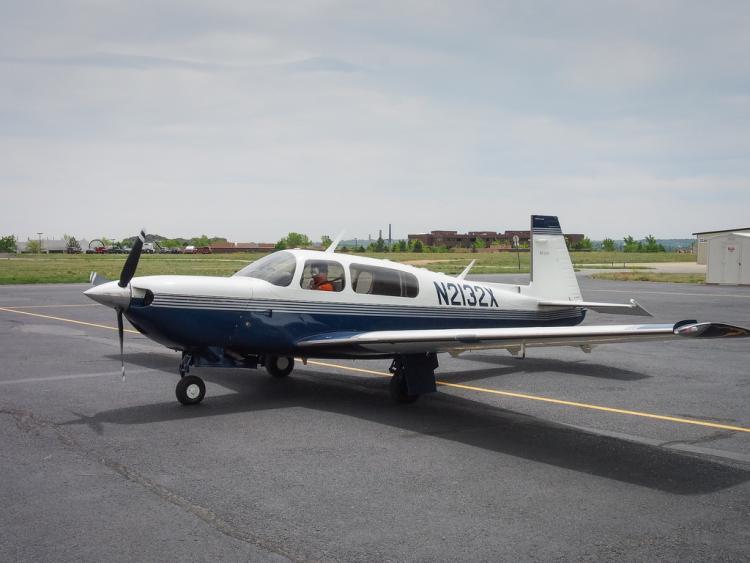 Atmospheric scientist and pilot Stephen Conley (University of California Davis and Scientific Aviation) prepares to take off from Boulder Municipal Airport in a single-engine Mooney TLS aircraft, retrofitted for atmospheric research, in May 2012. During two days of measurements that month, researchers found oil and gas activities in northeastern Colorado released more methane, ozone pollution precursors and benzene than estimated by regulators. Credit: Will von Dauster, NOAA

Awake too early when you should be asleep? Might want to try and switch things up. A new study by the University of Colorado shows that the longer people are awake during the time their biological clock is telling them to sleep the worse their sensitivity to insulin, which is a precursor to diabetes. END_OF_DOCUMENT_TOKEN_TO_BE_REPLACED

On Thursday, Oct. 29, at 4 p.m. in UMC 235, Institute of Arctic and Alpine Research Fellow and Professor of civil, environmental and architectural engineering Diane McKnight will present, “The McMurdo Dry Valleys, Antarctica: Ecosystems waiting for water” as part of the 2015 Distinguished Research Lecturer series. END_OF_DOCUMENT_TOKEN_TO_BE_REPLACED

SuviCa Inc. of Boulder, a University of Colorado Boulder biotech start-up company, has been awarded roughly $1.5 million in federal funding to develop novel treatments for head and neck cancer. END_OF_DOCUMENT_TOKEN_TO_BE_REPLACED
Return to the top of the page