If Galileo was still alive and kicking, he might want to take a selfie with some of the thousands of citizen scientists all around the world for their surprisingly accurate work of counting craters on the pock-marked moon.

A new study led by the University of Colorado Boulder showed that as a group, volunteer counters who examined a particular patch of lunar real estate using NASA images did just as well in identifying individual craters as professional crater counters with five to 50 years of experience. And Galileo, who was observing the craters some 400 years ago with a rudimentary telescope, likely would be in awe.

“The new research points out that crowdsourcing is a viable way to do planetary science,” said Research Scientist Stuart Robbins of CU-Boulder’s Laboratory for Atmospheric and Space Physics, who led the study. The study compared the results of eight professional planetary crater counters with several thousand amateur crater counters from every corner of the globe.

“What we can say is that a very large group of volunteers was able to chart these features on the moon just as well as professional researchers,” Robbins said. “More importantly, we now have evidence that we can use the power of crowdsourcing to gather more reliable data from the moon than we ever thought was possible before.”

A paper on the subject was published online March 4 in the journal Icarus.

The crater-counting effort was initiated by CosmoQuest, a citizen science Web project that contributes real science to NASA space missions through the use of volunteers. In addition to analyzing high-resolution photos of the moon, the volunteers are helping planetary scientists tally craters on Mercury and the asteroid Vesta.

“Craters on the moon are important to scientists because they are a record of the cosmic mayhem that went on during the early formation of our solar system,” said Robbins. Most scientists believe that period was like a giant, madhouse billiard game, with comets, asteroids, moons and planets randomly slamming into each other for hundreds of millions of years.

“The early solar system bombardment recorded on the lunar surface allows scientists to look backward in time to see the conditions early Earth likely endured,” said Robbins.  “As scientists, we not only want to know what events happened, but when.”

The images under study by both the volunteer crater counters and the experts were taken by a camera onboard NASA’s Lunar Reconnaissance Orbiter, launched in 2009.  “Our citizen scientists are helping professional scientists explore the lunar surface, including spotting hazards and safe havens for future moon missions,” he said.

In a very rough estimate, Robbins calculated through the extrapolation process that there are some 500 million craters on the moon larger than about 35 feet across created by impacting objects. Unlike Earth, the moon never had tectonic plate movements, erosion and has not experienced widespread volcanism for billions of years – processes that tend to “erase” geological features like impacts on Earth.

A lack of these processes leaves the moon harboring dozens of craters that are roughly one-third the length of the United States or larger, he said. By comparison, the largest known crater impact on Earth – and there are less than 200 known, all told – is the Vredefort crater in South Africa, which is only 190 miles, or 300 kilometers, across.

For the lunar crater-counting project, several images of small portions of the moon were put online and the planetary science professionals and the citizen scientists were asked to identify craters in the images that were at least 18 or more pixels, said Robbins. The area of the high-resolution images under study by the crater counters for the project was about 1.4 square miles, or roughly the area of 1,000 football fields.

Eighteen pixels in the images are equal to a crater about 35 feet, or 11 meters, in diameter, he said. The variation between individuals counting craters can be substantial for both experts and volunteers. Even the total craters counted by experts in a single image varied by as much as 100 percent, or a factor of two. But when averaged by group, the population of craters found by the experts and citizen scientists were statistically similar, said Robbins.

“The results from the study were very reassuring to us,” said Robbins, who also is affiliated with the Southwest Research Institute in Boulder (SwRI). “Without this first step of verifying the accuracy of volunteer crater counters, there would be no point in continuing the project. Our study results mean we can now use the power of crowdsourcing to gather more data than we ever thought possible before.”

He likened the new crater study of the moon as stepping onto “the first rung of a ladder” in the solar system, with further rungs being rocky bodies like Mars, Mercury and asteroids. “Our view now is to let the scientists focus on the science, and willing volunteers can do crowdsourcing work by marking craters -- even if they do it at night while watching television,” he said.

CosmoQuest has also provided workshops through SIUE for educators working as part of national STEM efforts, which are designed to transform undergraduate education and boost the numbers of college graduates pursuing teaching careers.

In addition to CU-Boulder, SIUE and SwRI, study co-authors are from Western Ontario University, Mount Holyoke College, the University of Alaska Fairbanks and Washington University in St. Louis. The study was funded primarily by NASA’s Lunar Science Institute and the Maryland Space Grant Consortium.

“What we can say is that a very large group of volunteers was able to chart these features on the moon just as well as professional researchers,” said Research Scientist Stuart Robbins of CU-Boulder’s Laboratory for Atmospheric and Space Physics, who led the study. “More importantly, we now have evidence that we can use the power of crowdsourcing to gather more reliable data from the moon than we ever thought was possible before.”
Categories: 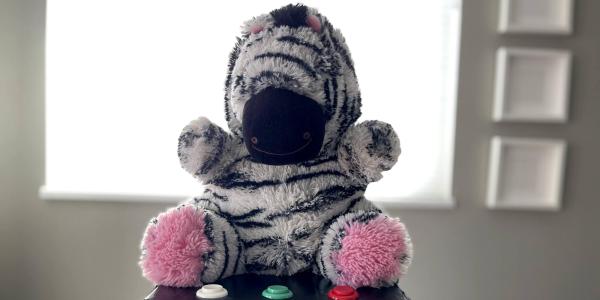 “I goed to school, and my friends were not listening.” Layne Hubbard, who earned her doctorate from CU Boulder in 2021, is developing new technology to help young kids take charge of their own stories. END_OF_DOCUMENT_TOKEN_TO_BE_REPLACED 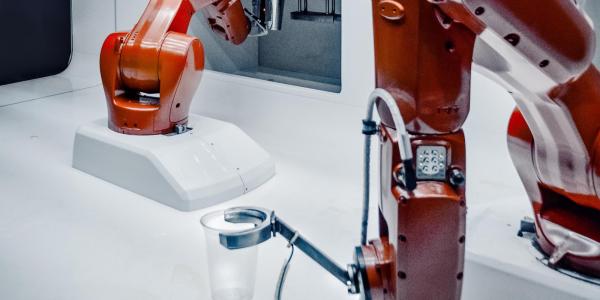 Social robots tend to be associated with futuristic science fiction movies, like Vision, the android from the Marvel Cinematic Universe, or C-3PO from Star Wars. In reality, they have rewarding applications in the present day. END_OF_DOCUMENT_TOKEN_TO_BE_REPLACED 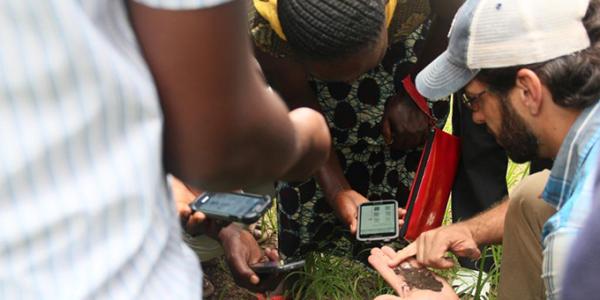 CU-Boulder’s Innovative Seed Grant program is awarding $1 million through 23 grants that take investigators in creative and sometimes high-risk, high-reward directions, like a new project exploring the relationship between climate change and political instability in the Middle East. END_OF_DOCUMENT_TOKEN_TO_BE_REPLACED
Return to the top of the page