A revolutionary University of Colorado Boulder toilet fueled by the sun that is being developed to help some of the 2.5 billion people around the world lacking safe and sustainable sanitation will be unveiled in India this month.

The self-contained, waterless toilet, designed and built using a $777,000 grant from the Bill & Melinda Gates Foundation, has the capability of heating human waste to a high enough temperature to sterilize human waste and create biochar, a highly porous charcoal, said project principal investigator Karl Linden, professor of environmental engineering. The biochar has a one-two punch in that it can be used to both increase crop yields and sequester carbon dioxide, a greenhouse gas.

The project is part of the Gates Foundation’s “Reinvent the Toilet Challenge,” an effort to develop a next-generation toilet that can be used to disinfect liquid and solid waste while generating useful end products, both in developing and developed nations, said Linden. Since the 2012 grant, Linden and his CU-Boulder team have received an additional $1 million from the Gates Foundation for the project, which includes a team of more than a dozen faculty, research professionals and students, many working full time on the effort.

According to the Gates Foundation, the awards recognize researchers who are developing ways to manage human waste that will help improve the health and lives of people around the world. Unsafe methods to capture and treat human waste result in serious health problems and death – food and water tainted with pathogens from fecal matter results in the deaths of roughly 700,000 children each year.

Linden’s team is one of 16 around the world funded by the Gates “Reinvent the Toilet Challenge” since 2011. All have shipped their inventions to Delhi, where they will be on display March 22 for scientists, engineers and dignitaries. Other institutional winners of the grants range from Caltech to Delft University of Technology in the Netherlands and the National University of Singapore.

The CU-Boulder invention consists of eight parabolic mirrors that focus concentrated sunlight to a spot no larger than a postage stamp on a quartz-glass rod connected to eight bundles of fiber-optic cables, each consisting of thousands of intertwined, fused fibers, said Linden.  The energy generated by the sun and transferred to the fiber-optic cable system -- similar in some ways to a data transmission line -- can heat up the reaction chamber to over 600 degrees Fahrenheit to treat the waste material, disinfect pathogens in both feces and urine, and produce char.

“Biochar is a valuable material,” said Linden. “It has good water holding capacity and it can be used in agricultural areas to hold in nutrients and bring more stability to the soils.” A soil mixture containing 10 percent biochar can hold up to 50 percent more water and increase the availability of plant nutrients, he said. Additionally, the biochar can be burned as charcoal and provides energy comparable to that of commercial charcoal.

“We are doing something that has never been done before,” said Linden. “While the idea of concentrating solar energy is not new, transmitting it flexibly to a customizable location via fiber-optic cables is the really unique aspect of this project.” The interdisciplinary project requires chemical engineers for heat transfer and solar energy work, environmental engineers for waste treatment and stabilization, mechanical engineers to build actuators and moving parts and electrical engineers to design control systems, Linden said.

While the current toilet has been created to serve four to six people a day, a larger facility that could serve several households simultaneously is under design with the target of meeting a cost level of five cents a day per user set by the Gates Foundation. “We are continuously looking for ways to improve efficiency and lower costs,” he said.

“The great thing about the Gates Foundation is that they provide all of the teams with the resources they need,” Linden said. “The foundation is not looking for one toilet and one solution from one team. They are nurturing unique ideas and looking at what the individual teams bring overall to the knowledge base.”

Linden, who called the 16 teams a “family of researchers,” said the foundation has funded trips for CU-Boulder team members to collaborate with the other institutions in places like Switzerland, South Africa and North Carolina. “Instead of sink or swim funding, they want every team to succeed. In some ways we are like a small startup company, and it’s unlike any other project I have worked on during my career,” he said.

CU-Boulder team member Elizabeth Travis from Parker, Colo., who is working toward a master’s degree in the engineering college’s Mortenson Center in Engineering for Developing Communities, said her interest in water and hygiene made the Reinvent the Toilet project a good fit. “It is a really cool research project and a great team,” she said. “Everyone is very creative, patient and supportive, and there is a lot of innovation. It is exciting to learn from all of the team members.”

“We have a lot of excitement and energy on our team, and the Gates Foundation values that,” Linden said.  “It is one thing to do research, another to screw on nuts and bolts and make something that can make a difference. To me, that’s the fun part, and the project is a nice fit for CU-Boulder because we have a high interest in developing countries and expertise in all of the renewable energy technologies as well as sanitation.”

The CU-Boulder team is now applying for phase two of the Gates Foundation Reinvent the Toilet grant to develop a field-worthy system to deploy in a developing country based on their current design, and assess other technologies that may enhance the toilet system, including the use of high-temperature fluids that can collect, retain and deliver heat. 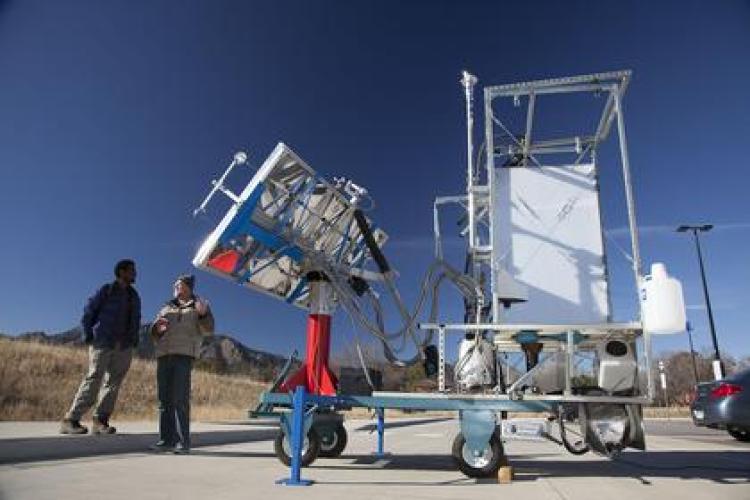 “We are doing something that has never been done before,” said project principal investigator Karl Linden, professor of environmental engineering. “While the idea of concentrating solar energy is not new, transmitting it flexibly to a customizable location via fiber-optic cables is the really unique aspect of this project.” The interdisciplinary project requires chemical engineers for heat transfer and solar energy work, environmental engineers for waste treatment and stabilization, mechanical engineers to build actuators and moving parts and electrical engineers to design control systems, Linden said.
Categories:

University of Colorado Boulder student Andrew Nelson has been awarded a prestigious Goldwater Scholarship. The scholarship is worth up to $7,500 and recognizes sophomores and juniors who have achieved high academic merit and who are expected to be leaders in their fields. END_OF_DOCUMENT_TOKEN_TO_BE_REPLACED 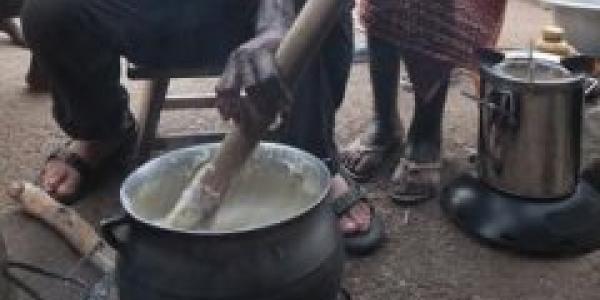 A $1.5 million grant from the Environmental Protection Agency will help researchers at the University of Colorado Boulder and the National Center for Atmospheric Research measure pollution from residential cooking and better understand a problem that kills millions of women and children each year in the developing world. END_OF_DOCUMENT_TOKEN_TO_BE_REPLACED 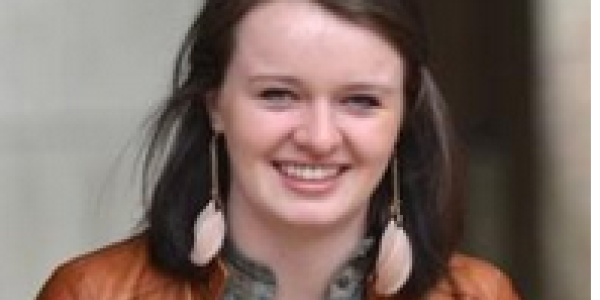 Jordan Burns, a University of Colorado Boulder junior majoring in civil engineering, has won a prestigious Truman Scholarship, an honor that brings with it up to $30,000 for graduate study. Burns, who is from Colorado Springs, is CU-Boulder’s ninth recipient of the scholarship and first since 2006. END_OF_DOCUMENT_TOKEN_TO_BE_REPLACED
Return to the top of the page