At CU-Boulder, Kissler is working with Associate Professor Vanja Dukic on groundbreaking research to model the spread of meningitis in Nigeria. He also has worked with David Bortz, associate professor of mathematical biology, and has collaborated with a group at Johns Hopkins University.

At Cambridge, Kissler plans to study the spread of influenza. New research indicates that influenza spreads not quickly and sporadically, as previously believed, but in a slower, more unified manner. Kissler’s research will consist of mathematically describing this surprising pattern to identify key factors in the spread of the infection. The outcome of his work could give cities more notice before flu outbreaks hit, and change vaccination and prevention strategies.

“I’m incredibly excited,” said Kissler. “It’s an amazing opportunity. It’s going to give me a chance to interact with lots of really great scholars from tons of different fields in one of the most beautiful and demanding but also historically rich places in the world.”

Kissler plays violin with the Boulder Symphony Orchestra. He’s been an active mentor in many communities on campus including Special Undergraduate Enrichment Programs, the Boettcher Program and the Engineering Honors and Global Engineering programs.

He was a member of the Presidents Leadership Class and former chair of the Engineering Excellence Fund. Kissler was awarded the Provost’s Achievement Award in 2011, and won the outstanding paper/MAA award at the COMAP Math Modeling Contest in 2012.

“Stephen is one of those rare students who quietly and without fanfare changes the landscape,” said Deborah Viles, CU-Boulder’s top scholarships director. “His research is likely to have a significant impact on the way we manage disease on an international scale. But he is also a humanitarian whose greatest strengths lie in his ability to connect on a human level. He’s truly remarkable. He’s a shining example of the exemplary education available to students at CU-Boulder.”

Kissler was among 90 students interviewed for 40 U.S. Gates Cambridge Scholarships. His application was selected from a pool of more than a thousand and he was highly ranked by his chosen department at Cambridge before interviewing in Seattle.

Kissler is the second CU-Boulder student to win the Gates Cambridge Scholarship. In 2006, alumnus Alejandro Ramirez won the award to complete a one-year master’s program in biological sciences.

The Gates Cambridge Scholarship was established in 2000 by a gift from the Bill & Melinda Gates Foundation to Cambridge. Gates Cambridge scholars are selected for their outstanding intellectual ability, their leadership potential and a strong commitment to improving the lives of others.

Kissler is originally from Castle Rock. He graduated from Douglas County High School and his family now lives in Pueblo.

For more information about the Gates Cambridge Scholarship visit http://www.gatescambridge.org. For more details about top scholarships at CU-Boulder visit http://enrichment.colorado.edu/topscholarships/. 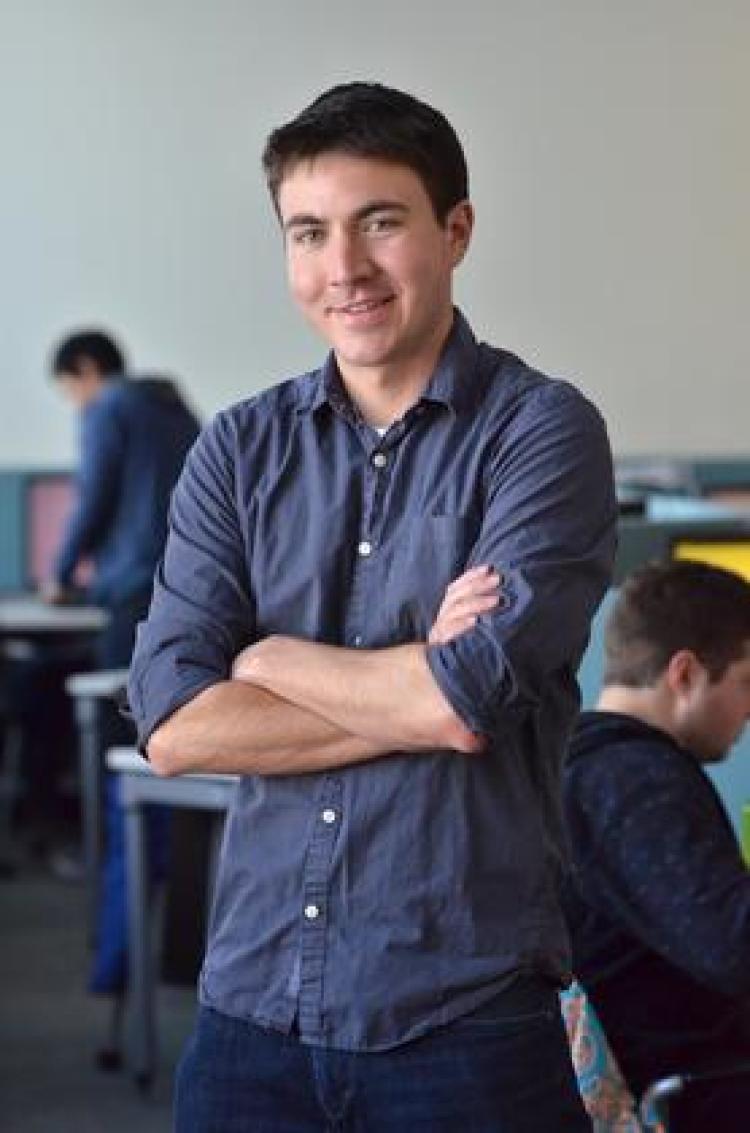 Stephen Kissler. (Photo by Casey A. Cass/University of Colorado)

Awake too early when you should be asleep? Might want to try and switch things up. A new study by the University of Colorado shows that the longer people are awake during the time their biological clock is telling them to sleep the worse their sensitivity to insulin, which is a precursor to diabetes. END_OF_DOCUMENT_TOKEN_TO_BE_REPLACED

On Thursday, Oct. 29, at 4 p.m. in UMC 235, Institute of Arctic and Alpine Research Fellow and Professor of civil, environmental and architectural engineering Diane McKnight will present, “The McMurdo Dry Valleys, Antarctica: Ecosystems waiting for water” as part of the 2015 Distinguished Research Lecturer series. END_OF_DOCUMENT_TOKEN_TO_BE_REPLACED

SuviCa Inc. of Boulder, a University of Colorado Boulder biotech start-up company, has been awarded roughly $1.5 million in federal funding to develop novel treatments for head and neck cancer. END_OF_DOCUMENT_TOKEN_TO_BE_REPLACED
Return to the top of the page