A $6 million University of Colorado Boulder instrument designed to study the behavior of lunar dust will be riding on a NASA mission to the moon now slated for launch on Friday, Sept. 6, from the agency’s Wallops Flight Facility in Virginia.

The mission, known as the Lunar Atmosphere and Dust Environment Explorer, or LADEE, will orbit the moon to better understand its tenuous atmosphere and whether dust particles are being lofted high off its surface. The $280 million LADEE mission, designed, developed, integrated and tested at NASA’s AMES Research Center in Moffett Field, Calif., will take about a month to reach the moon and another month to enter the proper elliptical orbit and to commission the instruments. A 100-day science effort will follow.

“We are ready and excited for launch,” said CU-Boulder physics Professor Mihaly Horanyi of the Laboratory for Atmospheric and Space Physics, principal investigator for the Lunar Dust Experiment, or LDEX. “We think our instrument can help answer some important questions related to the presence and transport of dust in the lunar atmosphere.”

One unanswered question since the days of the Apollo program is why astronauts saw a pre-sunrise glow above the lunar horizon, said Horanyi, who directs LASP’s Colorado Center for Lunar Dust and Atmospheric Studies. “The glow has been suggested to be caused by dust particles that were electrically charged by solar ultraviolet light, causing them to lift off from the moon’s surface.”

About the size of a small toaster oven, the LDEX instrument will be able to chart the existence, size and individual velocities of tiny dust particles as small as 0.6 microns in diameter.  For comparison, a standard sheet of paper is about 100 microns thick. A collision between a dust particle and a hemisphere-shaped target on LDEX generates a unique electrical signal inside the instrument to allow scientists to detect individual particles, said Horanyi.

Horanyi said clouds of dust specks seemingly observed by astronauts hovering over the moon likely weren’t clouds at all. “If you watch a cement truck on the highway, it seems to be carrying a dust cloud along with it. But what is actually happening is that every speck of dirt coming off the truck is falling onto the highway,” he said.

“The specks have very short lifespans, and the cloud that appears to surround the truck is actually a continual rain of dust from the vehicle to the pavement,” he said. “Similarly, the smallest lunar dust particles could also continually lift off and fall back onto the surface.”

Knowing more about the behavior of lunar dust could be of use for future human expeditions to the moon, including potential colonization efforts. Learning more about lunar dust also might help scientists better understand dust on other moons in the solar system -- like Phobos and Deimos that orbit Mars – that have been suggested by some as possible initial landing posts for crewed missions headed to the Red Planet.

LADEE also is carrying an ultraviolet and visible light spectrometer, a neutral mass spectrometer and a lunar laser communications demonstration.

Astronauts walking on the moon sank into a shallow layer of dust, thought to be a product of millions of years of meteoric and interstellar particle bombardment, he said. “The beauty of physics is that we believe the same processes occur throughout the universe,” he said.  “What we see on the moon may well apply to Mercury, Phobos, Deimos or asteroids, which all have very tenuous atmospheres.”

When the LADEE spacecraft is inserted into an elliptical orbit, its closest approach will be less than 20 miles from the lunar surface. “The closer we can get to the surface the better,” he said.

“This is a very exciting mission that will answer an almost 50-year-old question in space science,” said CU-Boulder graduate student Jamey Szalay, who is writing data analysis software for the mission that will allow the team to analyze science results immediately after data is received from the spacecraft. “Given the convenient duration of the mission and promising science return, I’m very fortunate to be a part of the science team -- it’s a dream project for any graduate student in space sciences to be working on.”

Horanyi also is the principal investigator on CU-Boulder’s Student Dust Counter, a simpler instrument than LDEX flying on NASA’s New Horizons mission that was launched in 2006 to explore Pluto and the Kuiper Belt, a massive region beyond the planets containing icy objects left over from the formation of the solar system. The Student Dust Counter was designed, built, tested and operated entirely by students, primarily undergraduates, at LASP and has been collecting data for the past seven years. New Horizons is now more than 2.5 billion miles from Earth and will arrive at Pluto in two years.

CU-Boulder researcher David James, who now is working on LDEX, got his start helping to build SDC. “Although I was a student in a lab back then, it was almost like working in the private sector,” said James, who eventually received his doctorate from CU-Boulder. “We were building an instrument that was going to Pluto. It was an amazing experience with huge responsibilities, it pushed us to do our best, and it definitely shaped who I am today.”

The LDEX instrument, as well as many previous LASP instruments launched into space since the 1970s, will carry a laser engraving of the CU mascot, Ralphie the Buffalo, as well as the names of all university people who participated in the project, from students and scientists to engineers and administrative support staff. “It’s like adding a touch of history to the mission, perhaps for good luck and pride,” said Horanyi.  “After all, this is the University of Colorado.” 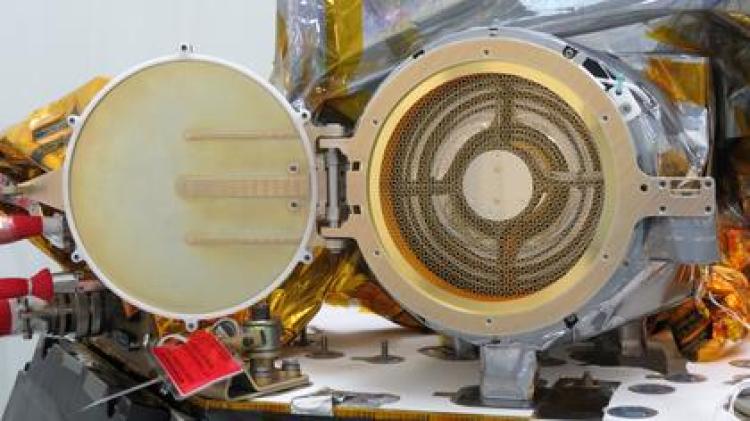 A team of CU-Boulder faculty and students designed and built an instrument for NASA's 2013 LADEE mission to the moon known as the the Lunar Dust Experiment, or LDEX, to study the behavior of moon dust and how it is affected by ultraviolet sunlight. Images courtesy NASA. 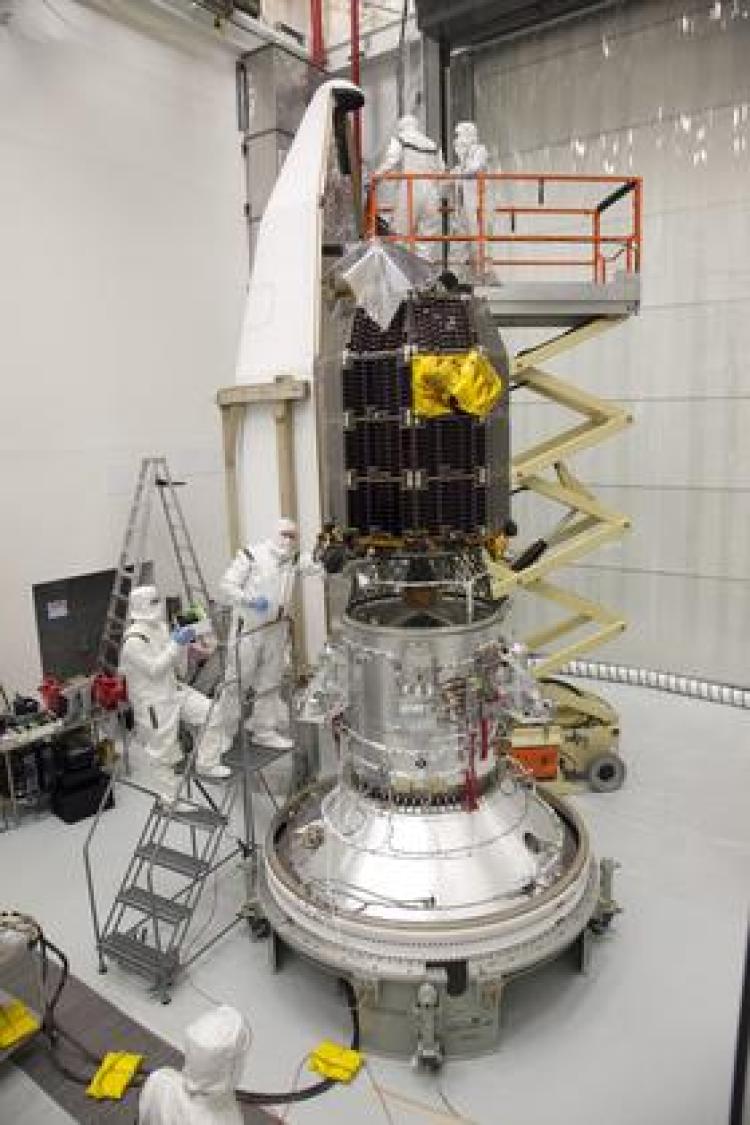 “This is a very exciting mission that will answer an almost 50-year-old question in space science,” said CU-Boulder graduate student Jamey Szalay, who is writing data analysis software for the mission that will allow the team to analyze science results immediately after data is received from the spacecraft. “Given the convenient duration of the mission and promising science return, I’m very fortunate to be a part of the science team -- it’s a dream project for any graduate student in space sciences to be working on.”
Categories:

When he was in high school, Daniel Pette was fascinated by stars. When his earth science teacher told him that massive stars die out faster than smaller ones, Pette diagrammed a theory to figure out why this was. When he discovered that his findings were correct, Pette became determined to pursue a career in astrophysics. END_OF_DOCUMENT_TOKEN_TO_BE_REPLACED

CU-Boulder's Penina Axelrad , professor and chair of the Department of Aerospace Sciences, received the 2015 Aerospace Educator Award from the Women in Aerospace association. END_OF_DOCUMENT_TOKEN_TO_BE_REPLACED

It’s August and that means the hottest show in the night sky -- the Perseid meteor shower -- will make its annual appearance, peaking in the pre-dawn hours of Aug. 11 to 14. END_OF_DOCUMENT_TOKEN_TO_BE_REPLACED
Return to the top of the page