Fire the coach? Not so fast, says new study by University of Colorado, Loyola professors

Fire the coach? Not so fast says a new study of elite college football teams.

Professors from the University of Colorado and Loyola University Chicago studied what happened to the records of college football teams that replaced a head coach for performance reasons in the Football Bowl Subdivision (formerly Division 1-A) between 1997 and 2010. Over this period, an average of 10 percent of FBS teams fired their coach each year because of the team’s poor performance on the field.

The authors used statistical methods to compare groups of teams that were similar except for the fact that one set of teams replaced their coach in an attempt to improve performance while the other set of teams did not. They assessed how coaching replacements affected team performance for the four years following a replacement. They found that, on average:

• When a team had been performing particularly poorly, replacing the coach resulted in a small, but short-lived, improvement in performance after a change.

• The records of mediocre teams -- those that, on average, won about 50 percent of their games in the year prior to replacing a coach -- became worse.

The statistical findings “suggest that the relatively common decision to fire head college football coaches for poor team performance may be ill-advised,” write political science professors Scott Adler of CU-Boulder, Michael Berry of CU Denver and David Doherty of Loyola University Chicago. Their study was the result of several years of research starting in about 2008 and was published online last month in the journal Social Science Quarterly.

Adler said, “For every team that does better following a change, there is another that sees a dip in performance.  Moreover, there is just as much volatility in win/loss records of teams that do and do not replace their coaches.”

It is the first analysis of college football teams to track the effects of coaching replacement over several years. It also used unique statistical techniques to  “match” teams that replaced their coach to teams that had been performing similarly but did not replace their coach. This approach provided a way to separate the effects of the coaching replacement from other factors – most notably past performance – that may explain differences in performance between teams with a new coach and teams with an established coach.

The statistical analysis doesn’t mean there are no exceptions, Adler said. Some teams that replace their coach do perform better – but the same can be said about teams that do not replace their coach. “What our findings demonstrate is that, on average, replacing a coach in an attempt to boost performance is not a winning proposition,” he said.

“Our findings have important practical implications for the high-stakes environment that is contemporary college football,” the authors write. “When a college football team’s performance is disappointing, the first and often only remedy administrators, fans and sports writers turn to is firing the coach. This is usually an expensive approach to solving the problem.

“Despite the fanfare that often accompanies the hiring of a new coach, our research demonstrates that at least with respect to on-field performance, coach replacement can be expected to be, at best, a break-even antidote.”

“For every team that does better following a change, there is another that sees a dip in performance. Moreover, there is just as much volatility in win/loss records of teams that do and do not replace their coaches," said Scott Adler, CU-Boulder professor of political science.
Categories:

University of Colorado Boulder student Andrew Nelson has been awarded a prestigious Goldwater Scholarship. The scholarship is worth up to $7,500 and recognizes sophomores and juniors who have achieved high academic merit and who are expected to be leaders in their fields. END_OF_DOCUMENT_TOKEN_TO_BE_REPLACED 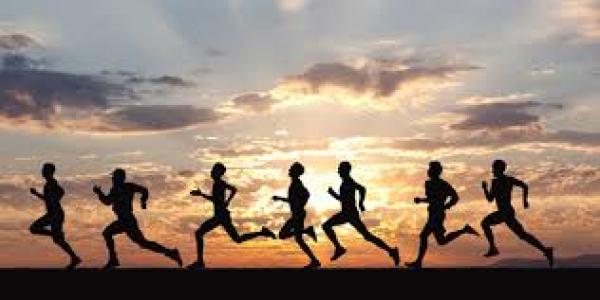 A new study involving the University of Colorado Boulder and Humboldt State University shows that senior citizens who run several times a week for exercise expend about the same amount of energy walking as a typical 20-year-old. END_OF_DOCUMENT_TOKEN_TO_BE_REPLACED

It took 48 games for the first and second rounds of the 64-team NCAA men’s basketball tournament to be decided, and millions of fans are deliriously awaiting the Sweet 16 to commence later this week. END_OF_DOCUMENT_TOKEN_TO_BE_REPLACED
Return to the top of the page