A new startup company that sprang from the University of Colorado Boulder this year is a Grand Challenges Exploration winner, an initiative funded by the Bill & Melinda Gates Foundation.

Psychology and neurosciences department Associate Professor Don Cooper, co-founder and chief science officer of Mobile Assay Inc. of Boulder who developed the technology in his laboratory at CU’s Institute for Behavioral Genetics, will pursue an innovative global health and development research project titled “A Lab on Mobile Device Platform for Seed Testing.”

Grand Challenges Explorations, or GCE, funds individuals worldwide who are taking innovative approaches to some of the world’s toughest and most persistent global health and development challenges.  GCE invests in the early stages of bold ideas that have real potential to solve problems people in the developing world face every day.  Cooper and Mobile Assay Inc. are one of more than 80 Grand Challenges Exploration Round 9 grants for $100,000 each announced today by the Bill & Melinda Gates Foundation.

“Investments in innovative global health research are already paying off,” said Chris Wilson, director of the Global Health Discovery and Translational Sciences at the Bill & Melinda Gates Foundation. “We continue to be impressed by the novelty and innovative spirit of Grand Challenges Explorations projects and are enthusiastic about this exciting research. These investments hold real potential to yield new solutions to improve the health of millions of people in the developing world, and ensure that everyone has the chance to live a healthy productive life.”

To receive funding, Grand Challenge Exploration Round 9 winners demonstrated in a two-page online application a creative idea in one of five critical global health and development topic areas that included agricultural development, immunization and communications.  Applications for the current open round, Grand Challenges Exploration round 10, will be accepted through Nov. 7, 2012.

Test strips are typically plastic with chemically impregnated pads designed to react with specific antibodies to produce a specific visual signal. Once the reaction takes place, the strip is developed in less than 10 minutes and the visual signal is quantified using the camera on a smartphone or mobile tablet device and proprietary software. There are now Lab on Mobile Device-compatible tests strips that are used to identify more than 1,000 different pathogens and pollutants.

A crucial part of the LMD project developed by Cooper and his team is Mobile Image Ratiometry, or MIR, which is a unique software algorithm that analyzes images and can precisely quantify the level of infection of crop pathogens, which are then mapped and shared via cloud computing that uses both software and hardware over the Internet. The LMD technology will allow for the creation of electronic “push-pin” maps where data will be made available on an openly shared website, enabling anyone to upload results and track outbreaks and infestations of seed-borne pathogens, ultimately helping people better regulate the informal exchanges of seeds, he said.

Cooper said the team will initially target the fungus Botrytis -- which can devastate crops like yams, potatoes, wheat, soybeans, onions and sorghum around the world -- as well as aflotoxins, which can contaminate seeds during storage and which are among the most carcinogenic substances known. Cooper said the MIR imaging technology can be used to increase the sensitivity of test strips -- including those for Botrytis and for aflotoxins produced by Aspergillis fungi -- by a factor of 100.

Experts estimate seed-borne diseases cause a loss of 50 million tons of food annually and that losses in developing countries are 60 to 80 percent higher than in industrialized countries. Estimates show 90 to 95 percent of seed used by small-scale and subsistence farmers is acquired through informal sources at the farm and community level.

It is estimated that by 2015 there will be more than 2 billion people in the world using smartphones, including more than 40 percent of the people in Africa. The Mobile Assay Inc. team also is developing a web application capable of performing test image analysis for those without smartphones but who have cell phones with cameras.  Such an application would be extremely useful in Africa, said Cooper, where there are now an estimated 700 million cell phone subscribers -- nearly 70 percent of the continent’s population. The vast majority of cell phones today are equipped with cameras.

CU owns exclusive license to the technology developed by Cooper and his team and has an equity share in Mobile Assay Inc. Cooper and Lee Burnett, the CEO of Mobile Assay Inc., worked closely with CU’s Technology Transfer Office, CU’s Entrepreneurial Law Clinic and the Innovation Center of the Rockies to develop a corporate structure and commercialization plans for the CU spinoff company.

Cooper said Mobile Assay Inc. will seek matching funds for the first phase of the project from the Colorado Office of Economic Development and International Trade. In addition to the Gates Foundation grant for seed testing, Mobile Assay Inc. is in the process of applying the company’s new technology to detect water pollutants, drugs, contaminants in dairy products and other biological and chemical pathogens across the globe.

The LMD platform, which can target multiple pathogens like fungi, bacteria and parasites, also could conceivably be used to help monitor chronic diseases in humans, Cooper said. While ill people often go to doctors for diagnoses and additional tests that can take days or weeks, a number of health tests ranging from high cholesterol to abnormal thyroid-stimulating hormone levels could be conducted at home using specific test strips, with the data made available immediately to their health care providers over the Internet.

Grand Challenges Explorations is a $100 million initiative funded by the Bill & Melinda Gates Foundation.  Launched in 2008, over 700 people in 45 countries have received Grand Challenges Explorations grants. The grant program is open to anyone from any discipline and from any organization.  The initiative uses an agile, accelerated grant-making process with short two-page online applications and no preliminary data required.  Initial grants of $100,000 are awarded two times a year.  Successful projects have the opportunity to receive a follow-on grant of up to $1 million. 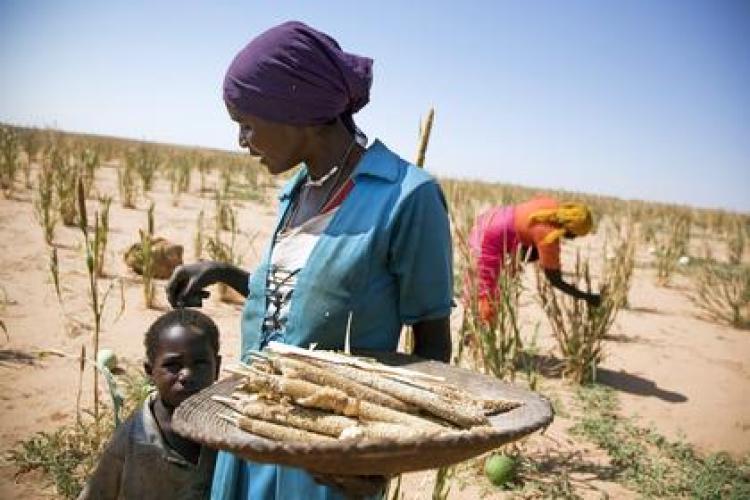 A mission to study dynamic changes in the atmosphere of Mars over days and seasons led by the United Arab Emirates (UAE) involves the University of Colorado Boulder as the leading U.S. scientific-academic partner. END_OF_DOCUMENT_TOKEN_TO_BE_REPLACED

The National Education Policy Center (NEPC) at the University of Colorado Boulder announced today that 17 high schools in New York and Colorado are the first to receive the “School of Opportunity” designation. These outstanding schools demonstrated a range of practices that ensured that all students had rich opportunities to succeed. All put students, not test scores, first. END_OF_DOCUMENT_TOKEN_TO_BE_REPLACED
Return to the top of the page