“Nature teaches beasts to know their friends,” wrote Shakespeare. In humans, nature may be less than half of the story, a team led by University of Colorado Boulder researchers has found.

In the first study of its kind, the team found that genetic similarities may help to explain why human birds of a feather flock together, but the full story of why people become friends “is contingent upon the social environment in which individuals interact with one another,” the researchers write.

People are more likely to befriend genetically similar people when their environment is stratified, when disparate groups are discouraged from interacting, the study found. When environments were more egalitarian, friends were less likely to share certain genes.

Scientists debate the extent to which genetics or environmental factors -- “nature” or “nurture” -- predict certain behaviors, said Jason Boardman, associate professor of sociology and faculty research associate with the Population Program in CU-Boulder’s Institute of Behavioral Science. “For all the social demographic outcomes we care about, whether it’s fertility, marriage, migration, health, it’s never nature or nurture.

“It’s always nature and nurture,” he said. “And most of the time it has a lot more to do with nurture.”

Boardman’s team included Benjamin Domingue, research associate in the Population Program at IBS; and Jason Fletcher, associate professor of health policy at the Yale School of Public Health. Their research was recently published in the Proceedings of the National Academy of Sciences.

Boardman is a sociologist who spent five years studying genetics at CU-Boulder’s Institute for Behavioral Genetics to bring insights of the social sciences to the natural sciences. He observed: “You can’t understand the spread of health behaviors -- why people smoke, why they drink, why they may or may not be obese -- unless you understand their genetic liability and also place them in the right social context.”

The research team used data from the National Longitudinal Study of Adolescent Health. Boardman’s team focused on 1,503 pairs of friends in seventh through 12th grade in 41 schools. As with the earlier study, Boardman’s group found that some pairs of friends shared certain genetic characteristics.

The team tested the evidence, arguing that if genes were the driving friendship factor, genetically based friendship should emerge most often and easily in schools with the least amount of social friction. “But we found the exact opposite,” he said.

In a socially stratified school, “Students from different populations within the school may be effectively ‘off limits’ for friendships,” the team wrote.

While applauding the revolutionary advances in genetics in recent years, Boardman said “we have to have social scientists at the table, because we’re the ones with the data, methods and theories to characterize the multidimensional and multilevel nature of the social environment.”

Scientists cannot fully understand heritable changes in gene expression unless they understand “what kind of schools people go to, what neighborhoods they live in” and other social factors, Boardman said.

“To me, to say whether genes predict friendships without understanding the context within which these friendships may or may not occur just doesn’t tell the whole story.”

The team’s research was funded by the Eunice Kennedy Shriver National Institute of Child Health and Human Development and the Office of Behavioral and Social Science Research at the National Institutes of Health. Fletcher is also supported by the Robert Wood Johnson Foundation Health and Society Scholars Program. 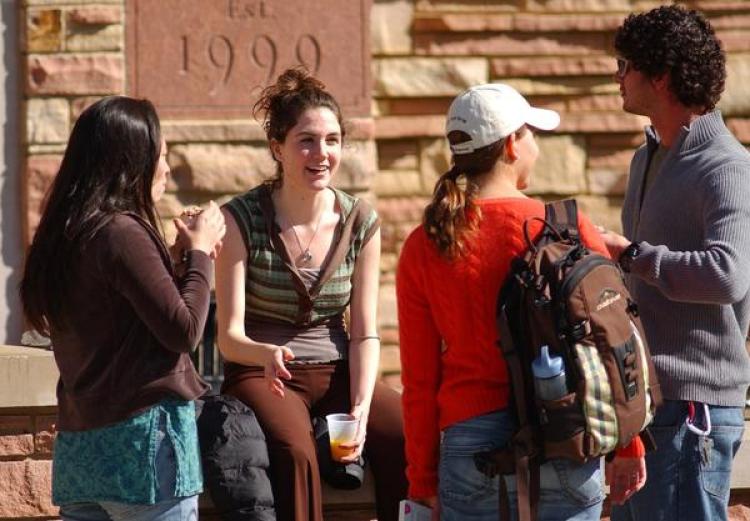 “For all the social demographic outcomes we care about, whether it’s fertility, marriage, migration, health, it’s never nature or nurture," said Jason Boardman, associate professor of sociology and faculty research associate with the Population Program in CU-Boulder’s Institute of Behavioral Science.
“It’s always nature and nurture. And most of the time it has a lot more to do with nurture.”
Categories:

Awake too early when you should be asleep? Might want to try and switch things up. A new study by the University of Colorado shows that the longer people are awake during the time their biological clock is telling them to sleep the worse their sensitivity to insulin, which is a precursor to diabetes. END_OF_DOCUMENT_TOKEN_TO_BE_REPLACED

On Thursday, Oct. 29, at 4 p.m. in UMC 235, Institute of Arctic and Alpine Research Fellow and Professor of civil, environmental and architectural engineering Diane McKnight will present, “The McMurdo Dry Valleys, Antarctica: Ecosystems waiting for water” as part of the 2015 Distinguished Research Lecturer series. END_OF_DOCUMENT_TOKEN_TO_BE_REPLACED

SuviCa Inc. of Boulder, a University of Colorado Boulder biotech start-up company, has been awarded roughly $1.5 million in federal funding to develop novel treatments for head and neck cancer. END_OF_DOCUMENT_TOKEN_TO_BE_REPLACED
Return to the top of the page