Tiny CU-Boulder satellite may launch as early as Aug. 14

A tiny satellite designed, built and tested by University of Colorado Boulder students to study solar flares may launch as early as Aug. 14 from Vandenberg Air Force Base near Lompoc, Calif.

Begun in 2008, the satellite project involves more than 60 students from five academic majors under the guidance of CU-Boulder faculty and professional engineers, said principal investigator Xinlin Li, a professor in the aerospace engineering sciences department and a research associate at the Laboratory for Atmospheric and Space Physics. Called a CubeSat because of its shape, the small satellite is about the size of a toaster and weighs about six pounds.

The mission, called the Colorado Student Space Weather Experiment, is a collaborative effort between the aerospace engineering sciences department and LASP and includes a science payload known as the Relativistic Electron and Proton Telescope Integrated Little Experiment, or REPTile.  The student payload is a scaled-down version of an instrument built at LASP for NASA’s Radiation Belt Storm Probes mission that is slated for launch later this month.

The goal of the student mission is to study solar flares -- violent processes emanating from the sun that are associated with large energy releases -- and how the particles released during such events affect Earth’s radiation belt, said aerospace engineering sciences Professor Scott Palo, a co-principal investigator on the project. Students will monitor the incoming satellite data from a campus ground station operated at LASP.

“Our students have worked incredibly hard to overcome the challenges of building a real flight-ready mission,” said Li. “Many alums will be glued to NASA TV, watching the launch of a satellite that represents many years of learning and effort.”

The project is funded by the National Science Foundation. NSF’s CubeSat Program supports satellite missions as student training grounds for the next generation of space scientists and aerospace engineers. The satellite will launch on an Atlas V rocket along with 10 other CubeSat satellites from other institutions from around the country under NASA’s Educational Launch of Nano-Satellite program. 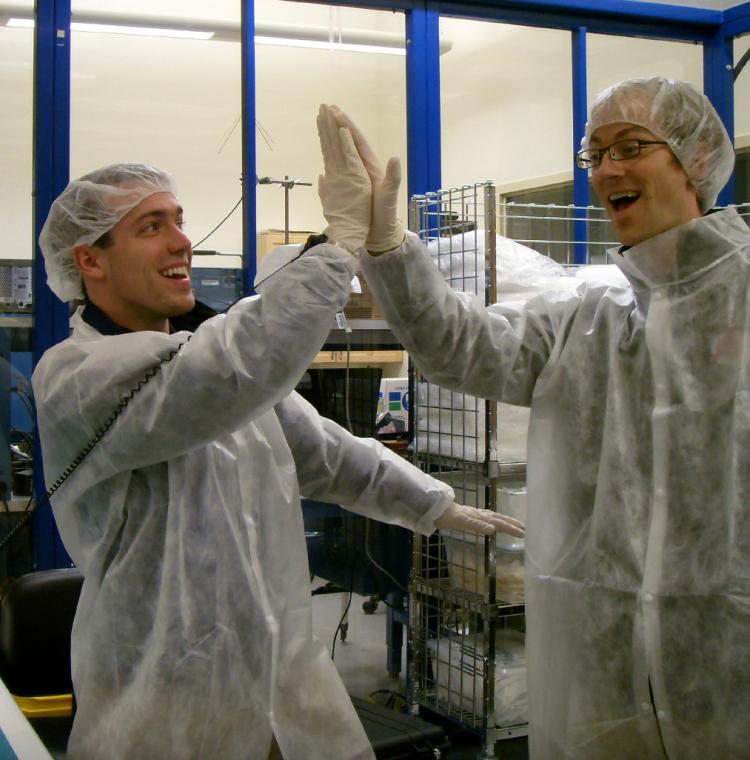 “Our students have worked incredibly hard to overcome the challenges of building a real flight-ready mission,” said principal investigator Xinlin Li. “Many alums will be glued to NASA TV, watching the launch of a satellite that represents many years of learning and effort.”
Categories:

The Living Materials Laboratory is scaling up the manufacture of carbon-neutral cement as well as cement products, which can slowly pull carbon dioxide out of the atmosphere and store it. END_OF_DOCUMENT_TOKEN_TO_BE_REPLACED

Qubits, the basic building blocks of quantum computers, are as fragile as snowflakes. Now, researchers have come up with a new way of reading out the information from certain kinds of qubits with a light touch, potentially paving the way for a quantum internet. END_OF_DOCUMENT_TOKEN_TO_BE_REPLACED

New results from real-world tests of a downwind turbine could inform and improve the wind energy industry in a world with intensifying hurricanes and a greater demand for renewable energy. END_OF_DOCUMENT_TOKEN_TO_BE_REPLACED
Return to the top of the page