Michael Radelet, professor of sociology, is an expert on the use of the death penalty in Colorado and the United States. He has documented all of Colorado’s executions and notes that Colorado abolished the penalty between 1897 and 1901, came within one vote of abolishing it again in 2009 and has executed only one person since 1967. “We've always debated the death penalty in Colorado, and the general thrust of our history is in the direction of abolition,” he said. “It’s a very clear trend.” Radelet can be reached at michael.radelet@colorado.edu.

Meg Moritz, professor of journalism and mass communication, studies crisis communication in the news and the impacts of media coverage on victims, as well as ethical issues for journalists and stress reactions among reporters covering violence. She also has researched the valorization of shooters through Internet postings of video and still images, which can raise issues for media companies in terms of whether and how to use such images on their websites and in TV coverage. Moritz can be reached at marguerite.moritz@colorado.edu or 303-443-3210.

William T. Pizzi, professor emeritus of law, authored the original draft of the Governor’s Columbine Review Commission report on the 1999 school shooting and can discuss major findings. He can be reached at 303-492-6470 or pizzi@colorado.edu.

Kenneth Foote, professor of geography, studies how events of violence and tragedy are memorialized and remembered. He has visited hundreds of sites that have been scarred by incidents of violence or tragedy in the United States and abroad, and is the author of the book “Shadowed Ground: America’s Landscapes of Violence and Tragedy.” He can be reached at k.foote@colorado.edu or 303-641-3346.

Marianne “Mimi” Wesson, professor of law in the CU-Boulder Law School, is an expert in criminal law and criminal procedure. She can be reached at 720-320-6903 or marianne.wesson@colorado.edu.

William “Bill” Woodward, a faculty member at CU-Boulder's Center for the Study and Prevention of Violence, can comment on violent behavior, including risk factors, general causes and prior shooting incidents including Columbine. Woodward was director of the Colorado Division of Criminal Justice from 1984 to 1999 and has been active with the center since 2001. He can be reached at 303-735-0538, 303-475-9051 or bill.woodward@colorado.edu.

Delbert Elliott, founding director of the CU-Boulder Center for the Study and Prevention of Violence and distinguished professor emeritus of sociology, is an expert on youth violence (up to age 25), the Columbine school shooting and was the senior scientific editor of “Youth Violence: A Report of the Surgeon General” issued in 2001. He also can address University of Colorado campus gun laws. He can be reached by contacting Peter Caughey in the CU-Boulder Office of News Services and Media Relations at 303-492-4007 or caughey@colorado.edu, or Eda Homan in the Center for the Study and Prevention of Violence at 303-735-2146 or eda.homan@colorado.edu.

Richard Collins, professor of law in the CU-Boulder Law School, is an expert in constitutional law and can address gun laws. He can be reached at 303-492-5493.

The Silicon Flatirons Center on Law, Technology and Entrepreneurship will celebrate its 15th anniversary as it holds its “Digital Broadband Migration Conference: First Principles for a 21st Century Innovation Policy” on Feb. 8-9 at the Wolf Law Building on the University of Colorado Boulder campus. END_OF_DOCUMENT_TOKEN_TO_BE_REPLACED 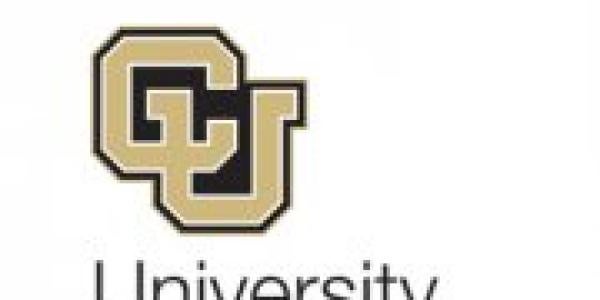 In recognition of national Constitution Day, nearly 100 students, faculty and alumni of the University of Colorado Boulder Law School will teach a lesson on the First Amendment and online bullying in high school classrooms throughout Colorado Sept. 15-26. END_OF_DOCUMENT_TOKEN_TO_BE_REPLACED

A new report led by the University of Colorado Boulder, “Considerations for Climate Change and Variability Adaptation on the Navajo Nation,” synthesizes state-of-the-science information on the region’s climate, water cycle and ecology. And it goes much further, discussing social, legal, economic, infrastructural and other factors that affect people’s vulnerabilities to climate impacts as well as their adaptive capacity, and outlining one approach for how the region’s residents might plan for ongoing environmental change. END_OF_DOCUMENT_TOKEN_TO_BE_REPLACED
Return to the top of the page