A new study led by the University of Colorado Boulder indicates air pollution in the form of nitrogen compounds emanating from power plants, automobiles and agriculture is changing the alpine vegetation in Rocky Mountain National Park.

The emissions of nitrogen compounds to the atmosphere are being carried to remote areas of the park, altering sensitive ecosystems, said CU-Boulder Professor William Bowman, who directs CU-Boulder’s Mountain Research Station west of Boulder and who led the study.  “The changes are subtle, but important,” he said. “They represent a first step in a series of changes which may be relatively irreversible.”

In other regions of the world, higher amounts of nitrogen pollutants correlate with decreased biodiversity, acidified soils and dead stream organisms like trout, said Bowman.  “There is evidence that indicates once these changes occur, they can be difficult if not impossible to reverse.  It is best to recognize these early stages before the more harmful later stages happen.”

The study site was an alpine meadow roughly one mile east of Chapin Pass in the Mummy Range of Rocky Mountain National Park.  Bowman and his team analyzed the plant communities and soils under ambient levels of nitrogen deposition and compared them to plots with added nitrogen to simulate the increasing atmospheric nitrogen pollution expected in the coming decades. The results indicated changes in plant abundances already were occurring under ambient conditions, but to date no changes in soils were detected.

During the course of the three-year study, rising levels of nitrogen in the soils correlated with large increases in a common species of sedge shown to flourish in other nitrogen addition studies. Bowman said the team anticipates that the diversity of vascular plant species will rise with increasing nitrogen deposition, then decrease with more rare species being excluded by competition from other plant species. “While the changes are relatively modest, they portend that other more environmentally adverse impacts may be on the horizon in Colorado’s alpine areas,” said Bowman.

A paper on the subject was published in the June issue of the Journal of Environmental Management. Co-authors on the study included John Murgel, a former CU-Boulder undergraduate student now completing graduate work at Colorado State University, and Tamara Blett and Ellen Porter of the Air Resources Division of the National Park Service in Lakewood, Colo. The study was funded by the National Park Service.

Previous studies by Bowman and others have shown vegetation changes and soil acidification has been occurring due to increasing nitrogen deposition at other alpine sites in Colorado, including Niwot Ridge.  Niwot Ridge is a National Science Foundation-funded Long-Term Ecological Research site administered by CU-Boulder and located adjacent to the university’s Mountain Research Station located some 30 miles west of the city.

Given the projected population growth in Front Range cities in the greater Denver area and increasing agricultural development, nitrogen deposition is expected to increase steadily in Rocky Mountain National Park over the next several decades, said Bowman, a professor in CU-Boulder’s ecology and evolutionary biology department.

The high-elevation ecosystems of the park are a magnet for thousands of visitors each year who have opportunities to see plants and animals well adapted to the severe climate above treeline, said Bowman, but such ecosystems are the most sensitive to adverse impacts from air pollutants. Previous studies by other researchers have documented ongoing changes in the algae found in several of the Rocky Mountain National Park’s high elevation lakes due to nitrogen pollution, he said.

While the park is also a haven for fishermen hoping to catch trout in pristine waters, continued inputs of nitrogen pollutants are a hazard to the health of both trout and their food sources, said Bowman, also a fellow of CU-Boulder’s Institute of Arctic and Alpine Research.  It starts when the ability of the land plants and soils to take up the nitrogen is exceeded, causing soils to become acidified, he said.

Other parts of the Colorado Front Range have exhibited signs of acidification at the highest elevations, Bowman said.  “Once this happens, soluble aluminum leaches from soils and begins to show up in streams and lakes.  This aluminum is quite toxic to many aquatic animals,” he said.

“The take-home message is that the amount of nitrogen deposition reaching the tundra in Rocky Mountain National Park has already passed an important threshold and may lead to more serious environmental impacts,” said Bowman.  “It’s not inconceivable that continued negative ecological impacts in the park due to nitrogen pollution could eventually impact tourism in Colorado.”

Officials from Environmental Defense and Trout Unlimited petitioned the State of Colorado and the Environmental Protection Agency to reduce emissions of nitrogen pollution in 2004.  This effort resulted in a 2007 plan to lower nitrogen emissions on a voluntary basis to reduce impacts to Rocky Mountain National Park.

Excel Energy’s recent switch to natural gas in some of its power plants is one of many steps toward limiting nitrogen emissions, said Bowman.  Ongoing efforts by air quality managers and representatives from the Colorado agricultural industry are also working on management practices that would lower nitrogen emissions. 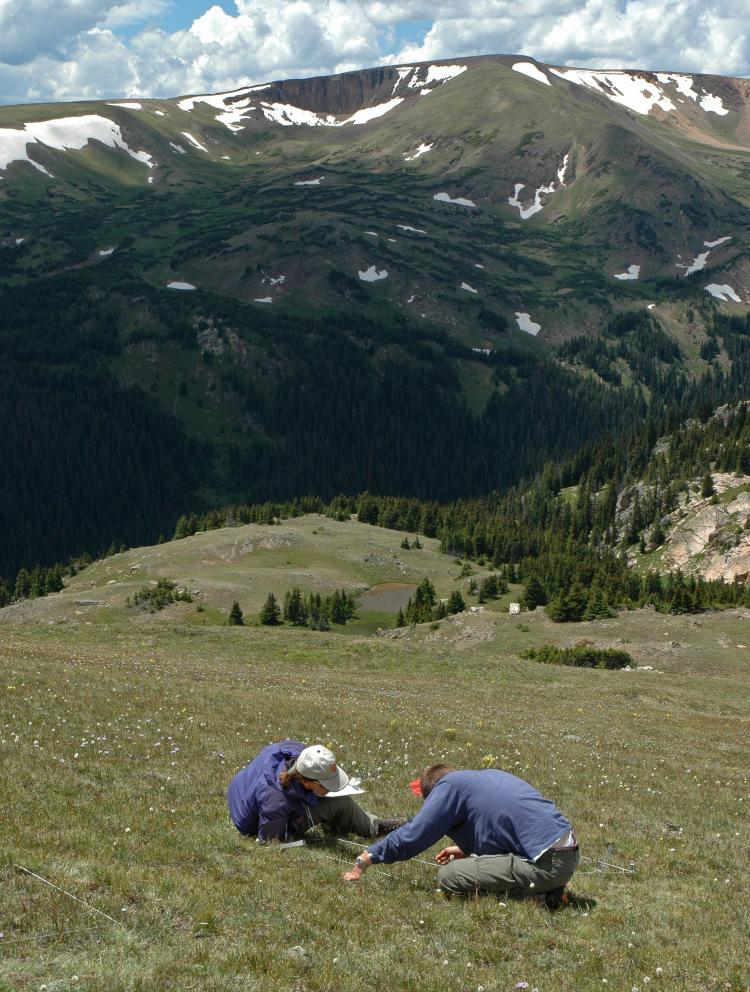 “The changes are subtle, but important,” said CU-Boulder Professor William Bowman, who directs CU-Boulder’s Mountain Research Station west of Boulder and who led the study. “They represent a first step in a series of changes which may be relatively irreversible.”
Categories:

University of Colorado faculty research merited $878.3 million in research awards during the 2014-15 fiscal year, based on preliminary figures, representing a near-record year for the four-campus system. END_OF_DOCUMENT_TOKEN_TO_BE_REPLACED

The University of Colorado Boulder was highly rated in a number of subject areas in the latest World University rankings by Quacquarelli Symonds Ltd. (QS). END_OF_DOCUMENT_TOKEN_TO_BE_REPLACED
Return to the top of the page