A University of Colorado Boulder team is partnering with the United States Agency for International Development to assess snow and glacier contributions to water resources originating in the high mountains of Asia that straddle 10 countries.

Richard Armstrong and Mark Williams, the two faculty members leading the four-year study, said the aim is to provide a comprehensive and systematic assessment of freshwater resources in the so-called "High Asia" region, which encompasses five mountain ranges and watersheds totaling roughly 1 million square miles. The area under study is roughly equal to one-third of the contiguous United States.

This assessment will be crucial in helping to forecast the future availability and vulnerability of water resources in the region, beginning with accurate assessments of the distinct, separate contributions to river discharge from melting glacier ice and seasonal snow. Such data ultimately will provide a better understanding of the timing and volume of runoff in the face of climate change, said the CU-Boulder researchers.

Through the partnership, scientists and students within the 10 countries will carry out collaborative research with CU-Boulder scientists. The project also will support satellite data processing by CU-Boulder staff and trainings for local institutions and observers within the study area to collect water and precipitation samples for the project.

While about one-third of the world's population depends to some degree on fresh water within the High Asia hydrological system, not enough data exists on river and stream flows and the contribution of seasonal snow and glacier melt to paint an accurate picture of the water resources there, said Armstrong, a senior research scientist at CU-Boulder's National Snow and Ice Data Center, or NSIDC.

The team requires an accurate quantitative portrait of each major river basin and sub-basin in High Asia. The Indus River, for example, which is fed by waterways from the Himalaya, Karakorum and Hindu Kush mountain ranges, comes together at the city of Besham, Pakistan, "where it immediately turns into the largest irrigation system in the world," said Williams. "The sources of water in High Asia feeding the major foothill regions where most of the people live are really the crux of this study."

Armstrong said there is a lot of misinformation in the public arena regarding glaciers, including reports that glaciers in the Himalaya are receding faster than anywhere else in the world and, if this rapid melting continues, rivers are on track to first flood and then dry up. "Those reports simply are not true," Armstrong said.

USAID is an independent United States government agency that provides economic, development and humanitarian assistance around the world in support of the foreign policy goals of the United States.

"USAID wants to know how the High Asia water resources affect local populations," said Armstrong, also a fellow at the CU-headquartered Cooperative Institute for Research in Environmental Sciences. "They are looking at this challenge from a sustainability perspective, including what is going to happen to rivers like the Indus and the Brahmaputra in the next 20 years."

The researchers will use remote-sensing satellite data from NASA, the European Space Agency and the Japanese Space Agency to develop time-series maps of seasonal snowfall amounts and recent changes in glacier extent, said Williams, a fellow at CU-Boulder's Institute of Arctic and Alpine Research and a CU-Boulder geography professor. They also will use local meteorological and river discharge data from throughout the High Asia study area.

"What's really driving this study are questions about water security," said Williams. "There is a lot of international interest in accurate water resource data from the High Asia region and what the water security consequences are, since water conflicts between countries can escalate rapidly. This study should provide answers as to what is real and what is false."

"Once we have a picture of recent and current conditions, we can go forward and run computer melt models' based on the temperatures at various elevations, giving us trends in snowmelt and glacier melt by region and time," said Armstrong. "That's when we start to come up with water volumes for individual rivers and streams from both melting snow and ice."

The modeling results will be verified using geochemical and water isotope "tracer" techniques developed at CU that allow researchers to follow water as it courses through mountain landscapes. Previous studies by Williams and his research group showed high mountain groundwater in Colorado dominated by snowmelt can be locked underground for decades before emerging into downstream waterways. "These isotopic and geochemical measurements provide unique fingerprints, allowing a CSI-like approach to tracing water sources," said Williams.

Critical to the project is the university's expertise in remote sensing research through NSIDC -- including assessing changes in Earth's snow and ice cover -- and INSTAAR's research on the physical, chemical and biological processes in "critical zones," which are the areas between treetops and groundwater. INSTAAR administers both the Long-Term Ecological Research site at Niwot Ridge west of Boulder and the Critical Zone Observatory project in the Boulder Creek watershed for the National Science Foundation.

One of the biggest project challenges will be to obtain data from some of the most remote regions on Earth, said Williams. The water, rain and snow samples collected by collaborators within the study area will be sent back to CU-Boulder for analysis.

The research will bring together scientists and government officials in the countries of High Asia to coordinate and compare results on what part of river flows come from glaciers and seasonal snow. This sharing of information is important because the rivers of Asia can cross several country borders. USAID support will contribute to the research and coordination and CU-Boulder will make its archived and new data on snow and ice easily available to all the countries and their citizens.

The CU team will hire Asian project managers and collaborate with research scientists affiliated with various Asian institutes. "We already have some good scientific contacts in the region, people we know who are reliable and who can deliver," said Armstrong.

A number of CU undergraduate and graduate students will be involved in the study and support will be available to Asian students by way of the funding provided to Asian project partners.

"One of the main project goals is to transfer scientific understanding to people in the region who can continue these measurements and analysis once the USAID project is finished," said Armstrong. "The idea is to provide the local population with the information they need to make decisions that will increase sustainability as land use and climate change." 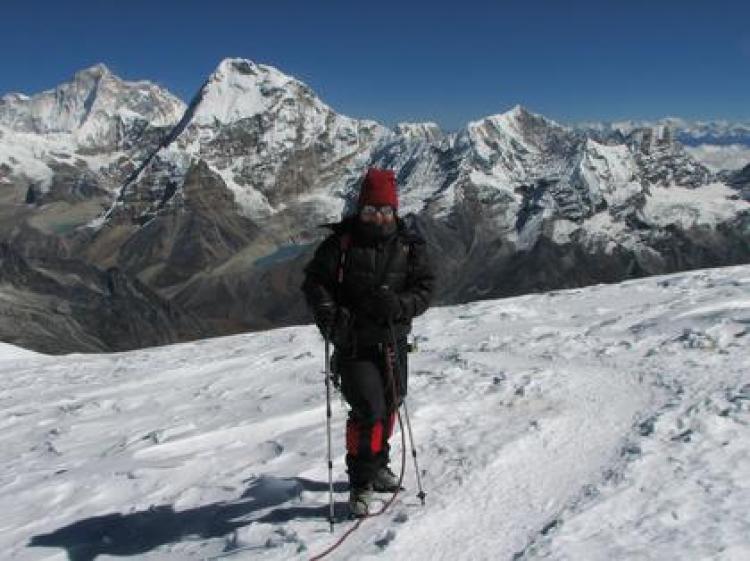 CU-Boulder graduate student Adina Racoviteanu collected snow and ice samples for isotopic analyses near the summit of Mt. Mera, Khumbu region, Nepal as part of an INSTAAR research effort. Makalu, the fifth highest mountain in the world at 27,825 feet, is visible in the far left background. Photo courtesy Mark Williams, University of Colorado 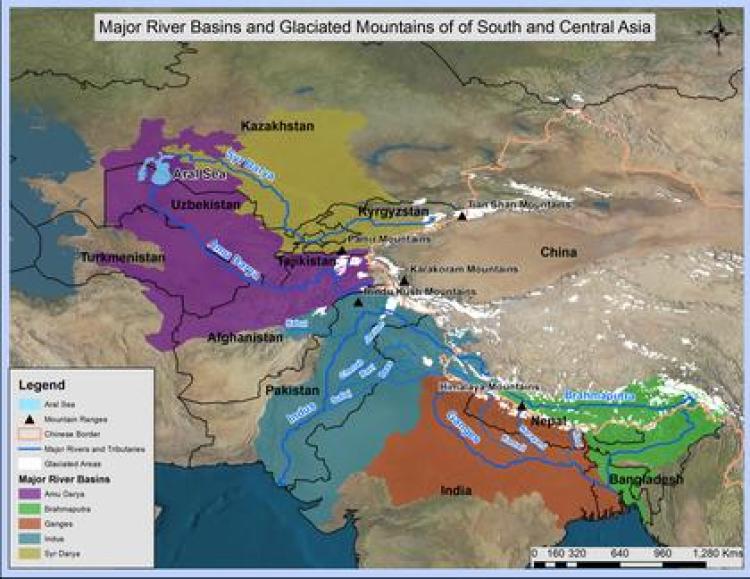 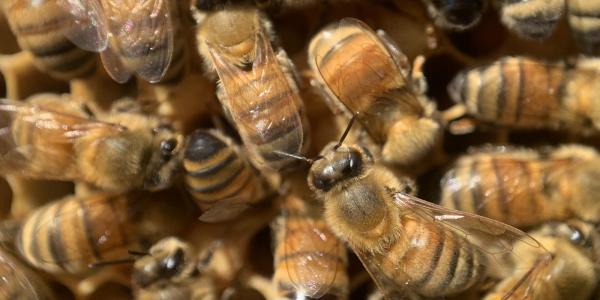 Think of it as a testament to a honeybee's love for its queen: Bees build what looks like a telecommunications network to pass messages, in the form of pheromones, from their queen to other members of a colony. END_OF_DOCUMENT_TOKEN_TO_BE_REPLACED

From diving Neanderthals to saliva-based COVID-19 tests, we remember the year in research at CU Boulder. END_OF_DOCUMENT_TOKEN_TO_BE_REPLACED 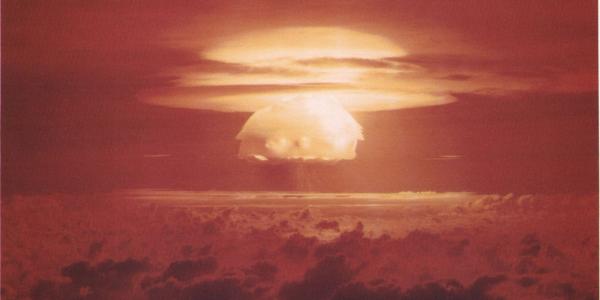 Scientists explore how to protect fisheries, food supply in event of nuclear war

Well-managed, healthy fisheries could serve as an important source of food for people around the world in the event of a nuclear catastrophe, a new study finds. END_OF_DOCUMENT_TOKEN_TO_BE_REPLACED
Return to the top of the page