A novel University of Colorado Boulder technique to shrink the size of circuitry used in nanotechnology devices like computer chips and solar cells by zapping a substrate with two separate colors of light beams has been optioned to Heidelberg Instruments headquartered in Heidelberg, Germany.

Licensed to Heidelberg Instruments by the University of Colorado Technology Transfer Office, the patent pending method involves using a tightly focused beam of blue light to etch lines and dots thousands of times smaller than the width of a human hair into lithography patterns on a substrate such as silicon, said McLeod. A second beam of light, this one ultraviolet, is then used to "erase" the edges of the pattern, resulting in much smaller structures, he said.

"The University of Colorado is one of the leading R&D centers making major inroads in nanoscale technology development," said Alexander Forozan, head of global business development at Heidelberg Instruments. "We are thrilled to work with CU's outstanding staff and look forward to a continuing and long-lasting relationship."

Said Ted Weverka, a licensing manager at the CU Technology Transfer Office, "We are excited to have Heidelberg as a partner for this technology. Heidelberg's technical know-how and market savvy ensure a strong future for this invention."

To develop the technique, McLeod and his colleagues used a tabletop laser to project tightly focused beams of visible blue light onto liquid molecules known as monomers. A chemical reaction initiated a bonding of the monomers into a plastic-like polymer solid. Focusing the blue beam in one place inscribed a small, solid dot. If the beam moved the focus across the material, it created a thin thread, or line.

The CU researchers then added a second ultraviolet laser focused into a halo, or donut, which surrounded the blue light. The special monomer formulation was designed to be inhibited by the UV light, shutting down its transformation from a liquid to a solid, he said. This "halo of inhibition" prevented the edges of the spot or line from developing, resulting in a much finer final structure.

McLeod said the new technology has the potential to lead to the construction of a variety of nanotechnology devices, including electronic circuits and nanomechanical devices. "This is a new set of new tools that provide a new way to do nanotechnology," McLeod said.

The method offers the potential to shrink transistor circuitry, a process that drives the global electronic market that is continually pursuing smaller, more powerful microchips, said McLeod, whose research on the project was funded by the National Science Foundation and through the University of Colorado Innovative Seed Program. In 2010, McLeod received an NSF CAREER award for his achievements, one of the most prestigious honors directed toward young faculty.

The CU Technology Transfer Office pursues, protects, packages and licenses the intellectual property generated from research at CU to businesses. The office provides assistance to faculty, staff and students as well as businesses interested in licensing or investing in CU technology.

Founded in 1984 and which now operates in more than 30 countries, Heidelberg Instruments is one of the world's leading companies in high-precision lithography systems.

For more information about technology transfer at CU visit www.cu.edu/techtransfer. 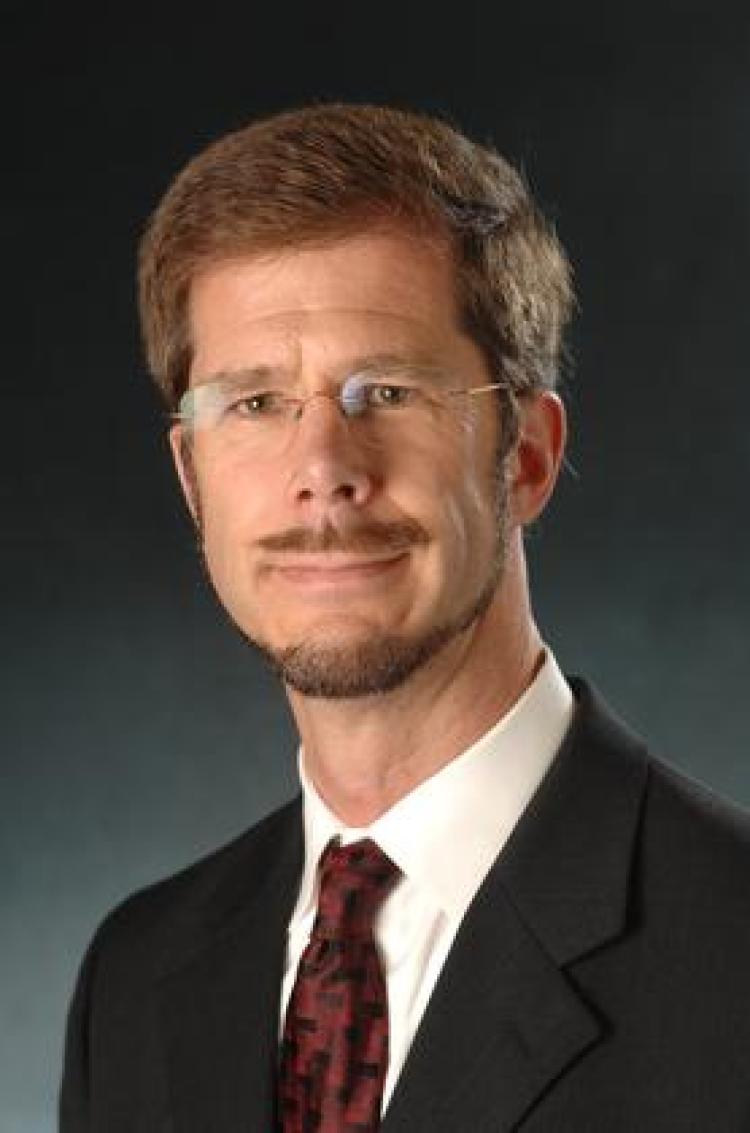 Awake too early when you should be asleep? Might want to try and switch things up. A new study by the University of Colorado shows that the longer people are awake during the time their biological clock is telling them to sleep the worse their sensitivity to insulin, which is a precursor to diabetes. END_OF_DOCUMENT_TOKEN_TO_BE_REPLACED

On Thursday, Oct. 29, at 4 p.m. in UMC 235, Institute of Arctic and Alpine Research Fellow and Professor of civil, environmental and architectural engineering Diane McKnight will present, “The McMurdo Dry Valleys, Antarctica: Ecosystems waiting for water” as part of the 2015 Distinguished Research Lecturer series. END_OF_DOCUMENT_TOKEN_TO_BE_REPLACED

SuviCa Inc. of Boulder, a University of Colorado Boulder biotech start-up company, has been awarded roughly $1.5 million in federal funding to develop novel treatments for head and neck cancer. END_OF_DOCUMENT_TOKEN_TO_BE_REPLACED
Return to the top of the page