Community gardeners eat more vegetables, exercise more, weigh less and feel healthier than nongardeners -- and even home gardeners -- in the Denver-metro area, researchers led by scholars from the University of Colorado have found.

Further, community gardeners are more attached to and protective of their neighborhoods.

Community gardens are parcels of land divided into plots in which neighborhoods grow vegetables, herbs and flowers. Aside from anecdotes, scientists have collected little evidence that gardening fosters human and neighborhood health.

A team including CU researcher Jill Litt is changing that. Its findings have been distilled into a film, "A Garden in Every Neighborhood," that has been shown locally and may be viewed at vimeo.com/21818738.

The team's most recent findings were published this summer in the journals Social Science and Medicine and The American Journal of Public Health.

Litt, an associate professor at the Colorado School of Public Health and an assistant professor in CU-Boulder's environmental studies program, noted there are ample studies in the United States and abroad that illustrate the beneficial relationships between nature and health, but few studies focusing on community gardens and health.

Litt's team was funded in 2004 to begin to fill this gap in evidence. Litt's team included students and faculty from epidemiology, anthropology, public health, sociology, urban planning and architecture.

The goal was to explore how neighborhood environments influence health and well-being and whether community gardens were a viable strategy to promote health at the neighborhood level.

"To understand the meaning of gardens, we interviewed about 67 gardeners across 29 garden sites in Denver," Litt said. "In those interviews, we asked residents about how they came to gardening, their experiences in the garden, the social relationships developed in the garden, and the experiences between the garden and the neighborhood."

In addition to Michael Buchenau of Denver Urban Gardens, Litt's research team included James Hale and Julie Marshall of the Colorado School of Public Health, Corrine Knapp, University of Alaska, Nicole Comstock of the Colorado Department of Public Health and Environment, Fahriye Sancar of the College of Architecture and Planning, Miriam Dickinson of the University of Colorado Denver, Mah-J Soobader of Statworks in Canton, Mass., Mark Turbin of CU-Boulder's Institute of Behavioral Science and Lisa Bardwell of Earth Force.

The team's research was supported by grants from the U.S. Centers for Disease Control and Prevention's Health Protection Research Initiative and by the Colorado Clinical and Translational Sciences Institute.

More on this story will appear next month in Colorado Arts & Sciences Magazine at artsandsciences.colorado.edu/magazine/. 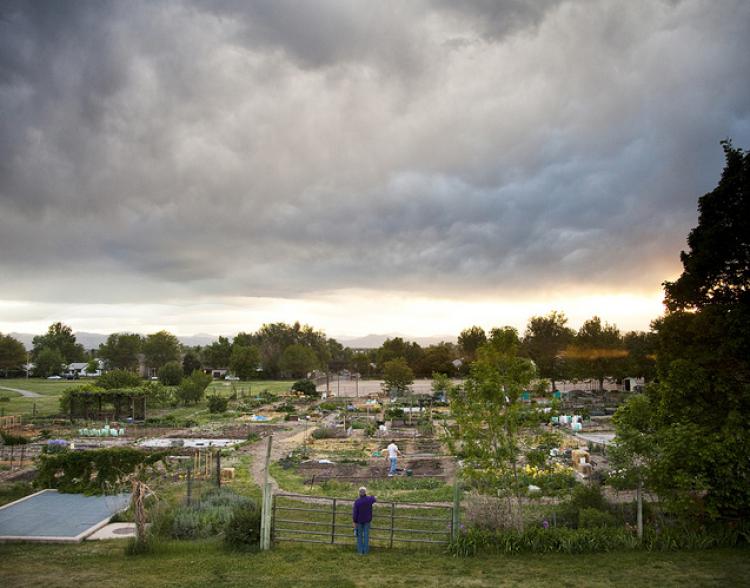 University of Colorado faculty research merited $878.3 million in research awards during the 2014-15 fiscal year, based on preliminary figures, representing a near-record year for the four-campus system. END_OF_DOCUMENT_TOKEN_TO_BE_REPLACED

The University of Colorado Boulder was highly rated in a number of subject areas in the latest World University rankings by Quacquarelli Symonds Ltd. (QS). END_OF_DOCUMENT_TOKEN_TO_BE_REPLACED
Return to the top of the page