DENVER  Four of the University of Colorado's faculty leaders in math, aerospace, psychiatry and internal medicine have been designated as President's Teaching Scholars for 2011, including two at CU-Boulder.

The new members of the President's Teaching Scholars Program are:

The title of CU President's Teaching Scholar signifies the university's highest recognition of excellence in and commitment to learning and teaching, as well as active, substantial contributions to scholarly work. CU President Bruce D. Benson annually solicits nominations of faculty for the designation, a lifetime appointment.

Klaus, recipient of a Boulder Faculty Assembly 2007 Excellence in Teaching Award, is associate director of BioServe Space Technologies Research Center. He works closely with NASA and the private space industry, providing expertise in the field of bioastronautics, which spans the study of microgravity and other effects of the space environment on living organisms, and the design of spacecraft systems required to support human spaceflight.

"Dr. Klaus is an international leader on curriculum development in bioastronautics, and is impacting the way that the world views the study of human spaceflight in an academic setting," wrote Jeffrey M. Forbes, chair of the aerospace engineering sciences department, in the nomination letter. "He is the architect and primary instructor for the bioastronautics curriculum in our department and is actively disseminating his innovative approach to other universities in the U.S. and abroad."

In 2004, Klaus received the Rocky Mountain Section Educator of the Year Award from the American Institute of Aeronautics and Astronautics. His body of published research includes more than 70 journal articles, book chapters and conference papers on space microbiology and spacecraft design.

"It is an honor to be selected as a President's Teaching Scholar," Klaus said. "In our highly research-oriented environment, this opportunity provides a uniquely dedicated purpose to focus a bit more effort on the teaching element of academia, which I truly enjoy. I look forward to working with the program in the years to come."

Klaus earned his master's degree and Ph.D., both in aerospace engineering, from CU-Boulder.

Stade, former chair of the department of mathematics, is co-director of iSTEM, a CU-Boulder program aiming to transform STEM (Science, Technology, Engineering and Mathematics) education and boost the number of STEM teachers at all levels. He has been a driving force in creating or redesigning several courses. He leads his students in undertaking outreach efforts throughout the Boulder Valley School District.

"His passion for mathematics and mathematics education is contagious, and over the years, it has infected in a good way all of his students and his colleagues in our department," wrote Judith A. Packer, mathematics department chair, in the nomination letter. "He is a force in the classroom, in the lecture halls at conference venues, in meetings of the members of the iSTEM project, and even in the elementary schools of Boulder Valley School District where he performs his outreach, as he communicates both his enthusiasm and love of the subject matter to anyone who meets him."

Stade said that while he had aspired to the President's Teaching Scholar designation, he hadn't expected to attain the honor.

"There are several big-picture questions about teaching on which I've reflected informally, but have not yet had real occasion to explore systematically," he said. "For example, relatively recently, I've become quite intrigued by underlying connections among various, seemingly disparate, misconceptions in mathematics. The PTS program represents, to me, an invaluable support network and intellectual framework from which to study such issues in education as these.

"My fellow scholars make up a formidable cohort. I am thrilled by the opportunity to learn from, contribute to and work with these wonderful colleagues and this great program."

Stade was winner of the 2010 Distinguished Teacher Award from the Rocky Mountain Section of the Mathematical Association of America. He earned his Ph.D. from Columbia University.

Earnest is co-founder and co-director of the LEADS Track Program on leadership, education, advocacy, development and scholarship. The program addresses the needs of underserved and disadvantaged populations. He also is director of REACH, an interprofessional educational program for the Anschutz Medical Campus.

"Through his formal training and experience, Dr. Earnest has assumed a role as an institutional, regional and national leader as an educator, clinician and scholar," wrote Jean S. Kutner, M.D., M.S.P.H., head of the General Internal Medicine Division, in the nomination letter. "His selection for leadership positions, successful attainment of significant grant funding and numerous awards attest to his outstanding accomplishments."

His advocacy work has focused on expanding access to care for Colorado families, reducing conflicts of interest among providers, media advocacy and promoting prevention through policy. One of the most highly regarded internists in the state, he was featured on the cover of 5280 Magazine's Top Doctors issue in 2009.

"I'm deeply honored to have been selected and to have the opportunity to collaborate with some very accomplished and creative educators across several campuses and disciplines," Earnest said. "Adapting health professions education to respond to the imperatives of a rapidly evolving health care system is an important and enticing challenge. I look forward to tapping the collective wisdom and experience of this group in helping us find creative ways to meet that challenge."

Earnest earned his medical degree from Vanderbilt Medical School and earned a doctorate in health and behavioral sciences from the University of Colorado Denver.

Feinstein, formerly senior associate dean of education in the School of Medicine, is credited with developing five full curricula: one for family practice residents, a wellness curriculum for patients, and three major curricula for psychiatric residency-training. His evidence-based medicine (EBM) curriculum recently was selected by the American Association of Directors of Psychiatric Residency Training as a national model for psychiatric EBM teaching. As part of the President Teaching Scholar's Award, Feinstein is developing a new four-year Psychotherapy Scholar's Track within the psychiatric residency training program.

He has been selected as a founding member of the School of Medicine's Academy of Medical Educators, and won the Academy of Medical Educators Excellence for Mentoring Award in 2010. He has been teacher of the year four times in both psychiatry and primary care residency training programs, and once for medical Student Teacher of the Year at Columbia University College of Physicians and Surgeons.

"From the moment Rob arrived, his passion and high energy for educational innovations, curriculum development, supervision, mentorship and educational scholarship were apparent to everyone," wrote Robert Freedman, M.D., psychiatry department chair, in the nomination letter.

Said Feinstein, "This is an amazing group of experienced faculty, with broad interdisciplinary interests, all of whom are extremely accomplished and love everything about teaching and education. Discussing educational technology and pedagogy with economists, aerospace engineers, professors of anthropology, sociology, English, business, dentists, physicians, etc., allows a cross-disciplinary fertilization and exchange of ideas that allows each of us to think very differently about how we could educate students within our own professions and others about our professions. Through discussions, seminars, educational events and academic papers, this group will foster all kinds of new innovations in education."

Feinstein earned his medical degree from New York University, performed his psychiatric residency in New York at Albert Einstein/BMHC, and earned his certificate in psychoanalysis from the Columbia University Center for Psychoanalytic Training and Research. 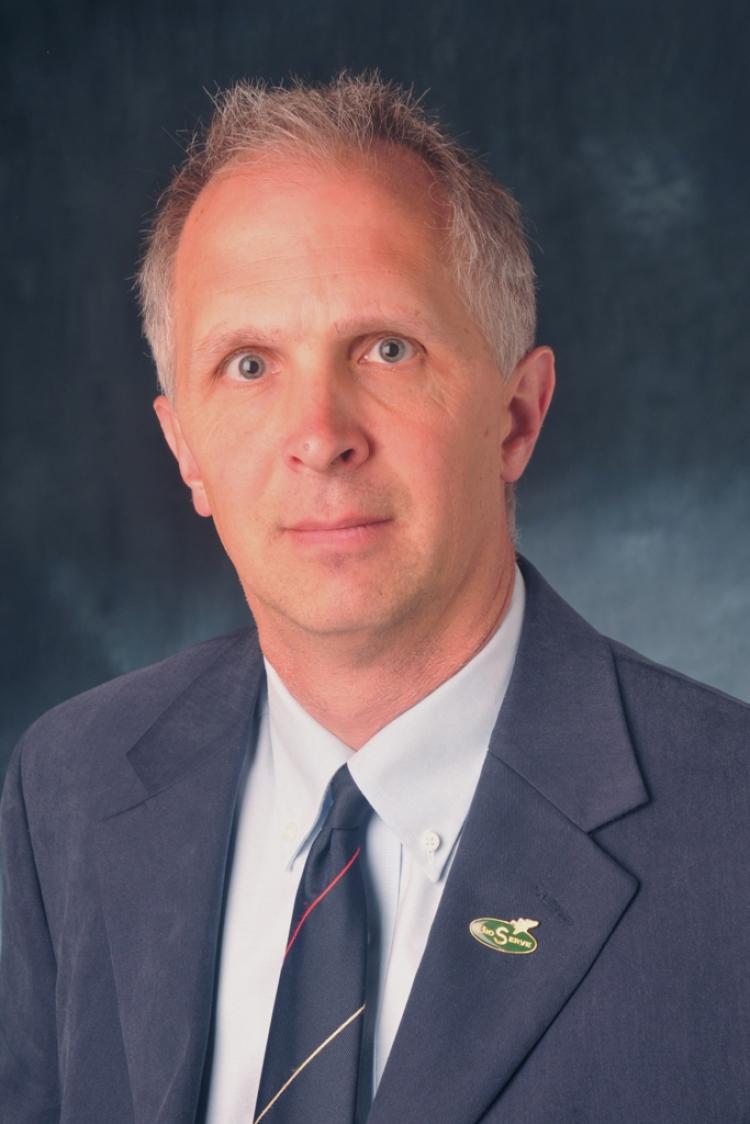 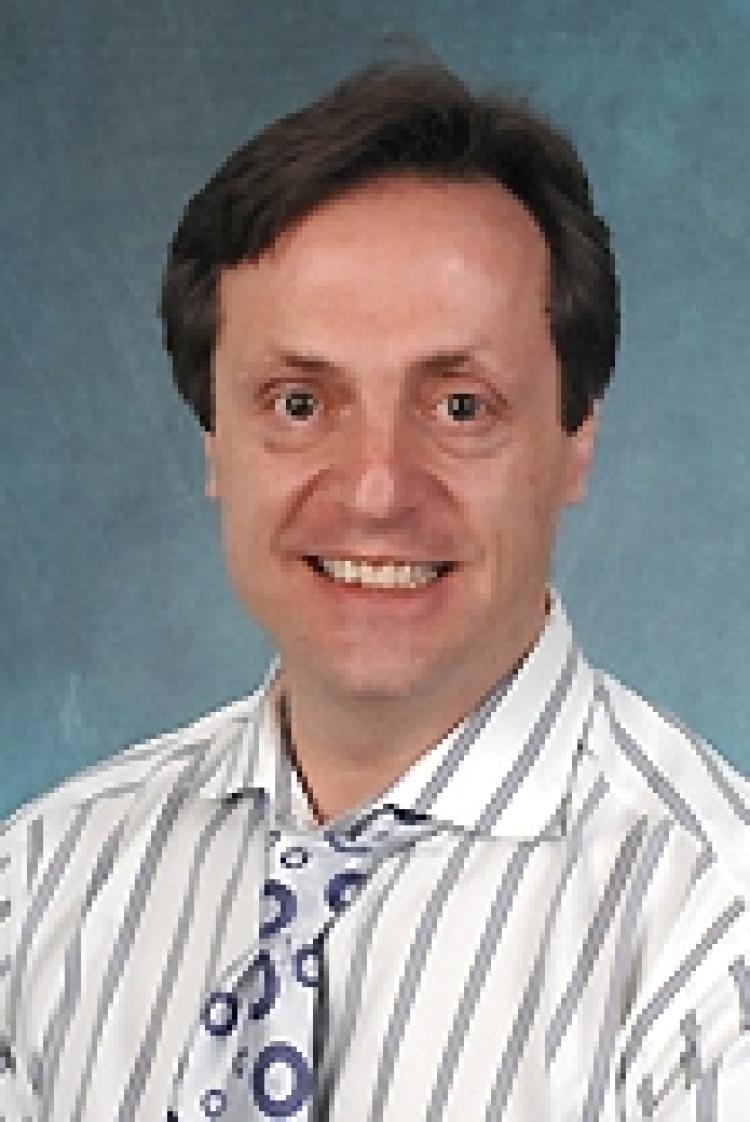 When SpaceX CRS-23 launched to the International Space Station on Aug. 29, it carried with it a milestone for CU Boulder: the 80th mission to carry a payload from BioServe Space Technologies. END_OF_DOCUMENT_TOKEN_TO_BE_REPLACED

From diving Neanderthals to saliva-based COVID-19 tests, we remember the year in research at CU Boulder. END_OF_DOCUMENT_TOKEN_TO_BE_REPLACED

Astronaut ice cream—the crunchy, freeze-dried, pale imitation of the real thing—may have met its match: The International Space Station is getting a real freezer. END_OF_DOCUMENT_TOKEN_TO_BE_REPLACED
Return to the top of the page