The BP Deepwater Horizon oil spill caused social disruption and psychological stress among Gulf residents that is similar to the aftermath of the Exxon Valdez spill and the impacts are likely to persist for years, a new study finds.

"Just ask the residents of Cordova today whether they are over the Exxon Valdez," said study co-author Liesel Ritchie, assistant director for research of the University of Colorado Boulder's Natural Hazards Center. The Alaska community was considered "ground zero" for the 1989 oil spill.

The research was a collaborative effort among Ritchie, Duane Gill of Oklahoma State University and J. Steven Picou of the University of South Alabama, each of whom did similar work in Cordova. Major funding was provided by the National Science Foundation and the study's results have been accepted for publication in two peer-reviewed journals.

The study focused on the residents of south Mobile County, Ala. The area along the Gulf includes the towns of Bayou la Batre and Dauphin Island, and numerous unincorporated communities.

Using a random telephone survey modeled after previous work on the Exxon Valdez spill, the University of South Alabama Polling Group in September 2010 received responses from 412 residents or 46 percent of those contacted. All responders were age 18 or older and had lived in the area for at least a year.

Major findings of the survey included the following:

--If the trends observed in Cordova hold true for Alabama, significant spill-related psychological stress can be expected to continue in south Mobile County over the next decade.

--One-fifth of south Mobile County respondents were in the severe stress category and another one-fourth were in the moderate range. The finding was similar to the sample from Cordova in which more than one-half were classified as either severe or moderate.

--Four out of 10 respondents (43 percent) reported a commercial connection to coastal resources, and those with connections to damaged/threatened resources were more likely to experience higher levels of stress.

--People in lower income categories and lower levels of education were more likely to experience high levels of stress.

--Approximately one out of three respondents experienced some type of exposure to oil, and such exposure was significantly related to higher levels of stress.

--Fifty-six percent of respondents indicated concern about the threat of economic loss.

"Given the social scientific evidence amassed over the years in Prince William Sound, Alaska, we can only conclude that social disruption and psychological stress will characterize residents of Gulf Coast communities for decades to come," the authors wrote.

Like the Exxon Valdez, and technological disasters in general, the aftermath of the BP oil spill will include "contested" scientific evidence concerning ecological damages, secondary traumas resulting from the claims process and litigation, and serious community conflict and mental health problems, the authors wrote.

The study's results will be published in forthcoming editions of the journals American Behavioral Scientist and Contexts.

The Natural Hazards Center is part of CU-Boulder's Institute of Behavioral Science. For more information about the center visit www.colorado.edu/hazards. 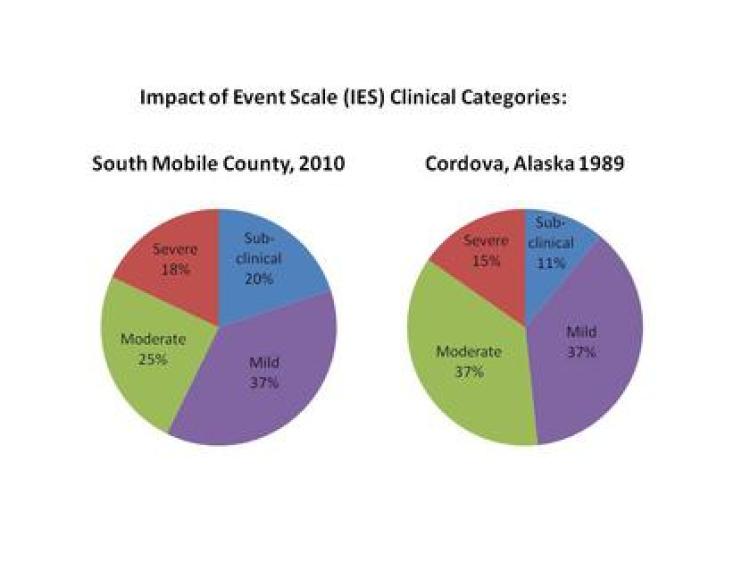 A comparison of event-related psychological distress among residents of south Mobile County, Ala., in 2010, and Cordova, Alaska, in 1989. (Chart courtesy of Liesel Ritchie, Duane Gill and J. Steven Picou) 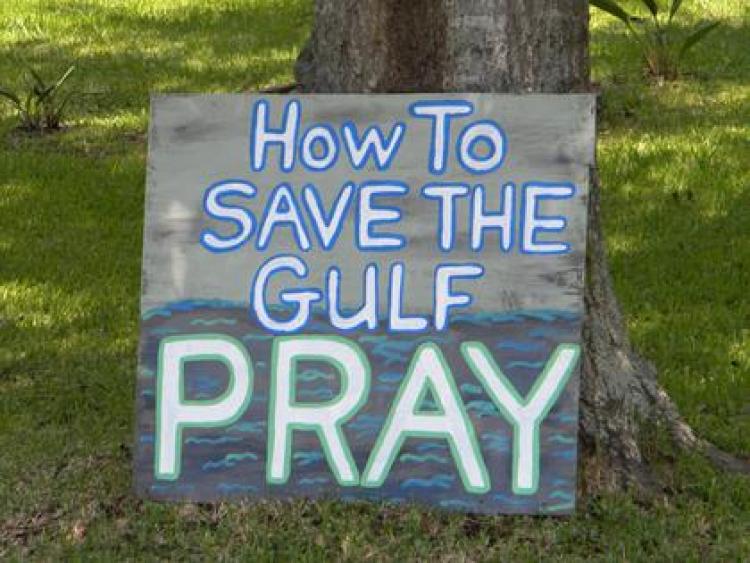 A hand-painted sign in the front yard of a home in Bayou La Batre, Ala., captures the concerns of many area residents about the contamination of the Gulf of Mexico by the 2010 oil spill and dispersants used in the cleanup. (Photo courtesy Liesel Ritchie)

University of Colorado faculty research merited $878.3 million in research awards during the 2014-15 fiscal year, based on preliminary figures, representing a near-record year for the four-campus system. END_OF_DOCUMENT_TOKEN_TO_BE_REPLACED

The University of Colorado Boulder was highly rated in a number of subject areas in the latest World University rankings by Quacquarelli Symonds Ltd. (QS). END_OF_DOCUMENT_TOKEN_TO_BE_REPLACED
Return to the top of the page