Improved measurements of sun to advance understanding of climate change

WASHINGTON Scientists have taken a major step toward accurately determining the amount of energy that the sun provides to Earth, and how variations in that energy may contribute to climate change.

In a new study of laboratory and satellite data, researchers report a lower value of that energy, known as total solar irradiance, than previously measured and demonstrate that the satellite instrument that made the measurementwhich has a new optical design and was calibrated in a new wayhas significantly improved the accuracy and consistency of such measurements.

The new findings give confidence, the researchers say, that other, newer satellites expected to launch starting early this year will measure total solar irradiance with adequate repeatability  and with little enough uncertainty  to help resolve the long-standing question of how significant a contributor solar fluctuations are to the rising average global temperature of the planet.

"Improved accuracies and stabilities in the long-term total solar irradiance record mean improved estimates of the sun's influence on Earth's climate," said Greg Kopp of the Laboratory for Atmospheric and Space Physics (LASP) of the University of Colorado Boulder.

Kopp, who led the study, and Judith Lean of the Naval Research Laboratory, in Washington, D.C., published their findings today in Geophysical Research Letters, a journal of the American Geophysical Union.

The new work will help advance scientists' ability to understand the contribution of natural versus anthropogenic causes of climate change, the scientists said. That's because the research improves the accuracy of the continuous, 32-year record of total solar irradiance, or TSI. Energy from the sun is the primary energy input driving Earth's climate, which scientific consensus indicates has been warming since the Industrial Revolution.

Lean specializes in the effects of the sun on climate and space weather. She said, "Scientists estimating Earth's climate sensitivities need accurate and stable solar irradiance records to know exactly how much warming to attribute to changes in the sun's output, versus anthropogenic or other natural forcings."

The new, lower TSI value was measured by the LASP-built Total Irradiance Monitor (TIM) instrument on the NASA Solar Radiation and Climate Experiment (SORCE) spacecraft. Tests at a new calibration facility at LASP verify the lower TSI value. The ground-based calibration facility enables scientists to validate their instruments under on-orbit conditions against a reference standard calibrated by the National Institute of Standards and Technology (NIST). Before the development of the calibration facility, solar irradiance instruments would frequently return different measurements from each other, depending on their calibration. To maintain a long-term record of the sun's output through time, scientists had to rely on overlapping measurements that allowed them to intercalibrate among instruments.

Kopp said, "The calibration facility indicates that the TIM is producing the most accurate total solar irradiance results to date, providing a baseline value that allows us to make the entire 32-year record more accurate. This baseline value will also help ensure that we can maintain this important climate data record for years into the future, reducing the risks from a potential gap in spacecraft measurements."

Lean said, "We are eager to see how this lower irradiance value affects global climate models, which use various parameters to reproduce current climate: incoming solar radiation is a decisive factor. An improved and extended solar data record will make it easier for us to understand how fluctuations in the sun's energy output over time affect temperatures, and how Earth's climate responds to radiative forcing."

Lean's model, which is now adjusted to the new lower absolute TSI values, reproduces with high fidelity the TSI variations that TIM observes and indicates that solar irradiance levels during the recent prolonged solar minimum period were likely comparable to levels in past solar minima. Using this model, Lean estimates that solar variability produces about 0.1o Celsius (0.18o Fahrenheit) global warming during the 11-year solar cycle, but is likely not the main cause of global warming in the past three decades. 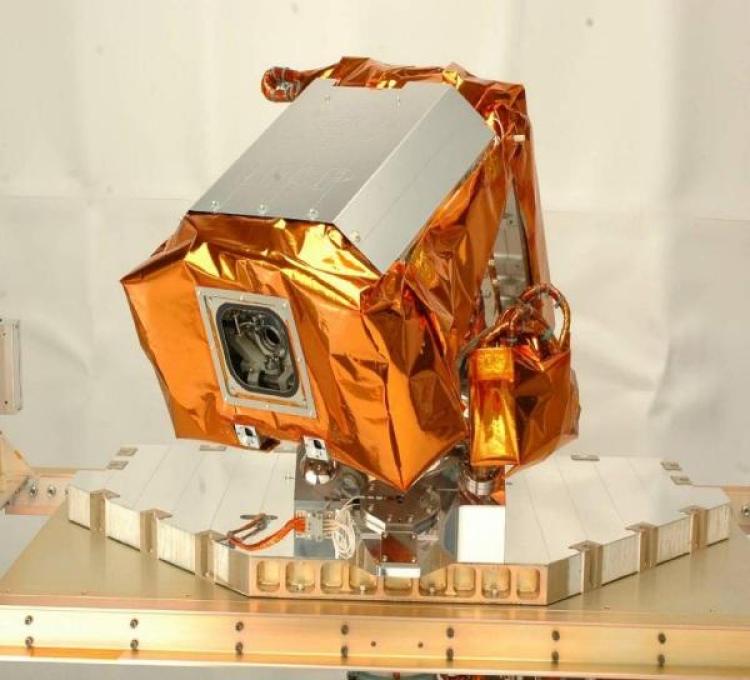 Better satellite instruments are improving measurements of solar energy reaching Earth, including the Solar Irradiance Monitor designed and built by a team at CU-Boulder's Laboratory for Atmospheric and Space Physics. Image courtesy NASA

The University of Colorado Boulder was highly rated in a number of subject areas in the latest World University rankings by Quacquarelli Symonds Ltd. (QS). END_OF_DOCUMENT_TOKEN_TO_BE_REPLACED

University of Colorado Boulder student Andrew Nelson has been awarded a prestigious Goldwater Scholarship. The scholarship is worth up to $7,500 and recognizes sophomores and juniors who have achieved high academic merit and who are expected to be leaders in their fields. END_OF_DOCUMENT_TOKEN_TO_BE_REPLACED 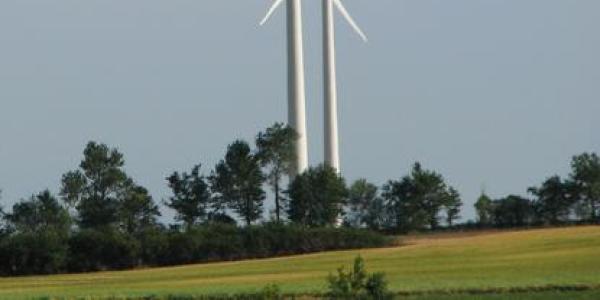 A new $2.5 million grant from the U.S. Department of Energy to a coalition of organizations including the University of Colorado Boulder will be used to help improve wind energy forecasting in mountain and valley regions. END_OF_DOCUMENT_TOKEN_TO_BE_REPLACED
Return to the top of the page