A novel project using cameras mounted on unmanned aircraft flying over the Arctic is serving double duty by assessing the characteristics of declining sea ice and using the same aerial photos to pinpoint seals that have hauled up on ice floes.

The project is the first to use aircraft to monitor ice and seals in remote areas without putting pilots and observers at risk, said Elizabeth Weatherhead of the University of Colorado at Boulder, who is leading the study team. Weatherhead is a senior scientist at the Cooperative Institute for Research in Environmental Sciences, a joint venture of CU-Boulder and the National Oceanic and Atmospheric Administration.

Monitoring the seals is important because the Arctic is rapidly warming as a result of human-produced greenhouse gases building up in Earth's atmosphere, according to climate scientists. Warming temperatures and sea ice loss are of concern to biologists because they are impacting at least some Arctic marine and terrestrial mammals.

"Because ice is diminishing more rapidly in some areas than others, we are trying to focus on what areas and types of ice the seals need for their survival," said Peter Boveng, leader of the Polar Ecosystems Program at NOAA's Alaska Fisheries Science Center.

"By finding the types of ice they prefer, we can keep track of that ice and see how it holds up as the Arctic sea ice extent shrinks," said Weatherhead.

Weatherhead gave a presentation on the subject at the fall meeting of the American Geophysical Union held in San Francisco Dec. 13 to Dec. 17. Other scientists involved in the project include Boveng, Robyn Angliss, deputy director of NOAA's National Marine Mammal Laboratory in Seattle, NMML researchers Michael Cameron and Erin Moreland, and the University of Alaska Fairbanks' Greg Walker.

The four species of Arctic seals of most interest to the research team are the bearded, ringed, spotted and ribbon seals, each of which rely in some way on sea ice for breeding, resting and as a safe haven from predators.

Known as the "Scan Eagle," the unmanned aircraft was launched in May and June of 2009 from the NOAA vessel McArthur II over the Bering Sea west of Alaska. The drone has a 10-foot wingspan and is owned and operated by the University of Alaska.

The image recognition software was developed by Boulder Labs Inc. in Boulder, Colo., and used to automate the identification of seals in 27,000 images that were collected during the flights. "The results show that the seals have distinct preferences for specific types of ice, demonstrating that ice extent is not the only factor affecting seal populations," said Weatherhead.

The Scan Eagle flights lasted from two to eight hours and flew at altitudes ranging from 300 to 1,000 feet. While the amount of ocean and ice scanned by the unmanned aircraft was small -- it flew 3- to 5-mile-long transects over the Bering Sea -- the researchers were eager to see whether the image recognition system would work for characterizing both the ice and the seals. "The answer was a resounding yes," Weatherhead said.

The analysis of sea ice by the team included edge-to-area calculations of ice floes as well as ice floe size and distribution. "There is an incredible variety of ice and we are trying to come up with mathematical ways to describe it," she said. "One thing that really interests us is how broken up the ice is in particular areas."

According to CU-Boulder's National Snow and Ice Data Center, the total loss of Arctic sea ice extent from 1979 to 2009 was an area larger than the state of Alaska. Scientists there believe the Arctic may become ice-free during the summers within the next several decades.

In December 2010, NOAA's Fisheries Service proposed to list the Arctic ringed seal as threatened under the Endangered Species Act because of diminishing sea ice and snow cover. Arctic ringed seals do not come ashore, but use sea ice for whelping, nursing and resting. Ringed seal pups are born in snow caves on the ice, and their survival can be affected by snow depths and the timing of spring snowmelt and ice breakup.

"Biologists are thrilled about the image recognition software because it could change the way we monitor seal populations," said Weatherhead. "We can send an unmanned craft out from a ship, collect 4,000 images, and have them analyzed before dinner. This is a great example of physicists working closely with biologists who are concerned with the health of seal populations."

Typically, seals appear in less than 1 percent of the images, said Weatherhead. But on the ice floes or ice edges where they are found, the software can help researchers identify seals by species. In the future, researchers might be able to identify the relative age and gender for some seal species. The software could even be adjusted to look for polar bears and their tracks.

Weatherhead said the team wants to combine its results with forecasts not only of future sea ice extents, but also of future ice characteristics that will allow for predictions regarding the impacts of changing and disappearing ice types on seal populations.

CIRES has even turned the project into a middle school game akin to "Where's Waldo" by posting aerial images of ice floes from the air and challenging students to try to find the seals. Visit the website at cires.colorado.edu/blogs/hmm/2010/09/09/find-the-seals/.

To view a short video of the project visit www.colorado.edu/news and click on the story headline. 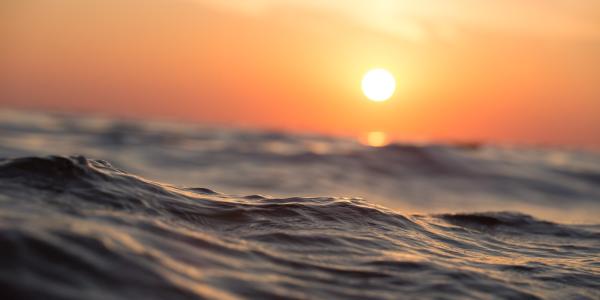 Kevin Costner, eat your heart out. New research shows that the early Earth, home to some of our planet’s first lifeforms, may have been a real-life "waterworld." END_OF_DOCUMENT_TOKEN_TO_BE_REPLACED

CU Boulder is part of a new $100 million interdisciplinary partnership to address critical water security issues in the United States over the next five years, the U.S. Department of Energy announced Monday. END_OF_DOCUMENT_TOKEN_TO_BE_REPLACED 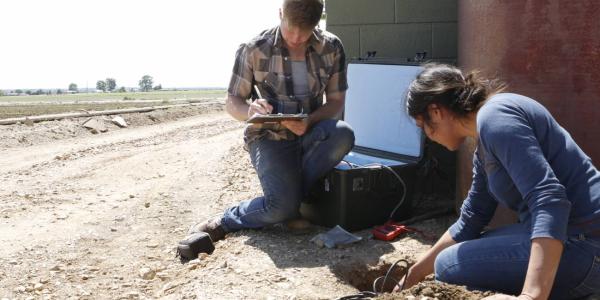 While the earthquake that rumbled below Colorado’s eastern plains May 31, 2014, did no major damage, its occurrence surprised both Greeley residents and local seismologists. To some Greeley residents, the magnitude-3.2 earthquake felt like a large truck hitting the house. END_OF_DOCUMENT_TOKEN_TO_BE_REPLACED
Return to the top of the page