A new study exploring the growing worldwide problem of nitrogen pollution from soils to the sea shows that global ratios of nitrogen and carbon in the environment are inexorably linked, a finding that may lead to new strategies to help mitigate regional problems ranging from contaminated waterways to human health.

The University of Colorado at Boulder study found the ratio between nitrates -- a naturally occurring form of nitrogen found in soils, streams, lakes and oceans -- and organic carbon is closely governed by ongoing microbial processes that occur in virtually all ecosystems. The team combed exhaustive databases containing millions of sample points from tropical, temperate, boreal and polar sites, including well-known, nitrogen-polluted areas like Chesapeake Bay, the Baltic Sea and the Gulf of Mexico.

"We have developed a new framework to explain how and why carbon and nitrogen appear to be so tightly linked," said CU-Boulder doctoral student Philip Taylor, lead author on the new study. "The findings are helping us to explain why nitrate can become so high in some water bodies but remain low in others."

A paper by Taylor and CU-Boulder ecology and evolutionary biology Professor Alan Townsend is being published in the April 22 issue of Nature. The study was funded in part by the National Science Foundation. Both Taylor and Townsend also are affiliated with CU-Boulder's Institute of Arctic and Alpine Research.

While the vast majority of nitrogen gas is abundant in the atmosphere, it is nonreactive and unavailable to most life, said Townsend. But in 1909 a process was developed to transform the nonreactive gas into ammonia, the active ingredient of synthetic fertilizer. Humans now manufacture more than 400 billion pounds of fertilizer each year -- much of which migrates from croplands into the atmosphere, waterways and oceans -- creating a suite of environmental problems ranging from coastal "dead zones" and toxic algal blooms to ozone pollution and human health issues.

Taylor said the new study indicates that in virtually every area of Earth's environment where there is substantially more dissolved organic carbon than nitrates, the nitrogen is sucked up by microbial communities. "But most of these nitrates are probably not locked away forever," said Taylor. "Instead, they are passed on to other ecosystems, essentially just moving pollution problems elsewhere in the environment."

The consistent relationship between nitrogen and carbon detected in the study was surprising, said Taylor, a doctoral student in CU-Boulder's ecology and evolutionary biology department. "The microbial communities that are controlling this link are found across the globe, whether in pristine environments or in areas of heavy pollution."

Taylor said the CU-Boulder team looked at available data from virtually every ecosystem type, ranging from high-altitude tundra and tropical forests to riparian areas and estuaries. "We looked at a large number of data sets, from sites as small as an office table to as large as entire oceans," said Taylor. "We saw the same correlation between nitrogen and carbon wherever we looked."

"The bottom line is that if there is sufficient organic carbon present, it keeps the nitrates at a low level," said Townsend. "By using available data, we can now make more accurate evaluations of when and where nitrate pollution may pop up." In the February 2010 issue of Scientific American, Townsend and co-author Robert Howarth of Cornell University wrote that "a single new atom of reactive nitrogen can bounce its way around these widespread environments, like a felon on a crime spree."

Nitrogen pollution is increasing globally in part because of fertilizer-intensive activities like biofuel synthesis and meat production that relies on the growth and cultivation of grains used to feed animals. In addition, the burning of fossil fuels -- which releases nitric oxide and nitrogen dioxide -- causes ground-level ozone pollution. Some scientists have ranked nitrogen pollution as one of the top threats to global biodiversity, Townsend said.

High nitrate concentrations in drinking water also is a potential hazard to human health and may cause several types of cancer and elevate risks for Alzheimer's disease and diabetes, while atmospheric nitrogen pollution can elevate cardiopulmonary ailments, said Townsend. In addition, studies also have shown elevated nitrogen concentrations may increase the risks of several other human and wildlife diseases.

Taylor said the new study showed that "downscaling" from a global analysis of the carbon-nitrogen link to system-specific scenarios indicates the relationship between the elements typically becomes even stronger. "Analyzing the problem using these methods at smaller scales could allow ecosystem management teams to better predict and influence the fate of nitrates in the environment," Taylor said. 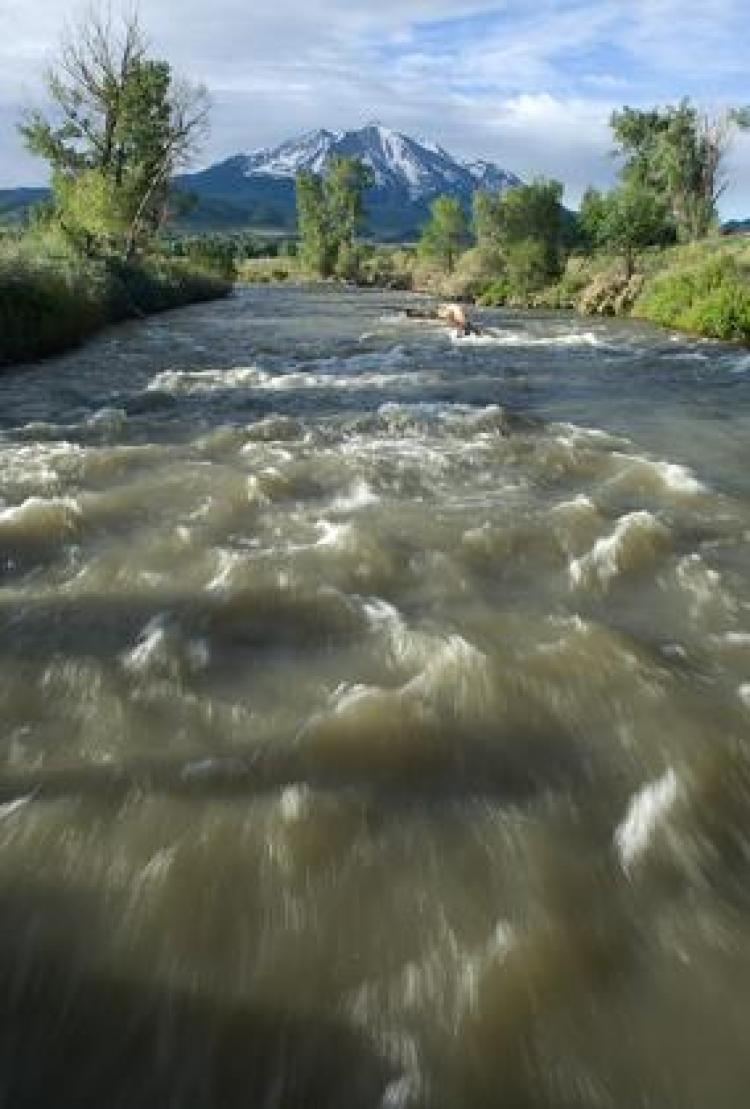