Ralph Ellison spent four decades writing but never finishing a novel to
follow "Invisible Man," which was a meteoric success in 1952 and remains an
American classic. Ellison's unfinished second novel goes on sale today, and
a University of Colorado at Boulder associate professor is one of two
editors who brought the legendary author's work to fruition.

When Ellison died in 1994, he left behind 27 archival boxes worth of
manuscript pages for his unfinished, untitled second novel. The material
included handwritten notes, typewritten pages and more than 460 computer
files on 84 disks.

Just two months before his death, Ellison told The New Yorker magazine that
he was working every day on the second novel and that "there will be
something very soon." The sprawling maze of drafts -- with no accompanying
instruction on what to do with them -- presented a particular challenge for
the editors, John Callahan and Adam Bradley.

"Three Days Before the Shooting ... : The Unfinished Second Novel" is being
published by Modern Library and is the product of 15 years of work by
Bradley, a CU associate professor of English, and Callahan, a professor of
humanities at Lewis and Clark College in Portland, Ore.

Bradley joined the literary detective work in 1994 as a 19-year-old student
at Lewis and Clark College where Callahan, a friend of Ellison and executor
of Ellison's estate, was one of his professors.

Bradley had an affinity with Ellison -- whose father died when he was a
child, whose first novel vivified America's racial divide, and whose
unfinished second novel centered upon a race-baiting senator of
"indeterminate race."

Fathers and sons. Black and white. These issues spoke to Bradley, a native
of Salt Lake City, whose own father did not raise him. His mother is white,
and his father, now deceased, was black.

Ellison's second novel dwells on paternity, race and the democratic promise
of America. A racist "white" U.S. senator is assassinated by a black man
who, it turns out, is the senator's son. The senator's surrogate father, who
is black, tries in vain to save the senator.

The subject of fathers and sons, which Bradley terms "almost an obsession
for Ellison," has everything to do with Ellison's own story, Bradley said.
Ellison was always searching for the image of the father he barely knew.

A character in "Invisible Man" tells the protagonist, "Be your own father,
young man." That theme winds through Ellison's first novel and appears more
dramatically in the second, Bradley observed.

"Ellison was writing a novel concerning betrayal and redemption, black and
white, fathers and sons," the editors wrote. "It is a novel that takes as
its theme the very nature of America's democratic promise to make the
nation's practice live up to its principles ... regardless of race, place or
circumstance."

Captivated by these themes, Bradley, then still a student, became an
accomplished literary archaeologist. Callahan was impressed and asked
Bradley to co-edit the second novel.

Before Bradley could devote himself fully to the project, though, he
established his academic credentials. He earned his Ph.D. in English and
American Literature and Language from Harvard University in 2003.

Later this year, Bradley will teach a CU graduate seminar on Ellison and
Yale University Press will publish "Ralph Ellison in Progress," his critical
exploration of the craft of Ellison's fiction. Bradley also is the author of
"Book of Rhymes: The Poetics of Hip Hop" and co-editor of the forthcoming
"Yale Anthology of Rap."

"Three Days Before the Shooting ..." will give readers their first view of
the most complete and cohesive version of Ellison's magnum opus, Bradley
said. Callahan released a small portion of the second novel in a work
called "Juneteenth" in 1999.

Callahan and Bradley edited the new book for a general audience, not simply
for scholars. They isolated their commentary to introductory notes and did
not pepper Ellison's text with footnotes. Every word in the novel is
Ellison's, they emphasized.

"We decided we wanted to keep with the democratic spirit of Ellison's
writing ... so that everyday people could pick it up and enjoy it as
fiction," Bradley said. 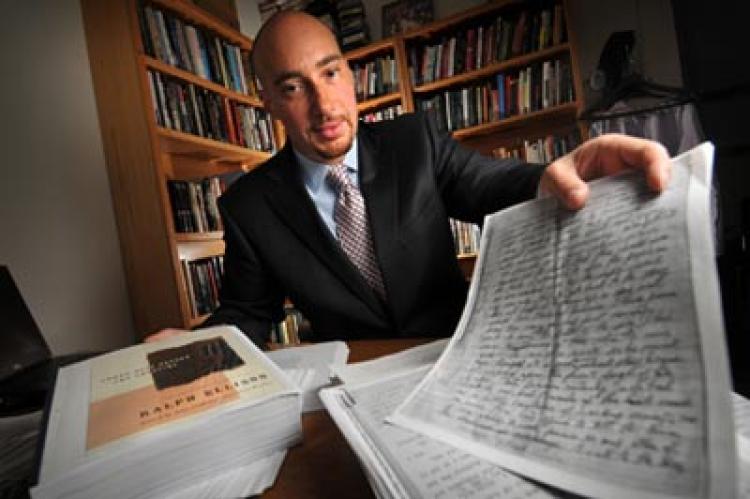 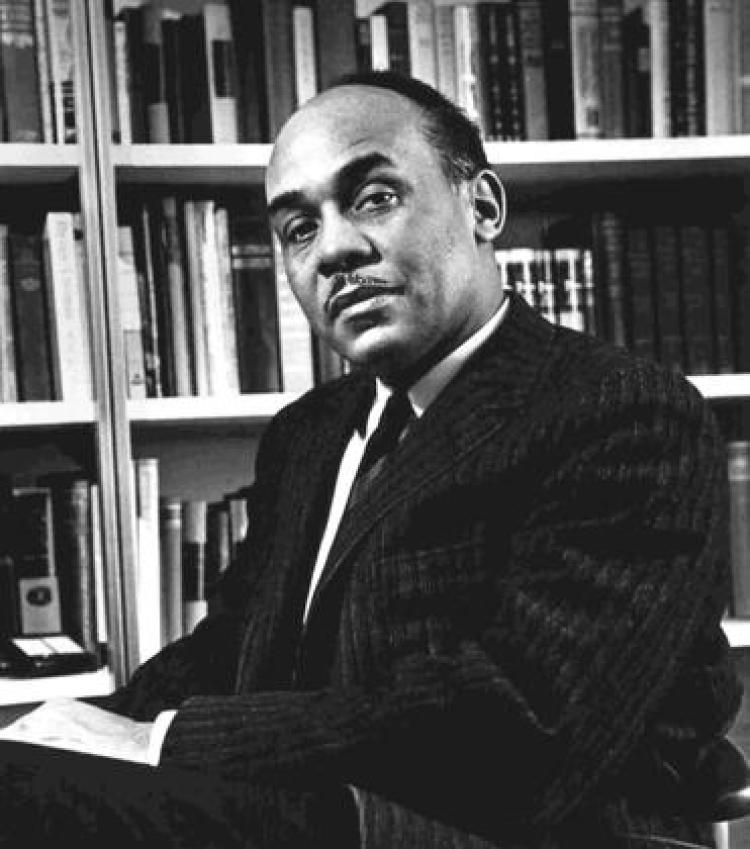