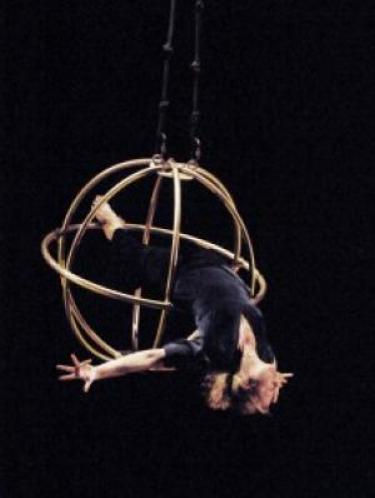 Nancy Smith is the founder and artistic director of Boulder, Colorado, based Frequent Flyers® Productions, a 501(c)3 non-profit, since its inception in 1988 and the international Aerial Dance Festival since 1999.

Ms. Smith is an alumna of The Colorado College, where she received a B.A. in Fine Arts: Dance, and she studied under the master’s program in dance at UCLA before moving to Seattle to work with Joan Skinner’s dance company. Under Joan’s tutelage, Ms. Smith received extensive training in Skinner Releasing Technique. Based in Boulder, Colorado, since 1985, she has developed the Aerial Release Technique (A.R.T.), which she has taught locally and around the US. Ms. Smith’s A.R.T. is the foundation for the Frequent Flyers’ teaching method. This method focuses on release, use of breath, correct alignment and economy of effort, poetic imagery, and a codified vocabulary. Students training with Ms. Smith gain mastery in the air and beautiful transitions from the ground to the air and back again.

Ms. Smith has received numerous awards and honors including “Women Who Light the Community”, the “Cutting Edge” Award from the Colorado Dance Alliance, the Boulder County “Pacesetters Award for Arts and Entertainment”, a Neodata Endowment Fellowship in Dance, and the “Arts Innovation Award” from the Colorado Federation of the Arts.