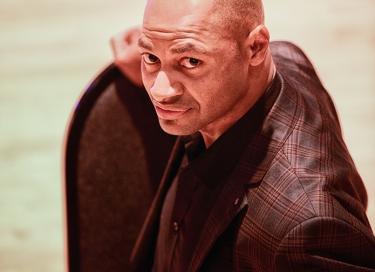 Helanius J. Wilkins, a native of Lafayette, Louisiana, is an award-winning choreographer, performance artist, innovator, and educator. Wilkins's creative research and projects are rooted in the interconnections of American contemporary performance, cultural history, and identities of Black men. In his intermedia collaborations he works with artists from a wide range of disciplines, including film, video, and design.

His honors include the 2008 Pola Nirenska Award for Contemporary Achievement in Dance, DC’s highest honor given by the Washington Performing Arts Society; the 2002 and 2006 Millennium Stage Kennedy Center Local Dance Commissioning Project Award; and multiple Metro DC Dance Awards. Foundations and organizations including New England Foundation for the Arts (National Dance Project), National Performance Network (NPN), the Boulder Office of Arts & Culture Public Arts Program, D.C. Commission on the Arts and Humanities, and the National Endowment for the Arts have supported his work.

He is a member of the National Board of Directors of the American College Dance Association for the Northwest region and was appointed in 2018 by Governor Jared Polis to the Colorado Council on Creative Industries.