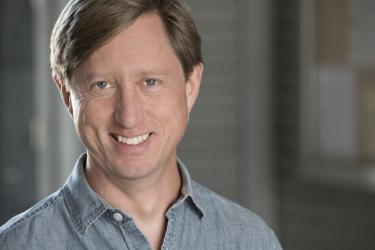 Chip has over twenty Shakespearean roles to his credit since debuting in John Houseman’s production of Richard III at the Old Globe Theatre.  He has performed with the Colorado Shakespeare Festival since 2000, including the title role in Richard II, Angelo in Much Ado About Nothing, Bob Ewell in To Kill a Mockingbird (Marlowe Award), the Duke of Norfolk in Henry VIII, King Louis XIII in The Three Musketeers (Camera’s Eye Award nomination), the title role in Richard III (Denver Post Ovation Award nomination), Francis Flute and Thisbe in A Midsummer Night’s Dream, Richard of Gloucester in Henry VI, Parts 1 and 2, and Speed in The Two Gentlemen of Verona.

Elsewhere, he has been seen as the title role in Gross Indecency: The Three Trials of Oscar Wilde (directed by Stephen Weitz) with Boulder Ensemble Theatre Company, as Richard Rich in A Man for All Seasons (directed by Anthony Powell) at the Arvada Center, in An American Christmas with Lambs Players Theatre, with Stories On Stage, and with Write Out Loud.

Following the dissolution of the Soviet Union, Chip was an expatriate actor in Prague in the 1990s, and has been a recurring guest artist in the Czech Republic.  His international work includes site-based performances with HoME Theatre Company, including the title role in Oedipus (complexly) at Divadlo Alfred ve Dvoře and in their U.S. premiere, Hologramatic Encounters (a solo audience participatory project under artists Cristina Maldonado of Mexico and Daniel Pizamiglio of Portugal), A Christmas Carol at Divadlo na Zabradli (artistic home of former Czech president Vaclav Havel), Victoria Dougherty’s English premiere of Vašek Káňa's Stalinist propaganda play, Parta Brusiče Karhana (Karhan’s Men), and numerous productions as a member of resident theatre troupe Misery Loves Company, including the Eastern European premiere of Angels in America and a bilingual co-production of The King Stag with company Divadlo Kašpar.

Chip has taught as a faculty member and teaching artist at Akademie múzických umění v Praze (Academy of Performing Arts in Prague), the University of Alabama, Prague Film School, Hunter College of The City University of New York, Gordon College, and conferences of the Association of Theatre in Higher Education and the American College Theatre Festival.

Chip is on the Board of Advisors for Culture Current in Helsinki, Finland, and in the Artistic Ensemble of Boulder Ensemble Theatre Company.  He is a member of Actors Equity Association and of the Screen Actors Guild – American Federation of Television and Radio Artists.  His academic affiliations include the Voice and Speech Trainers Association, the Association of Theatre Movement Educators, and the Association for Theatre in Higher Education.