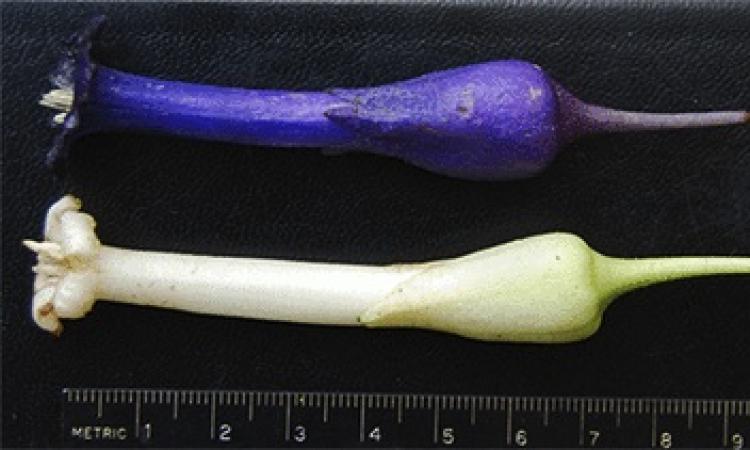 Phenotypic convergence, the appearance of similar forms in independent lineages, provides an opportunity for testing the predictability of genetic evolution. Similar phenotypes in different lineages are often due to similar changes at the genetic level. One possible explanation for this pattern is that, among the possible mechanisms for producing a particular phenotype, some genetic changes are preferentially fixed during the course of evolution. This project will test the preferential fixation hypothesis by comparing the genetic basis of white flower coloration above and below the species level. The central hypothesis predicts that a wide array of mutations will be responsible for white-flowered mutants within pigmented species, but only a subset of these classes of mutations will be fixed during transitions from pigmented to white flowers at the species level. We are using Iochrominae as a study system for examining this hypothesis because this clade of roughly 35 species has four independent transitions to unpigmented flowers as well as multiple polymorphic species (like Iochroma calycinum, right).  This research involves a combination of evolutionary genomics, transcriptomics, and pigment biochemistry, and will help us to understand the relationship between segregating flower color variation in natural populations and fixed differences between species.