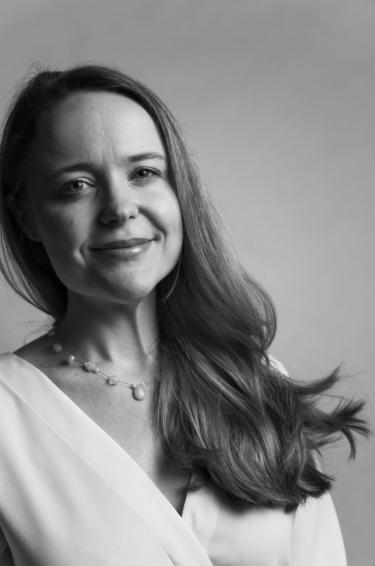 Assistant Professor of Music Technology Grace Leslie—flutist, electronic musician and scientist—joined the College of Music ATLAS Institute in 2022. As director of the ATLAS Brain-Music Lab, she aims to continue expanding this groundbreaking field of research. Prior to joining the ATLAS Institute, Leslie served as an assistant professor of music technology at Georgia Tech.

Leslie develops brain-music interfaces and other physiological sensor systems that reveal aspects of her internal cognitive and affective state, those left unexpressed by sound or gesture, to an audience. She strives to integrate the manners of conventional emotional and musical expression that she learned as a flutist with the new forms available to her as an electronic musician, using a brain-computer interface to reveal aspects of her internal mental state.

In recent years, Leslie has performed this music in academic and popular music venues, and at conferences and residencies in the United States, United Kingdom, Germany, Australia, Singapore, South Korea, China and Japan. She has also released three records of this mind-body music.

As a postdoctoral fellow at the MIT Media Lab, Leslie researched the link between cortical and physiological arousal, and developed new music interfaces that modulate this link for wellness. She later completed a fellowship at Dartmouth College where she collaborated with the neurology research team at Dartmouth Hitchcock Hospital in developing epilepsy therapies using electronic music and sound.

Leslie completed her undergraduate and master’s work in music, science and technology at the Center for Computer Research in Music and Acoustics—Stanford University and earned a PhD in music and cognitive science at the University of California San Diego. As part of her PhD, she studied the expressive movements and brain dynamics supporting music engagement at the Swartz Center for Computational Neuroscience; she also spent a year working at Ircam in Paris, collaborating on an interactive sound installation and performing experiments that studied the effect of active involvement in music listening.