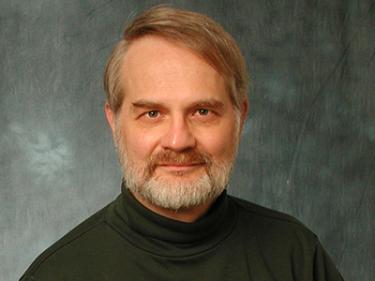 Professor of Percussion and Jazz Douglas Walter is the only marimba/vibraphone artist to win First Prize in the Concert Artists Guild Competition in New York City. His debut recital in Carnegie Recital Hall received a positive review in the New York Times. He has performed over 350 solo recitals and concerti in 40 states, Canada, Brazil and eight countries in Europe, in addition to conventions of the Percussive Arts Society, International Association of Jazz Educators and MENC.

An accomplished orchestral musician, Walter has performed with the Dallas Symphony, Fort Worth Symphony, Oregon Symphony and Santa Fe Opera, Colorado Music Festival and Colorado Ballet orchestras. He is the Principal Timpanist with the Boulder Philharmonic and Sunriver Music Festival orchestras. He has toured in the United States for 26 years with the Westminster Brass. In his lifetime, he has performed in the Nutcracker Ballet a total of 544 times.

Walter has been president of state chapters of the Percussive Arts Society in Oregon, Colorado and Indiana. His compositions are published by Dutch Music Partners, Matrix Publishing and Alfred. He endorses Encore Mallets, Sabian Cymbals and Yamaha Mallet Instruments.