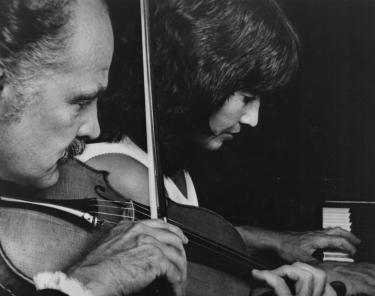 CU Boulder’s College of Music has been offering free, live faculty performances to the Boulder community for more than two decades.

As part of the long-running Faculty Tuesdays series, professional musicians in the college play concerts most Tuesdays during the fall and spring semesters, offering students and community members the opportunity to experience firsthand the renowned talent housed right here on campus. 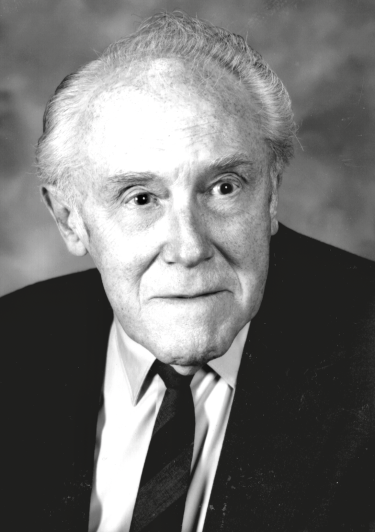 The first concert—on August 24, 1999—was a tribute to beloved Professor Emeritus Howard Waltz and featured a number of faculty performers. The next concert in the series featured the Lehnert Solo/Duo, featuring husband-wife duo and longtime College of Music professors Oswald (violin) and Doris (piano) Lehnert. [The first concert this season—on August 24, 2021—will feature Associate Professor of Trumpet Ryan Gardner and Associate Professor of Collaborative Piano Margaret McDonald in an exciting and diverse program.]

As dean, Sher inherited a series that was called First Tuesdays from his predecessor, which consisted of one designated concert by faculty on the first Tuesday of every month.

“One faculty concert a month, and only up through March, meant only a few faculty members got to perform in one year,” Sher said. “But, the College of Music had many more faculty members who were performers.”

Sher decided to change the series to occur every Tuesday to provide a more consistent schedule for concertgoers and more opportunities for faculty to perform.

“With this series, the College of Music launched something unique," Sher said. “There really wasn't a formal approach to faculty recitals at other schools and colleges at the time.”

But word of the first-of-its-kind series quickly spread to other universities. Sher routinely attended several conferences and roundtables for music deans and directors across the country, and found many of his colleagues at other institutions were inspired by Faculty Tuesdays. Some even expressed interest in similar programs of their own.

“Music deans at other schools would ask how we got such a large audience to the concerts and how we got faculty to participate,” he said.

Distinguished Professor of Piano David Korevaar has been a frequent performer at Faculty Tuesdays since its inception, participating in over 70 individual performances. 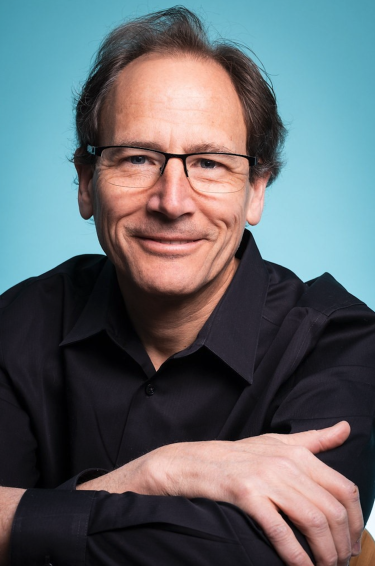 As a world-renowned professional musician who has performed throughout the United States, Europe, Asia, and Central and South America, Korevaar believes Faculty Tuesdays offers something unique.

“This is one of the best audiences I play for anywhere in the world,” Korevaar said. “And as performers, that's what musicians are all about.”

For faculty, the series has served as a platform to practice their craft. It provides them with an appreciative audience and a free venue to try out their material before they take it on the road—an opportunity that’s not offered to most professional musicians, according to Sher.

“It's integral to a faculty member’s development as a performer, because however high their level of artistry, they’re always looking for ways to to improve,” Sher said.

Faculty Tuesdays format exposes students and the broader CU Boulder community to different genres of music. And, by allowing performers to schedule their slots in advance, it also inspires faculty to plan collaborative performances with colleagues in different departments, bringing a new dimension to the weekly performances.

“After switching to Faculty Tuesdays, our professors were less siloed and began to appreciate one another, and learn more about the artistry and abilities of their colleagues,” Sher said.

“It contributed significantly to the climate of collaboration that the college enjoys today and elevated the mutual respect and admiration between our faculty members.”

Korevaar, who has collaborated with many of his talented colleagues, including  violinist Charles Wetherbee and vocalist Jennifer Bird, also believes the series has fostered cross-departmental collaboration.

But, Faculty Tuesdays doesn't only benefit performers and area audiences, it’s also an opportunity for professors to serve as role models for their students.

“A lot of what we do as professors is modeling, and part of the modeling that we do is performance,” Korevaar added. “So having these first-rate concerts available to the students on campus is very meaningful for us.”

Faculty Tuesday has always served as a space to bring together the local and surrounding communities.

The series’ accessibility has fostered professional relationships, created long lasting friendships and even allowed the community to gather during difficult times.

Korevaar reflected on one of his first and most memorable performances. During his second year on faculty, the World Trade Center twin towers collapsed in the 9/11 terrorist attacks. A Faculty Tuesday performance was scheduled for that night. Although there were discussions about canceling the event, the college decided the show would go on.

“It ended up being this really amazing community event,” he recalled. “It was what we all needed that day, and that’s the performance that really sticks with me.”

And, unlike other concerts, attendees don’t have to drive far and pay expensive fees to hear professional quality music.

Chris Brauchli, a longtime donor to the College of Music, has been a staple of the local music community since he moved to Boulder in 1958. A violinist himself, he regularly hosts local musicians at his house for chamber music jam sessions.

Brauchli has attended Faculty Tuesday performances since the series’ inception.

“The quality and level of the talent continues to blossom, and it makes the concerts superb,” he said. “It's a real treat for people who live here to be able to hear these performances for free on a weekly basis.”

The College of Music relies on community donations to continue to host Faculty Tuesdays.

“Faculty Tuesdays are free and open to the public and that’s wonderful, but donations from the community have helped the college construct new facilities for events and raised the level of performances,” he said.

To encourage others to donate, Brauchli has been known for his “magic envelope” bit on occasional Tuesday events.

Formerly inserted in each hardcopy program, there was an envelope for voluntary donations.*

“As a joke, I’ve pointed out that attendees can tear it off, throw it away and it becomes trash,” he said. “Or, they can put money inside, mail it back to the college and it becomes gold.”

*With the College of Music’s move to digital programs, give here to add your support for the Faculty Tuesdays series.

Curiosity drives Lydia Wagenknecht, a PhD candidate in ethnomusicology and recent recipient of a Fulbright Research Award. “I care that my research will help us understand something in a more broad-based way that we didn’t understand before,” she says. END_OF_DOCUMENT_TOKEN_TO_BE_REPLACED

We’re so excited to welcome alumnus Damani Phillips back to campus this week and to present him the College of Music’s 2022 Distinguished Alumnus Award at our commencement ceremony on May 5! “The versatile training provided by CU has been the cornerstone of my success to date, and has enabled me to do and be many things well beyond typical expectations,” he says. Meet Phillips and discover his powerful advice to graduating Music Buffs. END_OF_DOCUMENT_TOKEN_TO_BE_REPLACED

On May 5, we look forward to welcoming back Judith Glyde, formerly professor of cello and chamber music at the College of Music and chair of our string faculty. Since retiring in 2014 to live in New York City, the professor emerita she has been active with the college’s alumni community there, offering tremendous support to Forever Buffs who are now living and working in the city. END_OF_DOCUMENT_TOKEN_TO_BE_REPLACED
Return to the top of the page