Thousands of students have graduated from the College of Music over the decades, going on to pursue their dreams in a range of industries across the globe. Every year, the College of Music honors established or emerging trailblazers from among our global alumni community. This spring, we're proud to recognize Charlene Archibeque (DMA ’69) and Leenya Rideout (BM ’91). 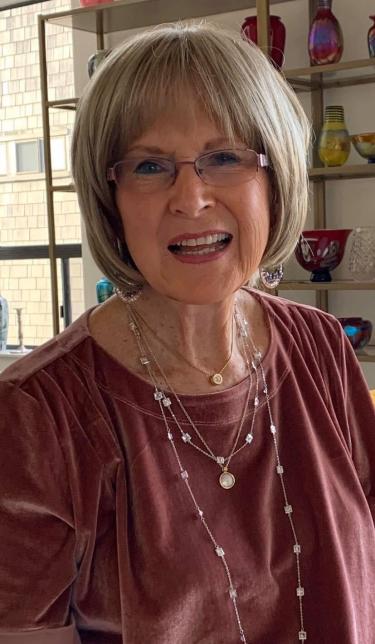 Originally from a small town south of Columbus, Ohio, called Mount Sterling, Archibeque earned degrees at the University of Michigan and San Diego State University. At Michigan, she was a music education major with her primary instrument being violin, while also training in vocal music and piano.

“In San Diego, they had a policy that women were assigned vocal music and men were given the orchestras,” she explains. “So my whole career obviously got started on the vocal track because of that policy in San Diego, which now of course would be illegal, but at that time, nobody thought anything about it. And it turned out that I really loved directing and was quite good at it.”

After spending seven years teaching junior high in San Diego, she then moved to Boulder to pursue her doctorate at the University of Colorado Boulder in the 1960s. “I was actually the only woman in the doctoral program at the time,” Archibeque reflects. “And I think [the men] were a little jealous of me because I kept my nose to the grindstone.”

She reflects on her time studying in Boulder fondly, describing it as having a small town, western feel: “I loved the school. I loved the teaching faculty. They were all very highly educated and very important people in their respective fields.” She remembers that the college also had one of the largest and most comprehensive collections of choral recordings available, and she loved being able to direct the women’s chorus while teaching classes to non-vocal majors.

“I was very happy there,” she says. In 1969, Archibeque became the first woman to ever graduate from the University of Colorado with a DMA.

Since then, Archibeque went on to achieve great feats in the choral field, lauding the College of Music for setting her up for an illustrious teaching career.

“After a year of paying back my sabbatical to the San Diego Junior College District, I was hired to be the head of the choral program at San Jose State, where I taught for 35 years,” she says. “And the more I taught, the more I thought of myself as a conductor and a teacher. I love this, so I just wanted to pursue it at its highest level.”

Now back at the SJSU campus, Archibeque is regarded as one of the foremost choral conductors and teachers in the United States. Her choirs have gone on to complete 16 concert tours around the world; she has conducted in many major halls like Carnegie Hall, Kennedy Center, and Royal Albert Hall in London; won prizes for Best Conductor at Spittal, Gorizia and Tallinn International Festivals; presented many clinics and workshops around the world; and presents on numerous panels and conventions.

“My belief, which is strongly backed up by practice, is that you can solve many problems of performance and rehearsal by where you place your singers. And of course, interestingly enough, one of my key points is that there should be at least eight feet of space between the singers, which is obviously going to have strong repercussions in today's turbulent society,” she mentions.

In the next few years, Archibeque hopes that she’ll get to share some of her expertise with fellow choir directors and stay connected with fellow musicians from the College of Music. “I think it's really, really important, that all of us grads who can continue to help keep the music department strong,” she says. 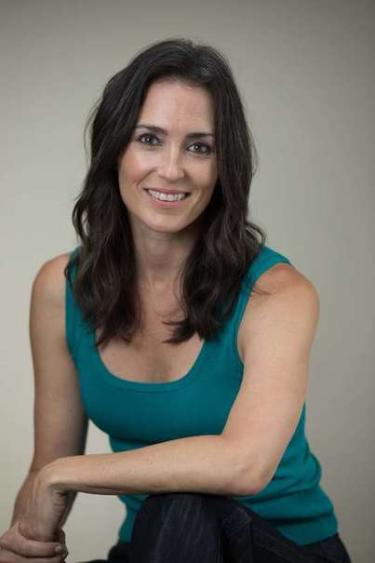 Born in Montana but raised in Fort Collins, Rideout's love of music blossomed from the age of four when her grandparents started paying for Suzuki violin lessons— and when she started acting out operas with her Barbies.

“I grew up playing folk music around the campfire with my dad who plays guitar, mandolin and banjo,” Rideout describes. “So, I sort of have that aspect of music too. I've even played in a Celtic rock band, country bands and bluegrass.”

In addition to playing instruments, Rideout quickly figured out she loved singing and was involved in choirs at Rocky Mountain High School. “I don't remember ever not singing, and I have recordings of myself on cassette tapes when I was about three. But I didn't really start studying voice until the University of Colorado.”

At the university, Rideout pursued a degree in voice performance with a minor in violin performance. “I also took as much acting and dance as the theatre department would allow,” she says.

Now residing in New York City for the past 25 years, Rideout remembers initially hesitating at the thought of moving there after her time in Boulder. “I was a little too scared to move here first. So, I went to Southern California and thought I could do movies, theater and opera there.” She moved in with her brother and various family members and ended up working in a dinner theater in Southern California before performing on a cruise ship for six months.

After encouragement to make the big move, she remembers buying a Backstage paper on the newsstand to search for auditions. “I went to a couple of auditions, and the third audition I went to was for Eliza Doolittle in ‘My Fair Lady’, which was an international tour that went all over the United States and Canada,” she recalls. Booking the part, she toured as Eliza for a year and made friends and felt like she had a community in the city.

From there, Rideout’s professional life exploded as she attended numerous auditions and did several Off-Broadway projects before booking her first Broadway show— “Cabaret” in 1997.

“‘Cabaret’ is one where I played my violin and sang and danced and acted,” she explains. “Who knew that sticking with all of my hobbies and my skills would pay off?” In fact, her most recent job—in a new musical called ‘Shanghai Sonatas’ about Jewish refugees during World War II— was portraying a violin player.

With a successful career, Rideout is grateful for her craft but acknowledges the hardships that come with living that lifestyle. “I am so glad and blessed and happy with how my life has been,” she says. “But it's not an easy thing. And because of that, it's so rewarding that I get to explore and learn about different cultures, time periods and places all over the world from each show that I do.” Being able to touch people’s lives with the stories she’s able to present keeps her passionate.

“I wrote my own musical. It’s a solo show called ‘Wild Abandon’ that got picked up and ran for five weeks Off-Broadway here in New York,” Rideout says. “And people got to see the show that I wrote and composed and that featured songs I wrote along with my mom's artwork. It was about my mom and me. It’s also about women and their needs being heard in society, even though we’re sometimes silenced. It was so rewarding.”

Today, Rideout lives with her husband, who is also an actor, and their dog. “He and I met in a show, having a ‘showmance,’ as I call it,” she recalls. As such, both actors have a deep empathy for each other’s work and lifestyles. She’s also excited that her cast album for “Wild Abandon” is now available online, and she’s thinking carefully about what projects she wants to hop onto next.

“I feel like art can do so much right now for the world. The world needs a lot of healing and a lot of bringing people together. Maybe I need to write something else,” she muses. “And I have so many ideas. It’s part of my job in these between times to be excited about a blank piece of paper, as opposed to freaking out. This is a blank piece of paper. And what do I have to say?”

Curiosity drives Lydia Wagenknecht, a PhD candidate in ethnomusicology and recent recipient of a Fulbright Research Award. “I care that my research will help us understand something in a more broad-based way that we didn’t understand before,” she says. END_OF_DOCUMENT_TOKEN_TO_BE_REPLACED

We’re so excited to welcome alumnus Damani Phillips back to campus this week and to present him the College of Music’s 2022 Distinguished Alumnus Award at our commencement ceremony on May 5! “The versatile training provided by CU has been the cornerstone of my success to date, and has enabled me to do and be many things well beyond typical expectations,” he says. Meet Phillips and discover his powerful advice to graduating Music Buffs. END_OF_DOCUMENT_TOKEN_TO_BE_REPLACED

On May 5, we look forward to welcoming back Judith Glyde, formerly professor of cello and chamber music at the College of Music and chair of our string faculty. Since retiring in 2014 to live in New York City, the professor emerita she has been active with the college’s alumni community there, offering tremendous support to Forever Buffs who are now living and working in the city. END_OF_DOCUMENT_TOKEN_TO_BE_REPLACED
Return to the top of the page