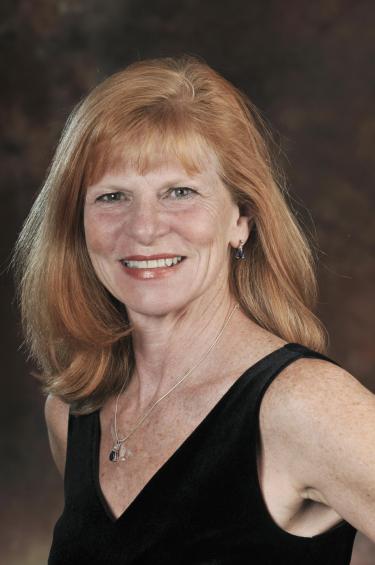 “The great thing about the College of Music is that it nurtures the idea of many possibilities within the field of music,” says Susan Olenwine (MM ’09), a Boulder-based freelance collaborative pianist, teacher and coach who also earned bachelor’s and master’s degrees from the Manhattan School of Music and an MBA from the University of New Haven. “I enrolled at CU Boulder at age 56, after a 20-year career in music administration. The education I received at CU added so many layers to my experience that we didn’t have in the 1970s.”

It was not only a different time, Olenwine says, it was a different type of institution altogether. “I went to a conservatory and we only did one thing,” she explains. “But through diverse interactions, so many more opportunities present themselves. The College of Music has developed specific programs to make it possible for students to find and pursue those opportunities intelligently, not just accidentally.

“It’s exciting to see the increasing number of double majors at the College of Music, combining a music degree with a degree from the Leeds School of Business or College of Engineering, for example.”

Before moving to Boulder, Olenwine worked hard to create such opportunities for herself. She pursued additional studies in accompanying with Samuel Sanders at The Juilliard School and coached with Bruce Simonds and Ward Davenny at the Yale School of Music. Additionally, she coached with Eli Haimowitz in Reno, Nevada, where she also took on the role of rehearsal pianist for Nevada Opera, as well as working with several choral ensembles and soloists.

“The word ‘collaboration’ is so widely used, now,” Olenwine says. “But it’s always been my instinct to partner with others, before the term ‘collaborative pianist’ came to be. Collaboration makes all the sense in the world because it means listening to one another and finding cooperation. Collaboration is a transferable skill.”

Indeed, the skill came in handy when she ultimately got into the business side of things. “I realized I had another half of my brain that I wasn’t using,” recalls Olenwine, who currently chairs the College of Music National Alumni Council (COMNAC) and serves on the College of Music Advisory Board. She’s also been deeply engaged with the Boulder Philharmonic, Boulder Chorale and Colorado Music Festival, primarily assisting with development and fundraising efforts. “I’ve had a wonderful career, combining music administration with being a staff pianist.”

Specifically, Olenwine directed administrative affairs at the Yale School of Music for 13 years. While there, she served on a university-wide committee to create and establish a single computer platform throughout all Yale colleges and departments. She also served as promotion manager for Connecticut Public Radio, manager of the Yale Symphony and assistant manager of Orchestra New England. In Nevada, she served as development director for the Reno Philharmonic and Reno Chamber Orchestra.

Musically speaking, Olenwine was well known in Connecticut’s Greater New Haven area as a recitalist and accompanist. In 2001, she traveled with the Yale Alumni Chorus to Russia, England and Wales and was the featured soloist with the Moscow Chamber Orchestra in Tchaikovsky Hall and with London’s Royal Philharmonic in St. Paul’s Cathedral. She also presented concerts in Austria and Denmark, appearing as soloist there with the United States Air Force Band. Additionally, Olenwine was pianist of the Bridgeport Symphony and Orchestra New England and performed concerti with regional symphonies.

Among the highlights of her onstage career was performing Beethoven’s Choral Fantasy at the Tchaikovsky Concert Hall with the Bolshoi Orchestra and a chorus of 320 singers. “It was one of those ‘just say yes’ moments,” she says. “I agreed to it just two weeks before the concert. The originally scheduled soloist canceled, and I was asked. Taking risks can be life-changing.”

Concludes Olenwine, who studied with Anne Epperson, Margaret McDonald and Alexandra Nguyen at CU Boulder: “I’m really, really proud to have been a student at the College of Music. The Collaborative Piano program integrates with all the majors and ensembles, and it made me a much more focused, intelligent partner—instead of just hanging back.”

And that’s why she’s happy to find herself, now, giving back.

“I’m also proud to help find unique ways to be more responsive to new graduates, providing networking opportunities with people who are already established in their careers. And like everything about the College of Music, serving on the board is an active experience with a clear purpose to serve on behalf of the students and faculty.”

Olivia Huizar Conner shares how her background inspires her to promote Diversity, Equity and Inclusion (DEI) in music. END_OF_DOCUMENT_TOKEN_TO_BE_REPLACED

Alumna Annie Booth shares how the College of Music continues to impact her career as an award-winning jazz pianist, band leader, composer/arranger and educator—and offers valuable career advice. END_OF_DOCUMENT_TOKEN_TO_BE_REPLACED
Return to the top of the page