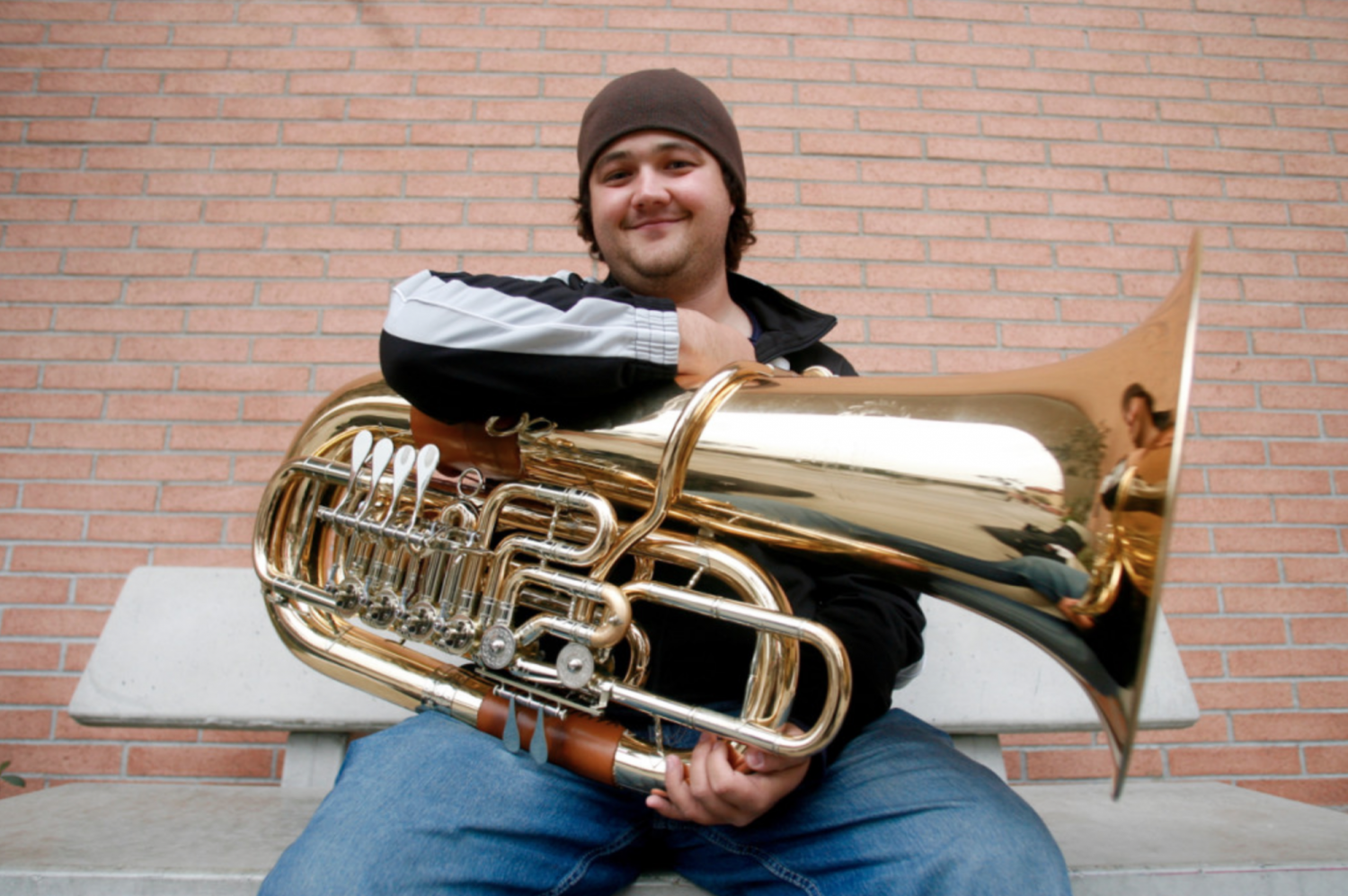 Among the founding members of the College of Music National Alumni Council (COMNAC), Michael Musick (BM ’07) is a media artist, creative technologist, composer, performer and improviser who’s also keeping busy as assistant professor of media arts at the University of Montana’s College of the Arts and Media.

“I’ve always been passionate about music,” says the College of Music tuba performance major, who went on to earn a master’s in music from the University of Southern California, a master’s in media arts at the University of Michigan and a doctorate in music technology at New York University. “My grandfather was an elementary school band director, and both my grandparents graduated from the College of Music in 1957. When I graduated, they were there as 50-year alumni!

“My grandfather taught me and my brother how to play our instruments when we were in middle school. Music was a priority in our family. And we have a strong connection to the College of Music.”

Indeed—in a stroke of “destiny and momentum,” according to Musick—both he and his brother ended up at CU Boulder, his brother in music education.

“I had the good fortune to study with Michael Allen,” Musick enthusiastically recalls. Allen previously served on the College of Music faculty as assistant professor, teaching tuba, euphonium, brass chamber music, instrumentation, theory, music appreciation and the business of music. Musick also studied with Associate Professor of Tuba and Euphonium Michael Dunn and Instructor of Music Technology and Composition John Drumheller. He further cites retired distinguished faculty member Allan McMurray, erstwhile chair of the College of Music conducting department, and Associate Professor of Trombone William Stanley as influential in establishing the trajectory of his own career.

“I wasn’t sure which path I would take,” Musick says. “At CU, I gained a really strong foundation in performance, music making and creativity through the medium of the tuba.

“Then, the financial collapse happened. I’d been enjoying quite a few gigs and recording work in Los Angeles, but everything dried up. I lost my appetite for orchestral music and just playing the tuba no longer fulfilled me. I found myself wanting to be more actively involved in the creative process.”

So the Arvada-born lover of mountains, snow and aspen trees returned to Colorado, got a job working for the Census and embarked on some serious soul searching. “That led to my coming back to the computer as a music-making instrument,” he says.

Specifically, Musick’s current practice and research is collected under The Sonic Spaces Project, which aims to create, explore and define sonic space ecosystems—a type of eco-art and interactive music system. “I love getting computers to understand something about the sound world we’re in,” he explains. 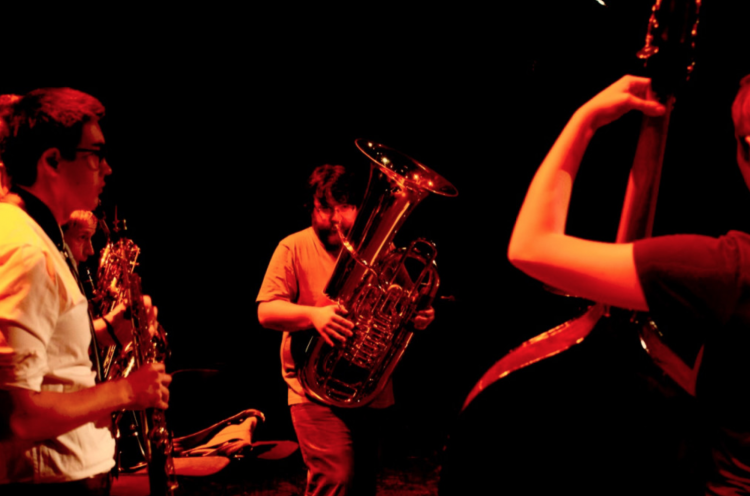 As a performer, Musick uses computers as instruments to process, amplify and play with sounds occurring in performance spaces. At the University of Montana, he also teaches Digital Arts and Technology courses focused on preparing students to contribute to an evolving world using code and modern technology as creative extensions of their own artistic voices and ideas.

“We explore the possibility of sound as an art form that allows students from various backgrounds to express themselves,” Musick says. “And we explore how sonic art complements and overlaps with music—and yet is different from music.”

He adds, “A computer will never replace a human being, but perhaps we’ll get to a place where we recognize computers as an extension of humanity. As an older Millennial, I grew up with early PCs, and I’ve come to realize that—in my head—the computer has long been a tool to extend my voice.”

At New York University, Musick was part of the Computer Music Group within MARL (NYU’s Music and Audio Research Lab) and the Citygram research group; and at the University of Michigan, he began his work with performance systems, while continuing his studies in creative improvisation and multimedia performance.

About his role on the Alumni Council, Musick says, “I feel so fortunate to be able to give back to the College of Music in this way. I hope to be a positive voice and a sounding board for the college.” Learn more about COMNAC here.

Assistant Professor of Composition Annika Socolofsky blends the realms of art and science through the Instrument Design Lab (IDL). The course offers a science-based context to instrumentation, sound and musical creation, giving College of Music students a foundation in the science of music. END_OF_DOCUMENT_TOKEN_TO_BE_REPLACED

It was a busy fall for the American Music Research Center (AMRC)! One of the... END_OF_DOCUMENT_TOKEN_TO_BE_REPLACED

Friends, My heart is heavy. Associate Professor of Violin Charles (Chas) Wetherbee passed away on... END_OF_DOCUMENT_TOKEN_TO_BE_REPLACED
Return to the top of the page