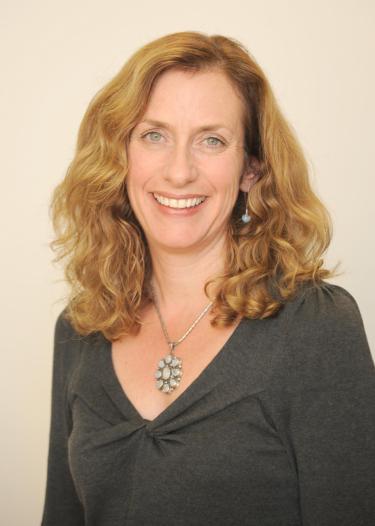 With special collections ranging from colonial era tunebooks and pirate radio to silent film scores and big band works, the American Music Research Center (AMRC) creates an experience far beyond serving as a research center jointly held by the College of Music and the University Libraries. “I think that we are a tremendous resource across campus, beyond the College of Music, that the campus is not yet fully aware of,” Professor of Musicology and Director of the AMRC Susan Thomas says.

Under the guidance of Thomas for just one year, the AMRC has made great strides in all areas of its work. “The center has three main pillars. One is providing a research archive for scholars and musicians. The second is to do outreach and build curriculum on American music and history. The third side is to support other scholars,” Thomas explains.

“We promote research on American musics, broadly speaking,” she continues. “That could be music from within the United States, but it is also, increasingly, research throughout the Americas. We are really trying to pay particular attention to cross-border and transnational expressions of American musics.”

Many of the fall semester’s programs reflected this mission. In honor of the 75th anniversary of the United States Supreme Court’s US vs. Korematsu decision (a decision upholding the internment of Japanese Americans during World War II after being challenged by Fred Korematsu), Thomas wanted to commemorate the landmark moment by bringing the No-No Boy Project to the university this fall semester. Other events included a collaboration with Otis Taylor and his Trance Blues Festival, hosting a round table with the Smithsonian, National Museum of African American History and Culture curator Dwandalyn Reece, a performance featuring Cuban singer-songwriter Luis Barbería, a conversation with the panelists of “Black Banjo and Beyond” and more.

“They were really interested in thinking about the banjo as an instrument that has a history that ties together the African diaspora and a lot of often white-identified genres. It’s an instrument that really shows the complexity of American music history,” Thomas says.

Alongside presenting events, the AMRC provides resources to support students with their academic research, especially through accessibility to the center’s vast collections. Recent additions to the AMRC archive include a massive collection of silent film scores donated by CU Boulder alum and director of the Mont Alto Motion Picture Orchestra Rodney Sauer.

“Rodney actually credits his interest in silent film to the AMRC’s silent film holding, which is where he first became aware of that music,” Thomas explains. 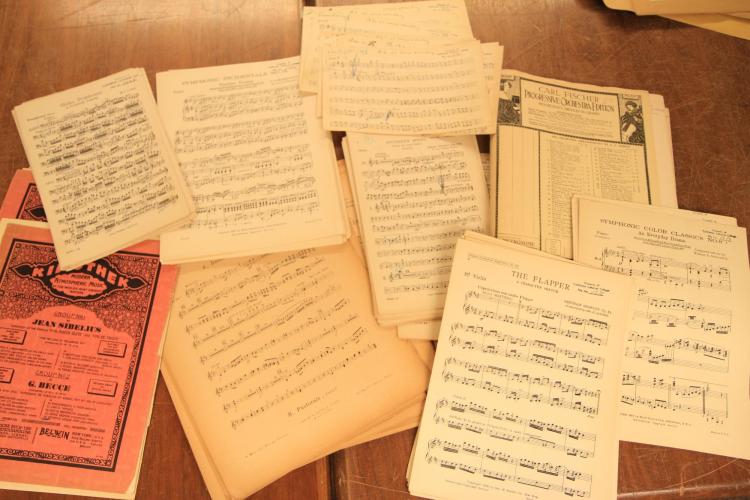 Inspired by the AMRC’s collection, Sauer began a collection of his own. “Several years ago, he was able to purchase a collection of silent film music from the Grauman’s Theater chain in Los Angeles from the ‘20s. As far as we know, the theaters had decided they weren’t going to use this film music anymore. They were throwing it out.”

“Because of the geographic specificity of the collection, it’s an interesting glimpse into what movies sounded like in California in the 1910s and 1920s.”

Additionally, the AMRC directly supports students’ day-to-day education by crafting curricula for classes and giving grants to scholars. “We supported four proposals this summer and fall of artists who are working on music from the archive related to former faculty member and composer George Lynn.”

Thomas is excited to launch into her goals of expanding outreach this academic year. “We are uniquely situated to be a bridge between the community and the academic community here on campus.”

With the goal of finding a public-facing space for the AMRC, Thomas further hopes to serve the university and regional community in supporting scholarship and pedagogy.

“There’s still a lot of work to be done,” Thomas says. “The thing that has most energized me is the number of partners that have stepped forward since I got here and the collaborations that we’re building, especially with cinema and media studies, libraries, ethnic studies, women's studies, and Native American and indigenous studies. I feel like we can help as much as be helped.”

Assistant Professor of Composition Annika Socolofsky blends the realms of art and science through the Instrument Design Lab (IDL). The course offers a science-based context to instrumentation, sound and musical creation, giving College of Music students a foundation in the science of music. END_OF_DOCUMENT_TOKEN_TO_BE_REPLACED

It was a busy fall for the American Music Research Center (AMRC)! One of the... END_OF_DOCUMENT_TOKEN_TO_BE_REPLACED

Friends, My heart is heavy. Associate Professor of Violin Charles (Chas) Wetherbee passed away on... END_OF_DOCUMENT_TOKEN_TO_BE_REPLACED
Return to the top of the page