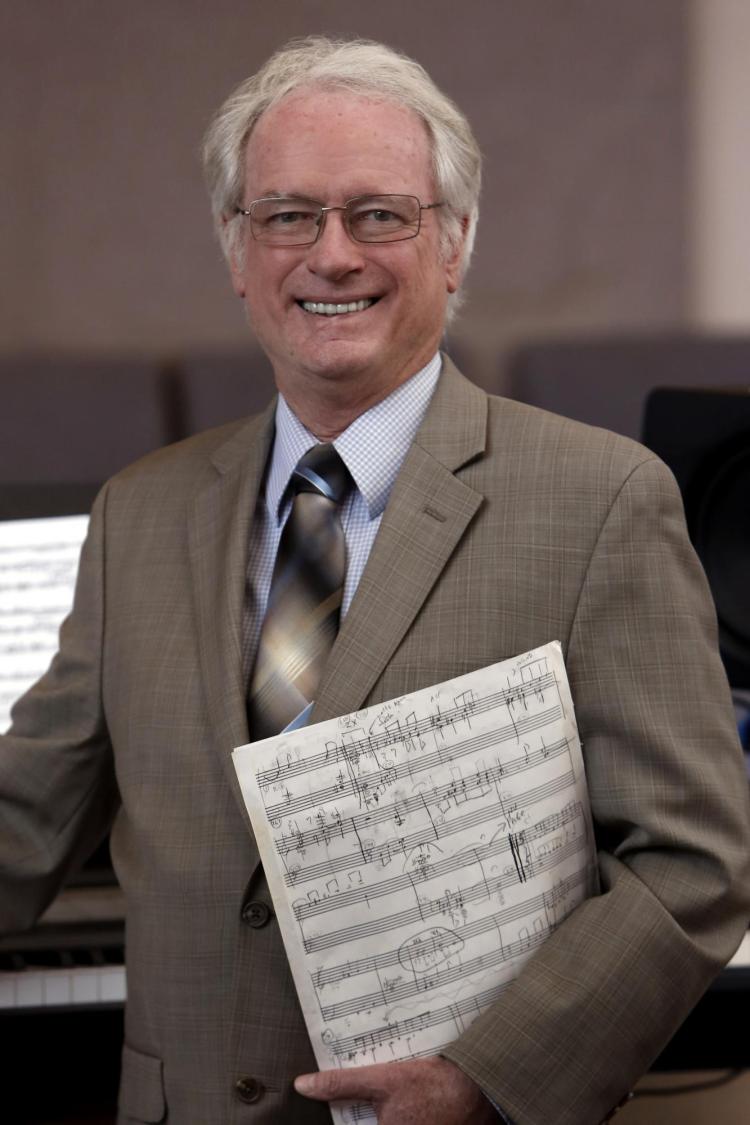 At home in Las Vegas, since 1980, acclaimed composer and music producer Timothy Cooper has garnered a wealth of experience in every aspect of the music industry. With performance credits that range from the Las Vegas Strip and the rock ‘n’ roll scene in Los Angeles to organist, pianist, composer and musical director for Protestant and Roman Catholic churches, as well as Jewish temples, Cooper (MM ’77) was the first Las Vegas composer selected to write and produce original music soundtracks for major hotel productions—with two shows running concurrently.

“I knew from my undergrad days that I wanted to make a living as a commercial musician,” says Cooper, whose formal education also includes undergraduate degrees in music and anthropology at State University of New York (SUNY) at Oswego and the University of Pisa, Italy, in his junior year, along with an advanced certificate in recording sciences from the Conservatory of Recording Arts and Sciences in Tempe, Arizona. “But at CU Boulder, I indulged in the sound of pipe organs, which I’ve always been attracted to.”

Indeed, Cooper earned a master’s in organ performance at the College of Music. “Turns out, being an organist gave me a tremendous advantage over other keyboard players in Vegas, as did the benefits of a liberal arts education,” he continues. “While there’s much to be said for places like The Juilliard School or the Eastman School of Music, I believe that having a more well-rounded education better teaches you how to learn and how to roll with the punches.”

Being at the right place at the right time also figured into Cooper’s notable success, culminating in such honors as being featured in Keyboard magazine for his original compositions, and the operating systems he designed for and employed in “King Arthur’s Tournament” (Excalibur Hotel & Casino), “Winds of the Gods” (Luxor Hotel & Casino) and “Abracadabra” (Aladdin Hotel & Casino, now Planet Hollywood Resort & Casino). Additionally, Cooper was commissioned to compose a Roman Catholic mass for the installation of the Catholic Diocese of Southern Nevada, received a SUNY distinguished alumni award, and is a sought-after lecturer and keynote speaker.

“From the time I was 15 years old, I’ve had the keys to churches,” recalls Cooper, whose family attended Trinity Lutheran Church in Boulder. “I was playing in churches by then, and have always loved to just sit in the sanctuaries at night when no one was there. There’s a certain residual energy in places of communal worship that I’ve always been drawn to. I have always felt that energy as a commercial musician, which further fed my penchant for people and a sense of community, albeit in a very different way.”

Later on, as composer and music director at the Aladdin Hotel, Cooper immersed himself in music technologies of the late 80s. “The technology was just overwhelming, especially for someone who didn’t come from a tech-oriented background,” he says. “But you just have to know this stuff inside and out, and having a liberal arts education—I call it having a degree in learning—helps facilitate that. Eventually, I became a whiz.”

Similarly, Cooper immersed himself in Arabic music to inform the Egyptian mood of “Winds of the Gods,” and in whatever culture, era and genre was called for in his wide-reaching musical career. 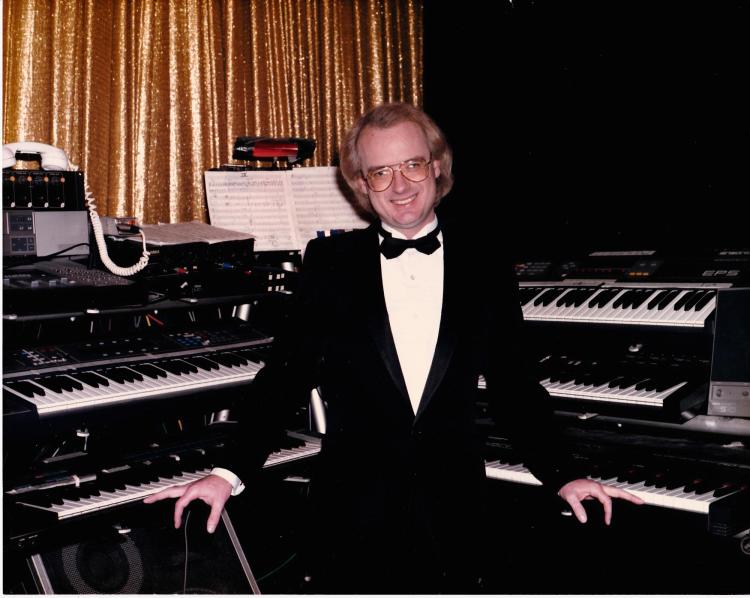 In this “oldie” (circa 1989), Tim Cooper poses in front of his showroom keyboards at the Aladdin Hotel & Casino (now Planet Hollywood Resort & Casino) on the Las Vegas Strip. He served as the Aladdin Hotel’s music director in the late 80s and early 90s.

“It’s so rare and such a privilege to make a living as an artist,” he notes. So much so, that Cooper is committed to giving back—to the Las Vegas community and to his CU Boulder alma mater where, he says, the late Everett Hilty—then head of the organ department at the College of Music—“took a chance on me,” and where the young Cooper earned his chops as a recording engineer at Grusin Music Hall. He also calls out the enduring influence of Professor Emeritus Kevin McCarthy—who taught him the elements of music—and fondly looks back on CU Boulder’s “beautiful campus and astounding brain trust.”

Specifically, Cooper established an endowment at the CU College of Music. “You only have what you give,” he says, citing the inspiration of Chilean writer Isabel Allende. “What’s the point of talent and success if you don’t use it to connect with others, with the world, with the divine? In giving, I feel the spirits of my family and teachers inside of me like a soft presence.”

Now officially retired, having a recording studio and serving as music director for two temples and a church keep Cooper busy, as does his love of languages—building on his fluency in Italian and French, he’s currently studying Hebrew. “I believe in visualization and thinking big, and it was always my dream to be a part of Las Vegas’ vibrant arts community. That dream hit with a vengeance.

“But you also have to learn to take risks and move where the work is, and I can’t think of a better boomtown for work than Vegas.”

It was a busy fall for the American Music Research Center (AMRC)! One of the... END_OF_DOCUMENT_TOKEN_TO_BE_REPLACED

Friends, My heart is heavy. Associate Professor of Violin Charles (Chas) Wetherbee passed away on... END_OF_DOCUMENT_TOKEN_TO_BE_REPLACED

Longtime Associate Professor of Saxophone Tom Myer retired in May. As the year draws to a close, enjoy his insightful career reflections and advice … and discover what he’s up to now! END_OF_DOCUMENT_TOKEN_TO_BE_REPLACED
Return to the top of the page