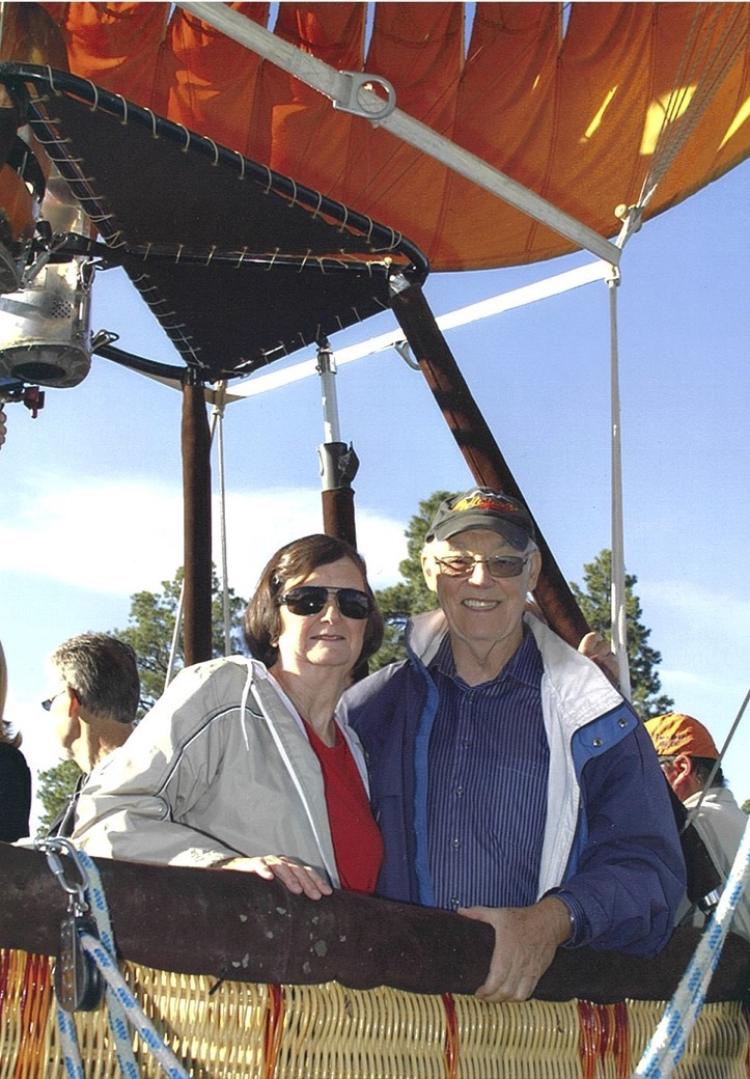 A lot has changed since Frank Parce was a music education graduate student at the College of Music in 1965. Technology has changed. Music has changed. Even the building where Parce earned his MME is changing, and now the alumnus’ name will grace one of the administrative offices in the new wing of Imig Music Building.

Specifically, the academic services office will be named for the retired Denver Public Schools teacher, thanks to his $25,000 gift. “Somebody came to me and said, ‘Here’s an opportunity to do something,’ and I’m in a position to do something to help people,” Parce explains.”

“Counseling is a much bigger deal across society than it was a long time ago. I would have benefitted from some advising or counseling as a kid.”

The gift is a nod to that cultural evolution in teaching and to the importance of the one thing that Parce says children of all kinds need to be given.

Parce grew up in the now-trendy Highlands neighborhood of Denver, right by Edison Elementary. A graduate of North High School, he’s been playing music since grade school. His mother’s counseling pointed him toward the performing arts from an early age.

“I remember when I was 11 or 12, my mother decided that I should go to drama workshops at the University of Denver. That was a big deal,” Parce says. “I’d ride the electric bus to downtown and transfer to the streetcar to DU.”

Parce and his classmates would also board the streetcar—a fixture of Denver streets in the middle of the 20th century—right outside Edison Elementary and ride downtown to attend symphony concerts. These formative experiences defined his young life both at school and at home.

“I’ve always had music in my life. I can’t remember not going to the orchestra, because my parents took me when I was little.”

When college beckoned, the love of music grew. Parce attended the University of Northern Colorado in Greeley. With little guidance from counselors, he says he had his eyes set at that age on leading musicians. “That was most of my undergrad—focusing on being the world’s greatest band director.”

Parce earned a music education degree from UNC and started teaching in rural schools in the area. But by the early 1960s, the tides of change had begun to roll around him, and Parce felt a responsibility.

“CU was more world-conscious than Greeley. It was more open,” Parce says. “I went to CU during four summers to get my master’s, then I ended up teaching elementary school general music in Denver.

“I was there almost coincidentally with the court-ordered racial integration program in the mid-60s.”

Teaching in the same school district where he grew up was eye opening for Parce. Even then, his old neighborhood had morphed from middle class to working class. He says his role as a music educator almost took a back seat to his role as a player in the racial integration of Denver schools.

“I started there in 1967—a time of big change,” he explains. “It was obvious to me because I started at a school in an African American neighborhood, then transferred to a school in a middle-class white neighborhood, and they were radically different.

“I kind of thought that talent and intelligence are not really delved out racially, and that any kid might end up to be something really wonderful given the opportunity. But that opportunity depended on race, unfortunately.”

Now, nearly 30 years after his retirement, Parce’s neighborhood and school have changed again—and so has his outlook on the role of music.

“Over the years, I forgot about being the world’s greatest band director and became more interested in opening people’s eyes and ears to various kinds of music—especially classical.”

At the twilight of his 25 years teaching in Denver Public Schools, Parce was already laying the foundation for his next job as something of an ambassador of classical music. “The Colorado Symphony would send out a pamphlet about the upcoming concerts, and one year I looked at the program notes and said, ‘This is terrible.’

“So I called the symphony and told them I could write better program notes for them, and before I knew it, I was volunteering in the front office.” 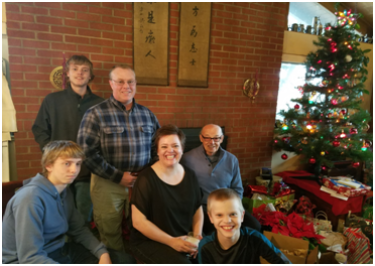 It was the start of a long-term gig as a volunteer with the orchestra, both as a front-of-house greeter and as a performer. For 22 years, Parce sang in the Colorado Symphony Chorus, performing with the New York Philharmonic, Dallas Symphony and Philadelphia orchestras in Vail.

“We also performed Mahler 2 at Red Rocks one summer. That was awesome—that’s a good word for it.”

His experience as a volunteer, both with the Colorado Symphony and Opera Colorado, has brought Parce’s life in music full circle: He’s traded the youthful wonder of a child attending the symphony for the wisdom of a seasoned classical music veteran introducing a new generation of children to this world for the first time.

“I get sentimental over things like that,” Parce says. “Recently, the opera had a workshop, and we took children around to various stations backstage—the same spaces where I went as a child for symphony concerts. I met the kids at their buses in the same place I met volunteers as a child 70 years ago.

“It’s nice to be able to transfer that experience to kids today—regardless of which neighborhood they live in.”

Parce, who is also a former member of the Music Advisory Board, is one of many in the College of Music extended community who has given generously to help turn our new wing into a home. For more information about the Imig Music Building expansion and to give yourself, visit the project page.

Assistant Professor of Composition Annika Socolofsky blends the realms of art and science through the Instrument Design Lab (IDL). The course offers a science-based context to instrumentation, sound and musical creation, giving College of Music students a foundation in the science of music. END_OF_DOCUMENT_TOKEN_TO_BE_REPLACED

It was a busy fall for the American Music Research Center (AMRC)! One of the... END_OF_DOCUMENT_TOKEN_TO_BE_REPLACED

Friends, My heart is heavy. Associate Professor of Violin Charles (Chas) Wetherbee passed away on... END_OF_DOCUMENT_TOKEN_TO_BE_REPLACED
Return to the top of the page