Kull, Fuller, Negler to be recognized at May commencement ceremony

At this year’s commencement ceremony, in addition to honoring the newest class of music Forever Buffs, Jon Kull and Tia Fuller will be fêted as distinguished alumni of the College of Music, as Joseph Negler, namesake of the Joseph Negler Endowed Chair in Music, is recognized for his contributions to the college. 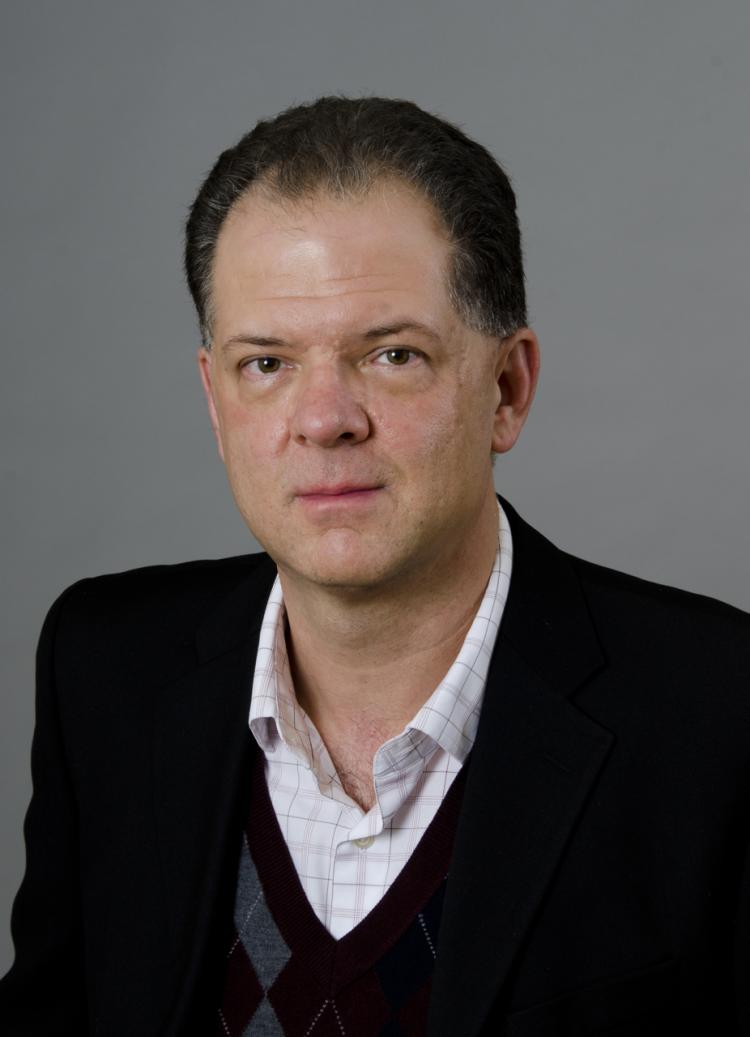 Jon Kull—a self-employed composer and orchestrator in greater Los Angeles whose studies at CU focused on piano performance and composition—has contributed to some 190 movies and additional TV movies and series.

“In mechanical terms, orchestration involves assigning the parts of an already-written composition throughout the orchestra,” he says. “In practice, orchestration also requires a certain sensitivity and mindfulness to the composer’s preferences and the requirements of the film.

“You’re there to serve the composer’s music, to honor and reflect the composer’s intent—but there’s always the opportunity to put a little bit of yourself into it, too.”

Continues Kull, “It’s pretty common these days to have several orchestrators on a composer’s team and I’ve been very fortunate to work in that capacity for a number of excellent composers.” Indeed, Kull was among a crew of orchestrators that worked with James Newton Howard and James Horner on scores for familiar blockbusters, including “Troy,” “Avatar” and “The Amazing Spider-Man.”

“Those were all a lot of fun!” says Kull, fondly recalling the inspirations and influencers at CU Boulder—and his subsequent completion of a film scoring program at the University of Southern California—that propelled him on a career path he loves.

Kull describes James Newton Howard as “an excellent composer with a great gift for blending traditional orchestral elements with electronic textures” and credits the late Richard Toensing—prize-winning composer, accomplished conductor and erstwhile College of Music faculty member, serving as professor of composition and director of the then-Electronic Music Studio—for being the first “to open my ears” to such new sound textures and possibilities.

“I remember Richard asking his class to keep a journal of the music we were listening to,” Kull says. “I was really serious about the assignment and very honest in writing down what I was listening to at the time. He validated my choices, but kindly encouraged me to step outside my comfort zone. His perspective and willingness to take risks continue to inspire me.”

So much so that Kull also remains active as a composer himself—including a new film score for the 1921 Buster Keaton comedy, “The Goat,” commissioned and performed live-to-picture by the Dallas Chamber Symphony in 2016.

Kull says he’s thrilled to return to the College of Music this spring and to be included among an impressive roster of distinguished alumni. “It’s humbling and it’s a great honor for me.” 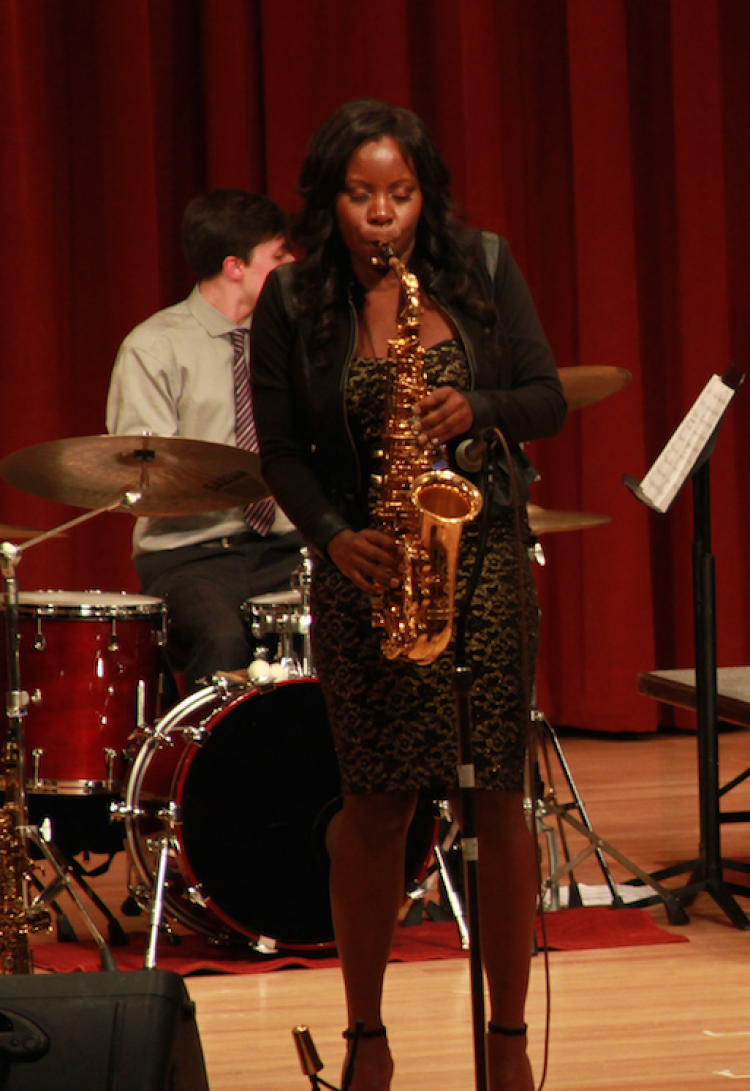 As for Aurora native Tia Fuller, “being at CU Boulder served as such a strong foundation for me,” she says. “Not only in terms of my education, but also musically, artistically and spiritually.”

The accomplished sax player recalls a visiting clinician at the College of Music encouraging students to write down what they wanted to accomplish in life and where they saw themselves in 10 years. “He asked us to expand our thinking beyond just our professional goals to also include our creative and artistic goals, our relationship goals, our financial goals and so on—in short, to consider every aspect of life,” says Fuller.

“I wrote down several things and when I looked at that list 10 years later, I’d hit about 98 percent of what I wrote down. I’m blessed that my investment in the College of Music helped me to become really clear about what I wanted in life—and to achieve my vision for my life abundantly.”

Specifically, Fuller—born to jazz musicians Fred and Elthopia Fuller, also educators and administrators for Denver Public Schools—balances the worlds of performance and education as a touring artist and full-time professor at the Berklee School of Music.

“Getting my master’s at CU Boulder, honing in on jazz pedagogy and performance, really brought it all together,” says Fuller, who has since toured with the all-female band backing R&B celeb Beyoncé and played in venues spanning Europe, Africa, Asia, Australia and, of course, the United States. She also performed as featured soloist with Beyoncé for former President Obama at the White House, and she’s appeared on a number of TV shows—including The Oprah Winfrey Show, Today Show, Good Morning America, BET Awards, American Music Awards, Total Request Live and the 2010 Grammy Awards.

“The College of Music turned out to be a safe space to learn different modes of teaching and to develop my own way of teaching,” she adds, specifically noting the lasting influence of Professor of Jazz Studies and Associate Dean for Faculty Affairs and Operations John Davis. “He’s a master of teaching and leading big bands, which I’m now doing on a regular basis.”

Concludes Fuller, “When I think of the College of Music, I remember little things, too. I even remember the smell of the hallways, which takes me way back to my summers participating in Mile High Jazz camps. I’ve always felt—and still feel—very supported by the College of Music.”

The dynamic saxophonist has been featured on the cover of Saxophone Today, Jazz Education Journal and JazzTimes Magazine. She’s also received numerous other awards and accolades, including winning Downbeat Critic’s Poll “Rising Star” two years in a row for soprano sax, alto sax and flute. 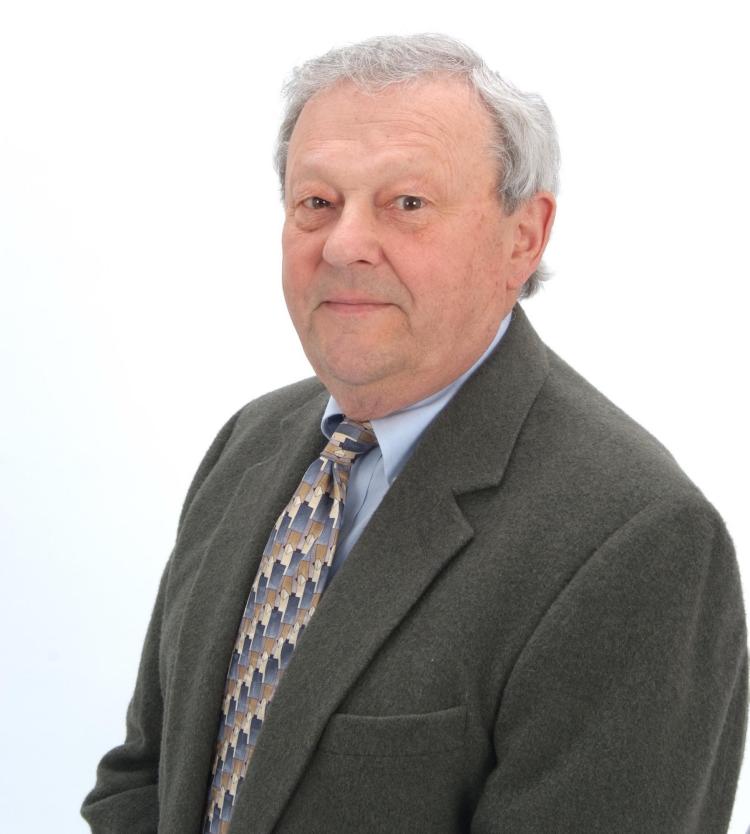 Joseph Negler earned a degree in physics at Marist College and is a veteran of the United States Army. He came to Boulder in 1965 to help establish and staff the IBM Boulder plant.  After his career with IBM, Negler became involved in a number of startup companies, including Xertex Technologies, which was a spinoff company of the Robert and Beverly Deming Center for Entrepreneurship at the University of Colorado Boulder Leeds School of Business. A jazz enthusiast, Negler has generously contributed to student scholarships at the College of Music, where he participates in the Adopt-A-Student Program and created the Joseph Negler Endowed Chair in Music. He currently serves on the Music Advisory Board and the American Music Research Center Board.

College of Music commencement is Thursday, May 10 at 3:30 p.m. in Grusin Music Hall.

Olivia Huizar Conner shares how her background inspires her to promote Diversity, Equity and Inclusion (DEI) in music. END_OF_DOCUMENT_TOKEN_TO_BE_REPLACED

Alumna Annie Booth shares how the College of Music continues to impact her career as an award-winning jazz pianist, band leader, composer/arranger and educator—and offers valuable career advice. END_OF_DOCUMENT_TOKEN_TO_BE_REPLACED
Return to the top of the page