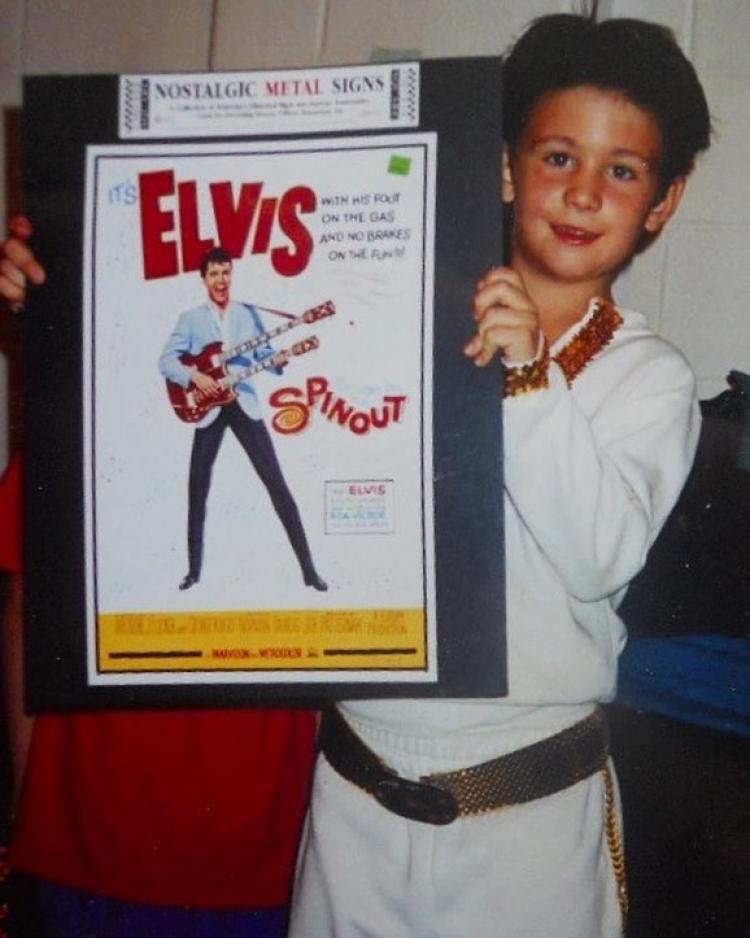 Andrew Crust was all shook up over Elvis Presley as a child growing up in Kansas City.

Our Music Buff alumni have been all over the world, performing with symphony orchestras and opera companies, educating future musicians, and studying the role of music in cultures vastly different than that of Boulder.

But how many of them can say they’ve won an Elvis lookalike contest?

Conductor Andrew Crust (DMA ’16) has focused his work the past few years on outreach and work with orchestral musicians-in-the-making during stints in Montreal, New York, Philadelphia and Portland, Maine. Now, as conductor of the Memphis Youth Symphony, the pieces of his past—including his infamous turn as The King—are coming together naturally in a perfect new role.

“Memphis has a rich history of blues and is a town that cares about the arts. We’ll be doing an Elvis pops concert with the symphony and a children’s concert centered around the city’s role in the Civil Rights movement.”

The Kansas City native, who will continue to travel back and forth to Portland, says his positions in New England and the South represent a positive new trend in professional orchestras.

“Outreach is a serious part of the work I do,” he explains. “The most important thing we can do as musicians is educate people. It’s not just about finding new ticket buyers but also sharing with people the power of music, especially people who don’t normally have access to it."

Over the summer, Crust spent some time on the East Coast with the National Youth Orchestra of the United States of America, a three-week program for high school students that provides expert training and professional performance opportunities in Carnegie Hall and other classic venues around the world. 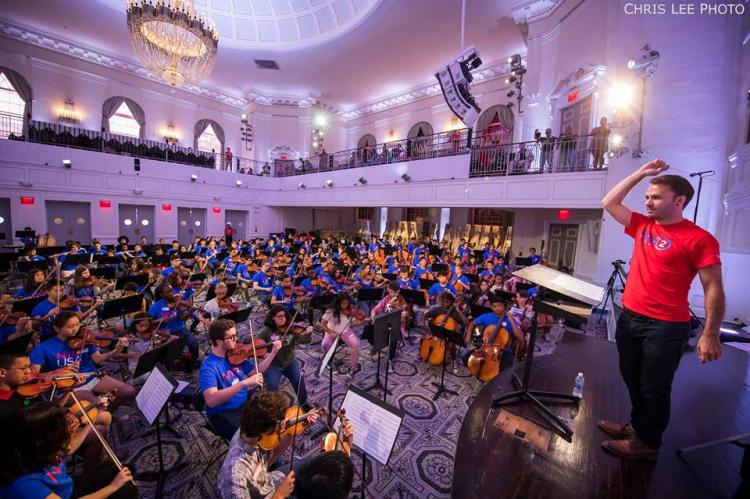 “That was a great experience, to work side-by-side with professional musicians in New York and Philadelphia. The networking was invaluable and I met a lot of people.”

In addition to networking—which Crust says is one of the most important opportunities a young person in music can make use of—the summer program had a rejuvenating effect on Crust as he embarked on his new gig in Memphis.

“I had the greatest time with these kids because they’re not jaded at all. Everything is always new and exciting and they’re not ashamed to be nerdy about something like music.

“They inspire me and give me hope that there’s a future for classical music.”

And as he continues his career in a city known for its impact on American culture and politics, Crust hopes music will continue to play a role in bringing about change.

“A symphony should be more than a group of people who plays music. You need to effect change in your community in any way you can. My hope is to continue to break down barriers in the communities where I live so that more people have a personal connection to the music and what it can do for their lives.”

Bonus: Watch Andrew Crust conduct Mahler's First Symphony in concert with the Orchestra Giovanile Italiana in Siena during a master class with Daniele Gatti, the conductor of the Royal Condertgebouw Orchestra.

Longtime college supporters Jeannie and Jack Thompson gave a gift naming the dean’s office in the expanded Imig in honor of Bruce and Marcy Benson. END_OF_DOCUMENT_TOKEN_TO_BE_REPLACED

In part two of this blog series from junior Curtis Sellers, we have tips for how to make the most of your time as a student at the CU Boulder College of Music. END_OF_DOCUMENT_TOKEN_TO_BE_REPLACED

For Claire Glover (BME ’17)—recipient of the Colorado Music Educator Association’s 2020 Young Music Educator Award—the mentorship she received at the College of Music is key to her success. END_OF_DOCUMENT_TOKEN_TO_BE_REPLACED
Return to the top of the page